You are at:Home»Latest»Broony on his hilarious memory beating Barcelona

“Yeah, I enjoyed playing against them all,” the notorious hard man joked. “Not getting a kick of the ball for 90 minutes was absolutely amazing.”

It isn’t every day that someone plays against the great sides football has seen; Brazil’s stars of 1970, United’s treble-winning side of 1999, Spain’s pass masters of 2012 and Barcelona’s revolutional 2009 side.

But Scott Brown more than lived to tell the tale.

And not many have actually beaten them – something he did too as he beat Barcelona 2-1 in 2012 thanks to a certain Tony Watt. 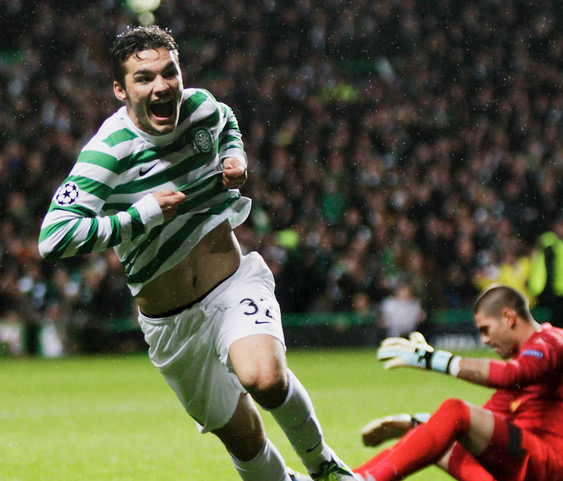 07.11.2012 Glasgow, Scotland. Tony Watt and Victor Valdes in action during the Champions League game between Celtic and Barcelona from Celtic Park.

Xavi and Busquets played on that memorable, memorable night – but it was their partner Andres Iniesta which had Brown daydreaming the most with his virtuoso.

“The best I ever played against,” Brown said to the BBC.

“He just turned and ran at me and I panicked. I thought the only way to stop him was to bring him down – and I ended up bringing him down quite a lot.”

They weren’t the only good midfield Broony faced in his time – AC Milan, Bayern Munich, Paris Saint-Germain all tried the trade at Celtic Park – but the Barcelona boys wowed him more than any, alongside Andrea Pirlo.

“Pirlo was 34 when I played against him. He couldn’t run but, boy, could he move his hips. Nobody could take the ball off him. Incredible.”

Although, despite their talents, Brown wasn’t happy with his team mates when facing the world’s best. Swapping shirts is a huge part of the game sometimes, but in typical Broony fashion, the hard nut was not too pleased when his Celtic colleagues were asking for shirts in the home

“I was never one to run and get a strip from other players. 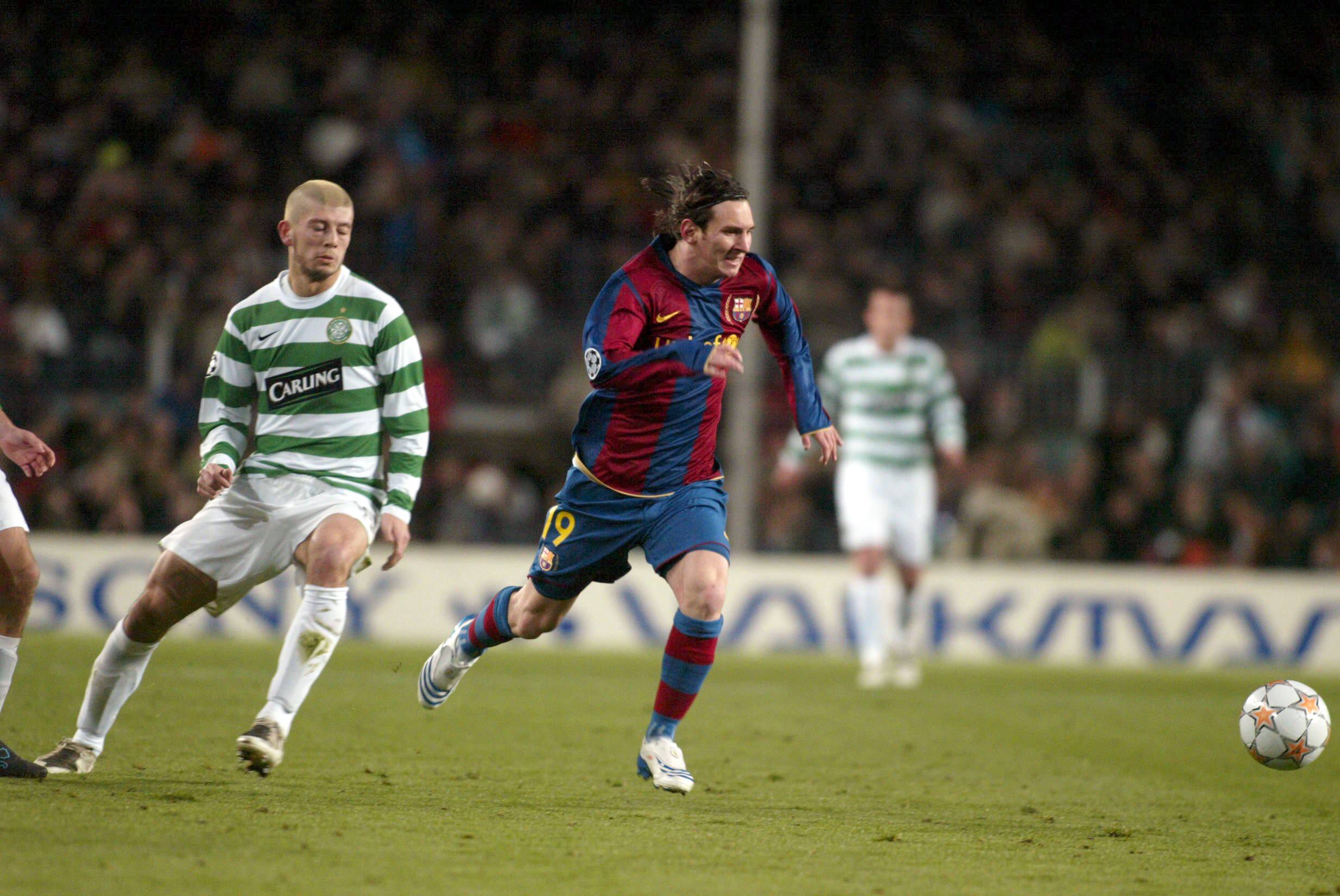 “That time in Barcelona it was four or five at half-time and some of the lads were sprinting up the tunnel to try and get Messi’s strip and I was losing my head. Why would you want to get somebody’s strip who’s just ripped you a new one? I’m looking at them. ‘Messi, Messi, please, strip, strip…’ I went in and lost the plot. At the end of the game, they did the exact same.”

In all fairness, he has a point – but it sure is a funny story, the thought of Efe Ambrose and Derk Boerrigter asking Lionel Messi to swap shirts in front of a bamboozled Brown.

“All those great players I played against and I never asked for a strip even though deep down I probably wanted to. Until they came looking for my strip I wasn’t going looking for theirs and I never saw Messi running down the tunnel after me going. ‘Broony, Broony, can I swap strips with you please?'”

I know a few people who might have asked Scott Brown for a shirt swap – who knows, maybe Messi has posters of him on his wall…