You are at:Home»Latest»Bye Bye – Boyata agrees terms with Hertha Berlin, who last won the Bundesliga in 1931

DEDRYCK BOYATA has played his last game for Celtic, after rupturing his hamstring in the Glasgow Derby win over the Rangers last Sunday. The Belgium World Cup star’s contract at Celtic ends at the end of next month and he is free to sign for another club having refused all advances of signing a new deal at Celtic.

Now news has emerged from Germany that Boyata has agreed personal terms with Bundesliga side Hertha Berlin. 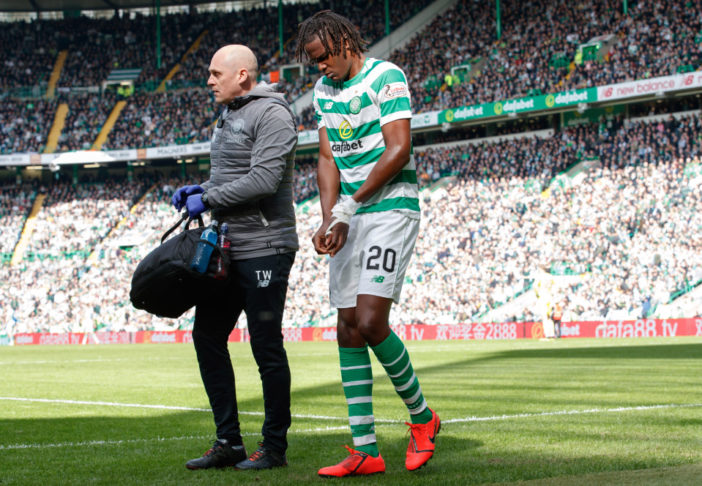 Olympiacos have been linked with the Celtic defender on an ongoing basis and Fulham had a £9million bid rejected by Celtic last summer when Brendan Rodgers insisted that the player should not be sold. The London club were relegated from the English Premier League this week, despite spending over £100million in transfer fees this season, so it’s hard to see how Dedryck would have made a difference!

Now though reports from Germany, according to the Scottish Sun, claim Boyata has agreed to sign for Hertha Berlin, who currently sit in mid-table in the Bundesliga.

Hertha are planning a rebuilding job next season and require for a replacement for Swiss international Fabian Lustenberger, who is moving to Young Boys Bern.

Manager Pal Dardai has made Boyata his main target for the summer and now German reports have insisted Boyata has agreed to move to the German capital and he is set to play his football at Hertha, who last won the league in 1931.

Previous ArticleWatch 19 Celtic goals scored on this day over the past 51 years
Next Article ‘Morelos, Idiot. Kent, Idiot, Halliday, Daft as they come,’ Ally McCoist