You are at:Home»Latest»Callum McGregor on Celtic game plan to end Livingston jinx

With nine games of the Scottish Premiership to go – and with Celtic defending a three-point lead at the top – it would be a fair assumption there could be a few butterflies floating around the stomachs of this Celtic team.

Yet captain Callum McGregor is having none of that, instead he’s let it be known Celtic are relishing the pressure that comes with sitting top of the pile. 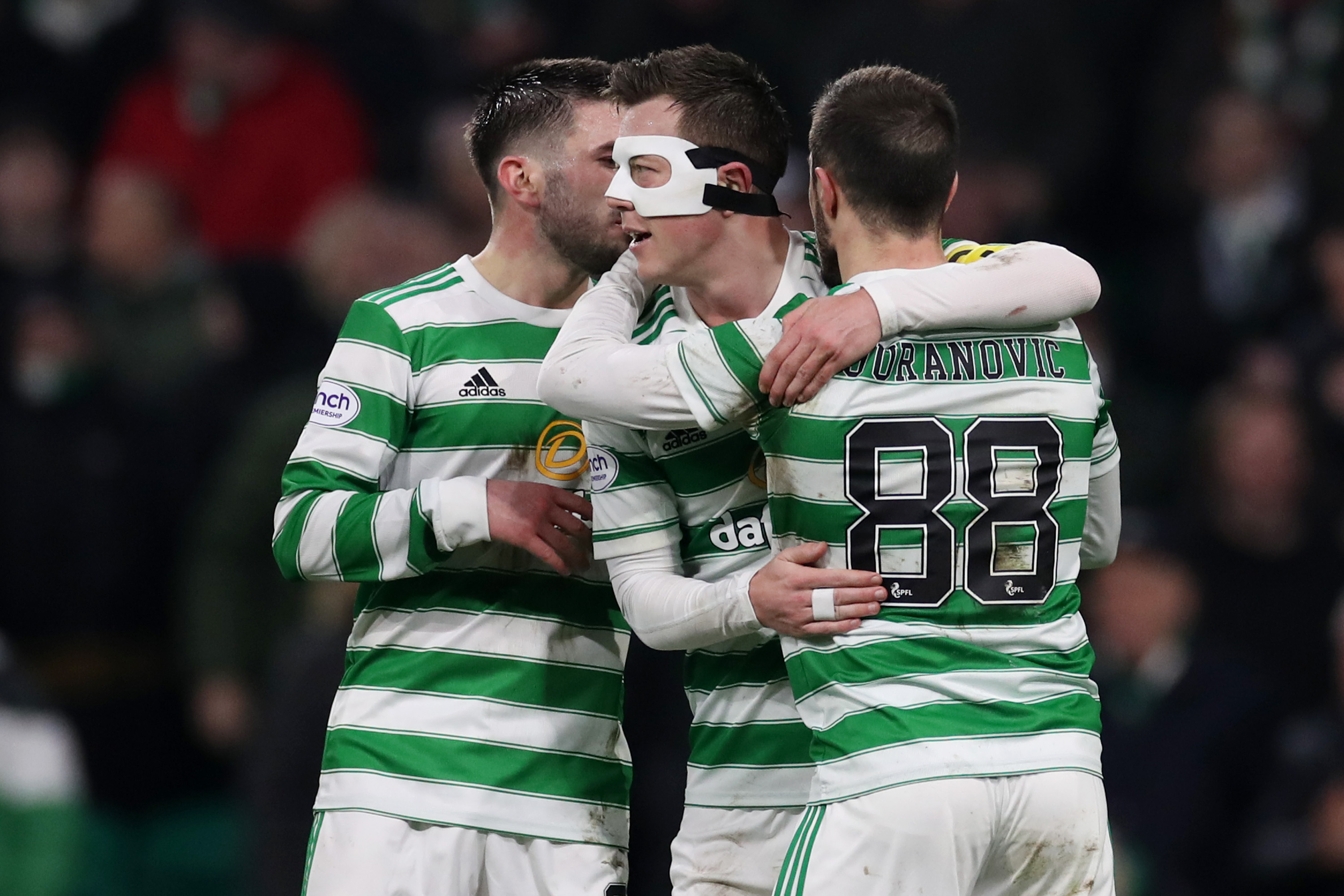 McGregor evidenced his belief in the Ange Postecoglou process which took Celtic to the summit with a cool, calm and collected driven finish that settled the nerves on Wednesday night against St Mirren and set the example he believes his teammates will also follow during a title run-in, that may be water off a duck’s back to McGregor, but is a new experience for many within the Celtic dressing room-

As McGregor stated at the post match media conference on Wednesday night, which The Celtic Star attended, there is a calmness in the group alongside a togetherness behind a manager’s process that has got them this far quicker than may have been expected.

“It’s going to be a nervy run-in towards the end. This is what football’s about. That’s what you want. You want the challenge. Every single game there is pressure and you have to rise to the pressure, but that’s what it’s like playing at a big club.

“The boys are enjoying it as well. You can see it, even day to day in training. They’re up for it, they’re together, there is good camaraderie. It’s just about the players and everybody staying calm and trusting what has got us this far. It works, so we keep doing the right things. Hopefully we will do enough to get there.” 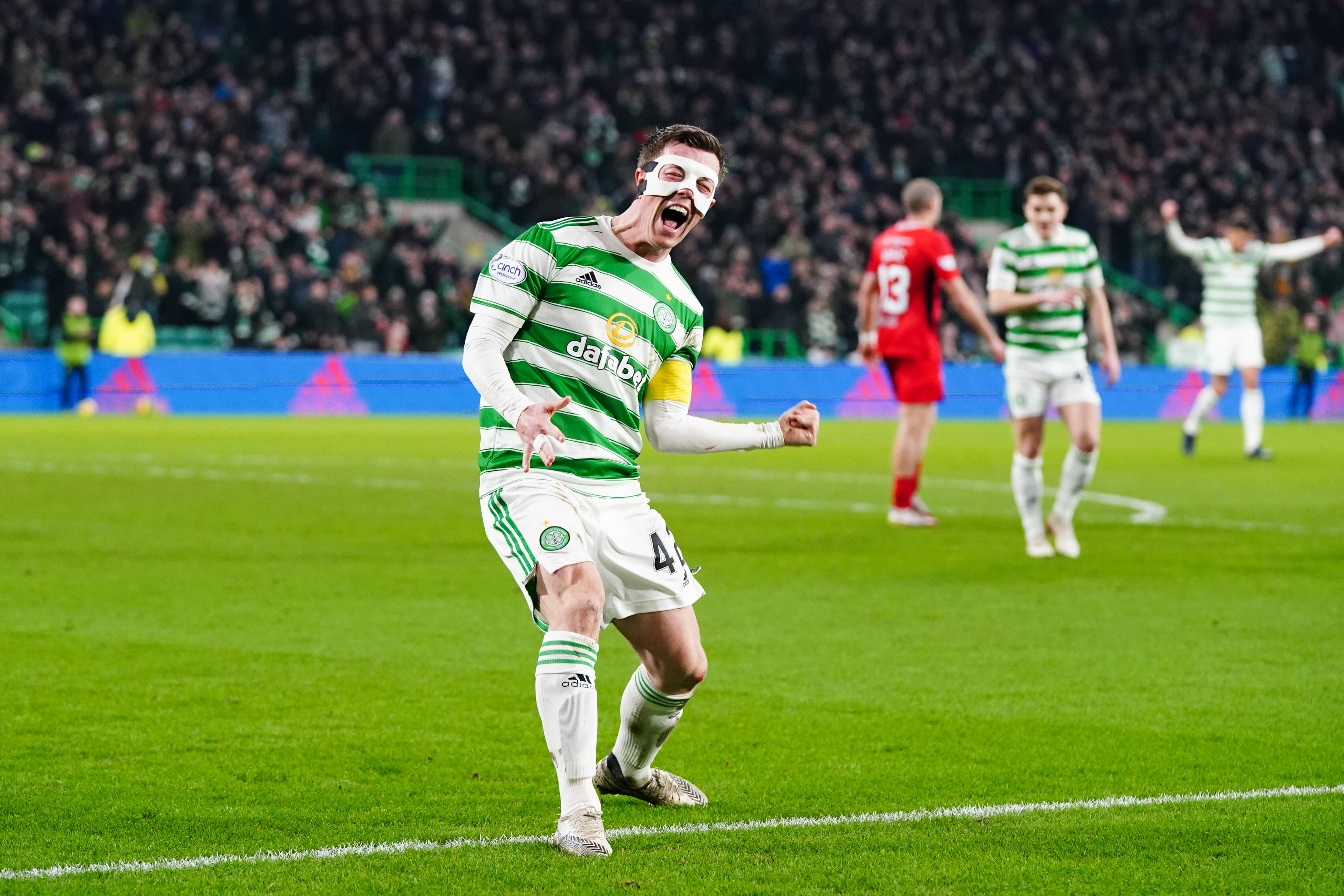 Celtic of course head into a weekend fixture few within the Celtic support would have been looking forward to in the fixture schedule – a league visit to Livingston, the Tony Macaroni and THAT plastic pitch, a surface Celtic have struggled to win on.

Celtic have to find a way to get the Livingston away monkey off the back this Sunday lunchtime and although McGregor acknowledges Celtic’s form there hasn’t been strong of late, he is sure tactically the manager will have something up his sleeve.

“We have kind of struggled to pick up results, especially away, so we just try to implement the game model that we want. We will look at it over the next couple of days, anticipate what they will do and try to come up with a gameplan to beat that.”

Wee word with Ange after the match… pic.twitter.com/fAxNA8IEk1

Celtic haven’t won in the league at Livingston since Marin O’Neill was in charge at and if they are to protect their lead at the top of the league that is likely to have to change this weekend.

Callum McGregor’s first season as Captain has been a success this far. His performance and goal in midweek, as frustration was evident from the stands and the players struggled initially to break down St Mirren’s defensive tactics, was a patient yet driving influence on the team. 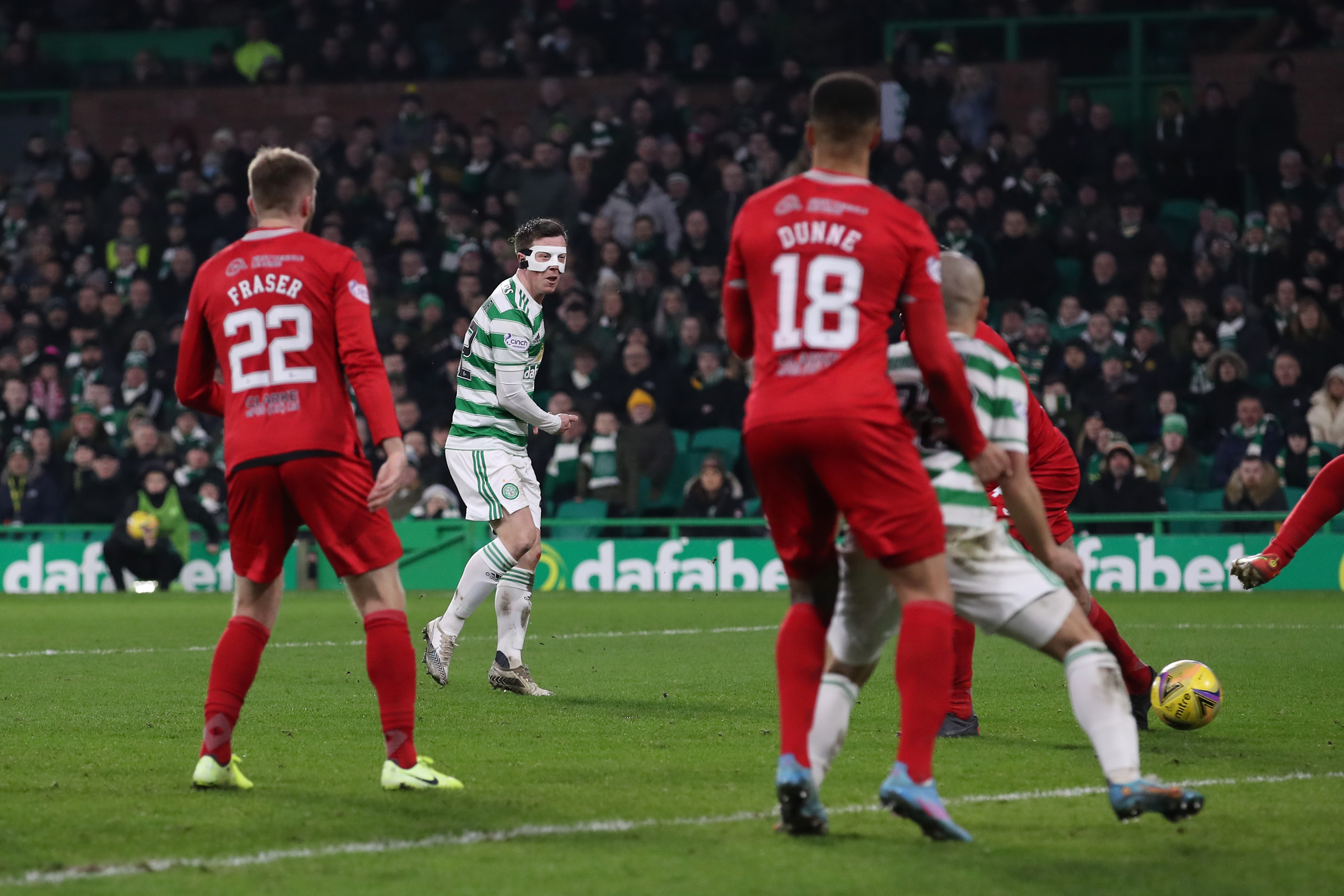 This match will be another big challenge for Callum McGregor as the leader of the pack, however this is a player who has been there, done it and seen it all, and that’s the experience he can pass down to some who haven’t been over the course before.

The Livingston bogey team phenomenon lies with Celtic and not with this group of players, and Callum McGregor can use that to Celtic’s advantage as Celtic seek out the sort of win on Sunday that can blow away a hoodoo and push Celtic ever closer to regaining the league trophy. 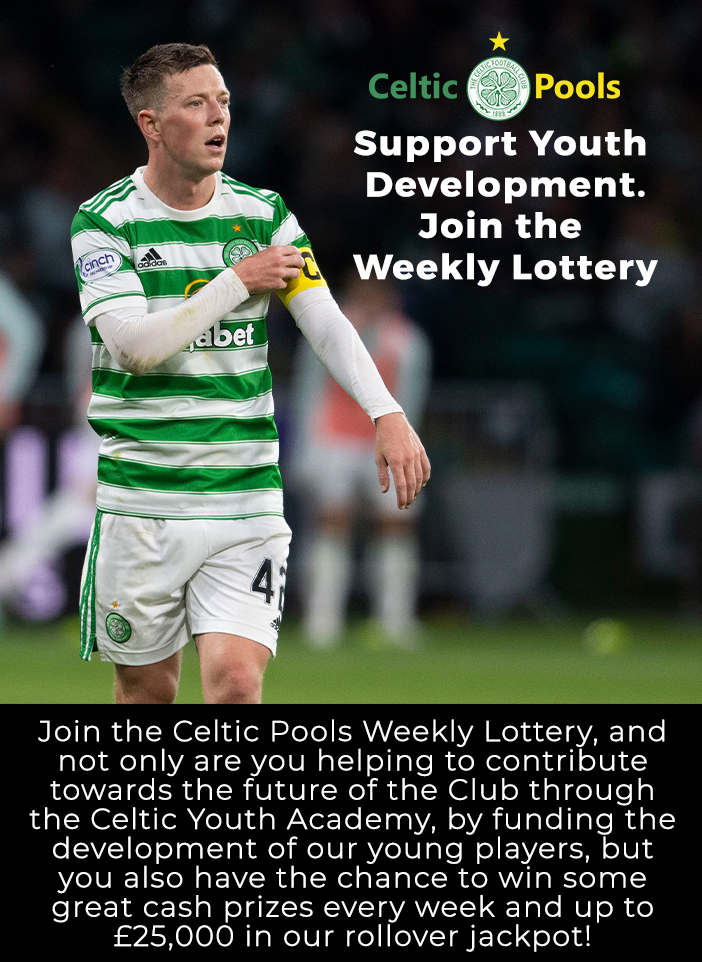