Pent up nervous energy certainly played a part in the opening exchanges at a wind-swept K-Park as Celtic entertained Glasgow City in their first SWPL encounter since 13 December.

Celtic, with a substantial wind at their back, and Glasgow City facing it head on, were always going to eventually settle down to very different tactics to account for today’s conditions, yet for 15 minutes it was simply an exchange of physical aggression and limited football, until one side would emerge with some sort of tactical advantage. 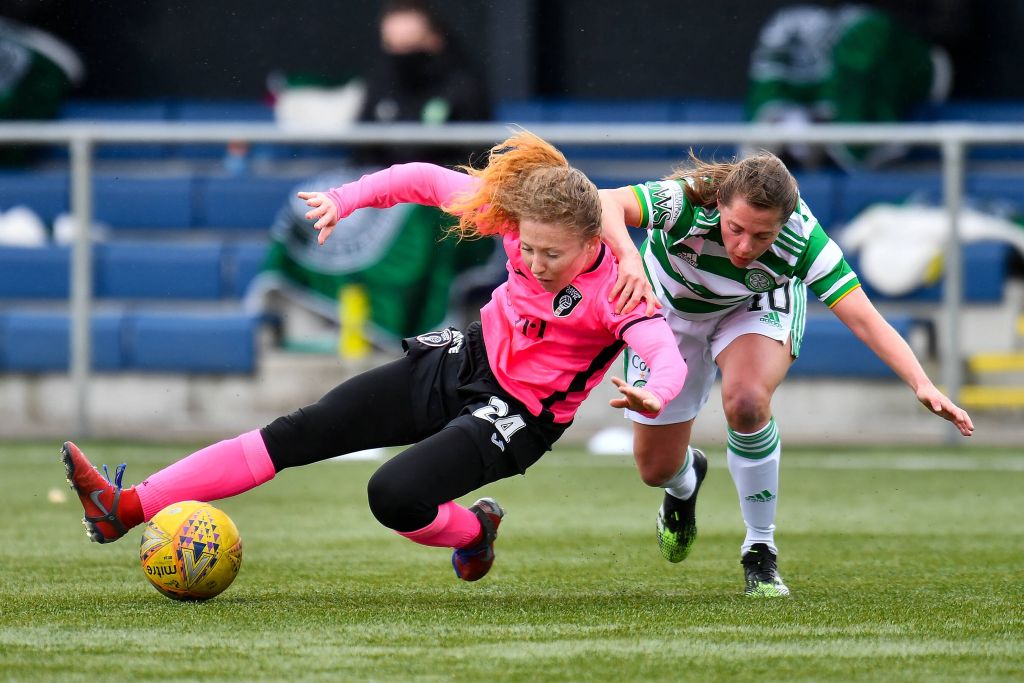 Eventually, as any side playing into the wind soon learns, short passing and minimal distance between teammates tends to win the day, and City soon gained a foothold, a tactical advantage, and by the end of the opening 45 minutes went in at the break a goal to the good. In fact, in 45 minutes of action there were only really two clear cut chances.

First up, seventeen minutes in and following a Lisa Robertson concession of a free kick at the edge of the area, City’s Hayley Lauder struck a well worked but dreadfully defended free kick goalward, but in truth the time taken for the training ground free kick, allied the lack of a reaction from Celtic’s defence, perhaps made it look better than it was. But still as Celtic slept on the job a warning shot was fired and three minutes later Celtic were to fall behind to the opening goal. 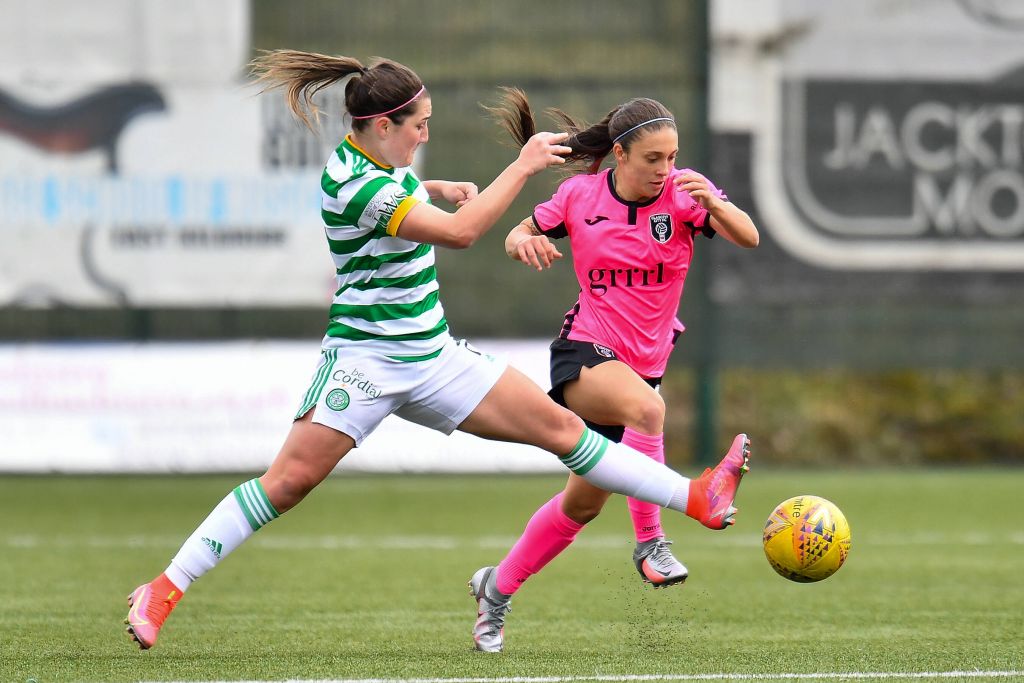 On this occasion City’s Nicole Robertson comfortably evaded the Celtic defence and latched onto a percentage ball over the top, Robertson fashioned space well and sent the ball into the six-yard box for City’s Aloife Colvinn to tap in, with Chloe Logan scrambling in vain to keep the ball out of the net.

In truth Glasgow City deserved the lead. Celtic with the wind behind them seemed caught between two stools as to whether to match their opponent’s short passing game or play it up to an isolated Rachel Donaldson bereft of both the support and necessary physical presence to render such tactics effective. In the end neither option worked. And as Celtic headed in at half time both formation and personnel changes must have been on the mind of Fran Alonso, as opposite number Scott Booth held the tactical advantage at the break. 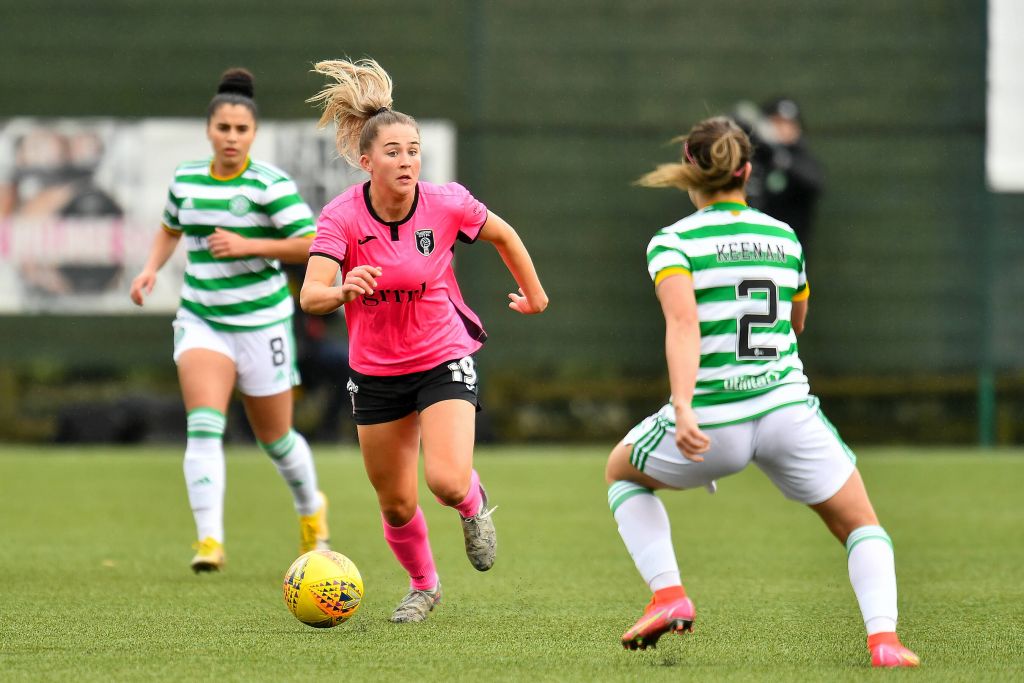 The second half started much the same as the opening third of the first period as both sides fought for a tactical advantage, before on the 60th minute Fran Alonso played stick ahead of twist and made a triple substitution to try and eke out some kind of advantage over a stubborn opponent.

Initially, at least from a territorial point of view, the exits of Jacynta, Donaldson and Hayes, making way for the barely believed omission of Sarah Ewens, as well as new signing Izzy Atkinson and the returning from a year long absence Sarah Teegarden, led to Celtic making some initial strides as the Hoops at least spent some time pushing the envelope as an attacking force. Yet despite the territorial advantage the Hoops made little to no impact on Glasgow’s well organised system.

Much of this could be blamed on the omission of Ewens as an attacking threat who caused today’s opponent much concern away from home earlier this season. But in truth, Lisa Robertson who remained,, alongside Kelly Clark, Celtics best performer this afternoon, missed midfield partner Natalie Ross, as did Celtic’s frontline who clearly suffered from Ross’s ability to link midfield with attack. 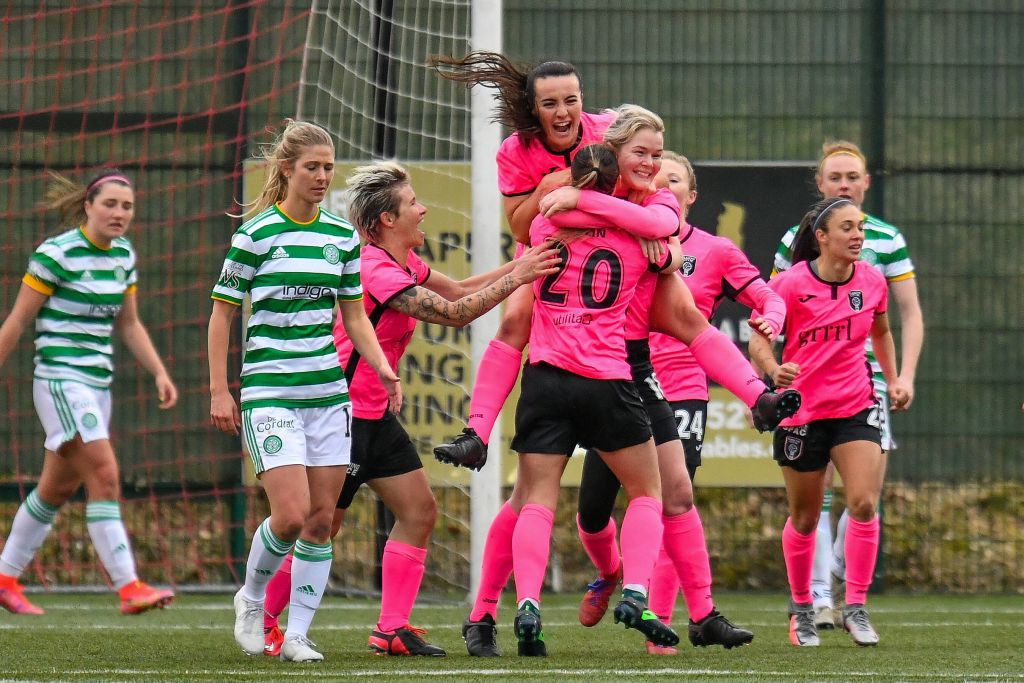 Eventually and sadly entirely predictably, Celtic ran out of ideas and invited further pressure on the counter attack as they chased the game. Unable to fashion any real opportunities of their own they eventually succumbed to two badly conceded, and subsequently defended set pieces, as firstly Glasgow City’s Icelandic international Asgrimsdottir – who was immense throughout – gained a jump on Celtic’s zonal marking from a corner kick and diverted a header that crossed the line, despite the gallant attempts of Chloe Logan who was left hopelessly exposed.

Six minutes later the game was over as a contest when City’s Farrelly finished superbly following a cheaply conceded free kick on the edge of Celtic’s box and City’s Jo Love struck a wayward shot that Farrelly was able to turn into a wonderful finish that left Logan without a prayer of saving. 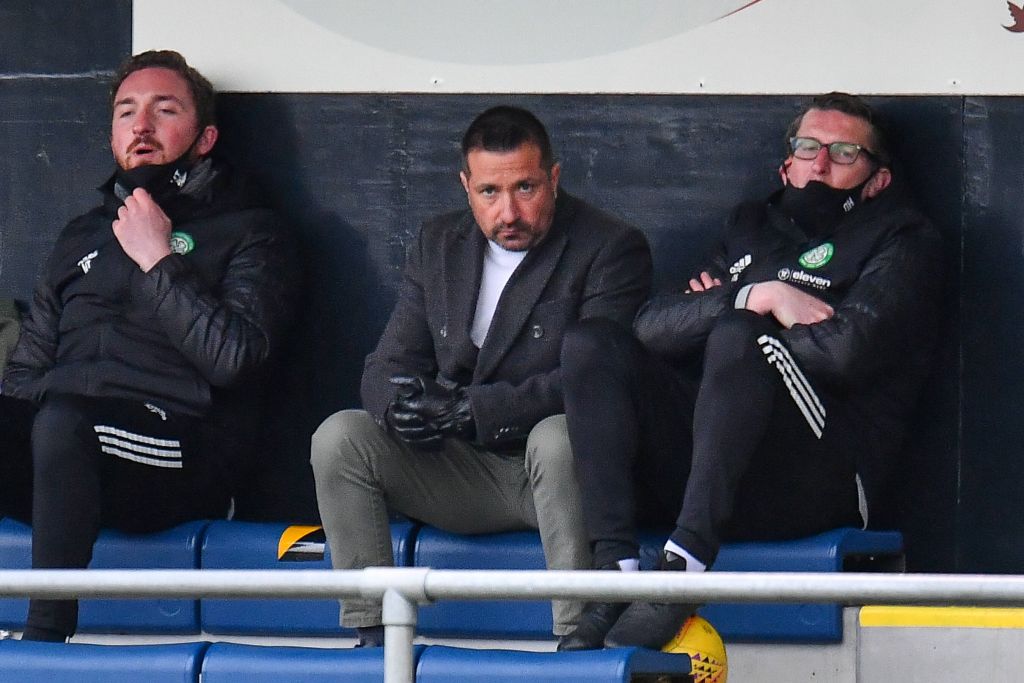 All in all, this will be a game Celtic will need to put down to a bad day for all concerned. Other than a ten-to-fifteen-minute spell at the start of each half, Glasgow City won the on-field battle, whilst off it the tactical advantage was gained by Scott Booth over Fran Alonso. It’s not often Celtic are bereft of ideas on the field and rarer still that Alonso meets his match tactically, but both those things happened at K-Park today.

There of course remains a long way to go with 13 games of the SWPL still to play and the main protagonists still have to meet each other again, but Celtic and Alonso will need to shake off the rustiness on the field and learn hard learned lessons from today.

The race is of course far from over, however Celtic are playing catch up. At least now there is no debate as to whether to stick or twist in the weeks ahead. From now on for Celtic attack is the best form of defence. There is no room now for hesitancy on the park or off it. 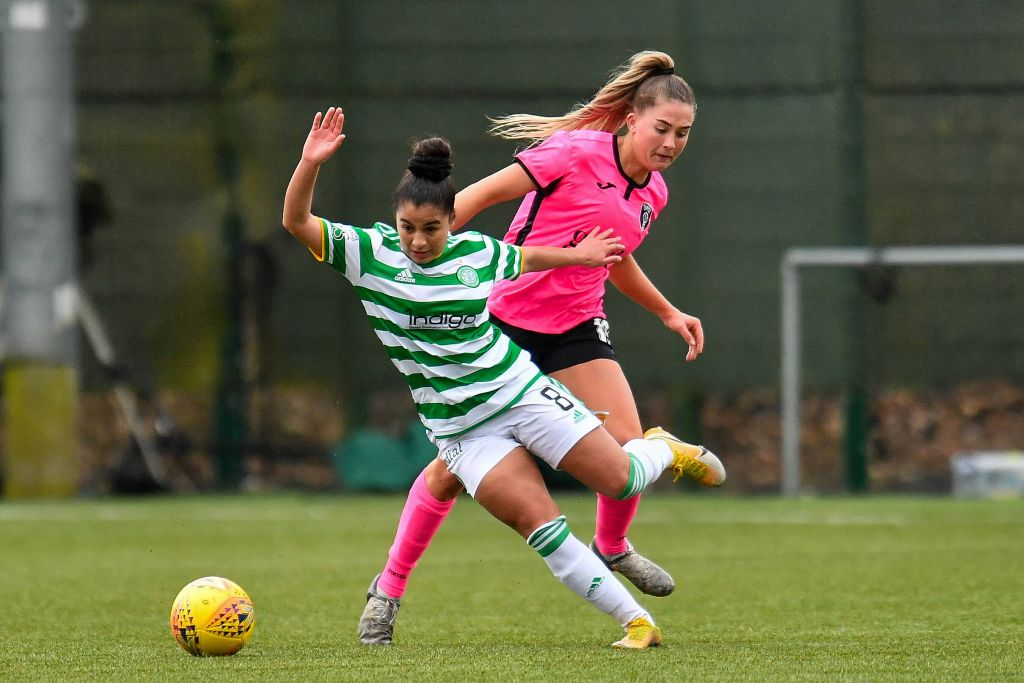 Previous Article“The players have fallen short this season but that’s not to say it’s been down to attitude,” Kennedy on missing a big character in the Celtic dressing room
Next Article Video – Watch Celtic beat Liverpool to win the Dubai Champions Cup