You are at:Home»Latest»Celtic 1-0 Aberdeen: Half Time Analysis

Celtic took to the field for the first time since Neil Lennon departed the club, when the Hoops lined up against Aberdeen today. John Kennedy began his term as interim boss by making a bold decision, giving Patryk Klimala the nod to start alongside Edouard up front. However, it was the same old defensive woes that caught the eye in the early stages as the Dons hit the bar from a corner in the fifth minute. The resultant scramble saw the ball turned behind for another set piece, and Aberdeen were again inches away from scoring, as Scott Bain made an exceptional save. 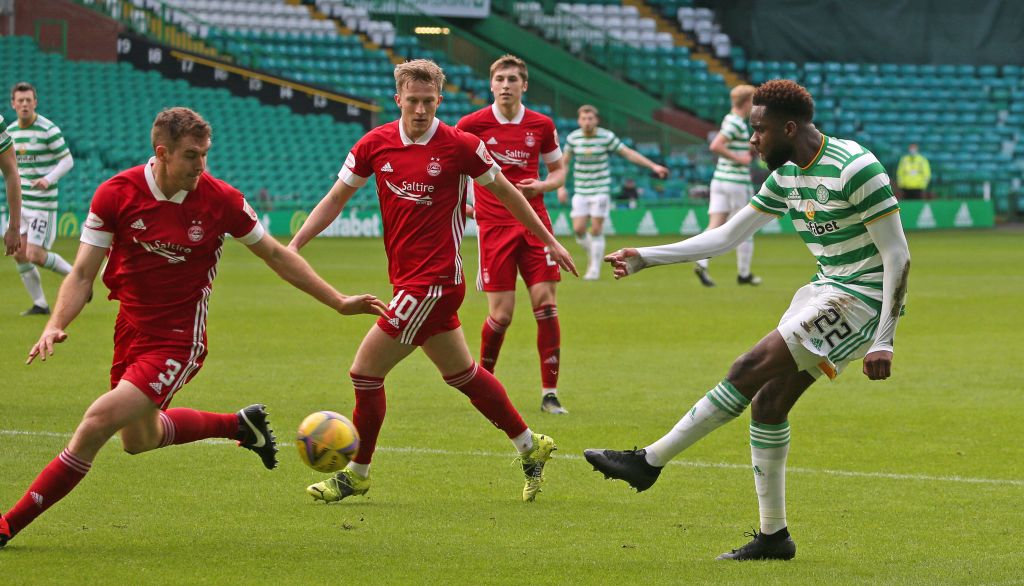 Having survived that early scare, Celtic launched their first attack of the game in the seventh minute. Odsonne Edouard fired a snap shot, which looked to be of no danger, but a wicked deflection saw Joe Lewis wrongfooted and the ball agonizingly squirmed past him to give the home side the lead.

Aberdeen responded well, almost equalising when McCrorie’s weak shot was spilled by Bain. The goalkeeper gathered after juggling two or three times. An end to end encounter, Celtic broke away in the 15th minute and a driving run from David Turnbull almost resulted in a goal, but Lewis made a good save from close range on that occasion. It seemed to be a tale of two teams with poor defenses. 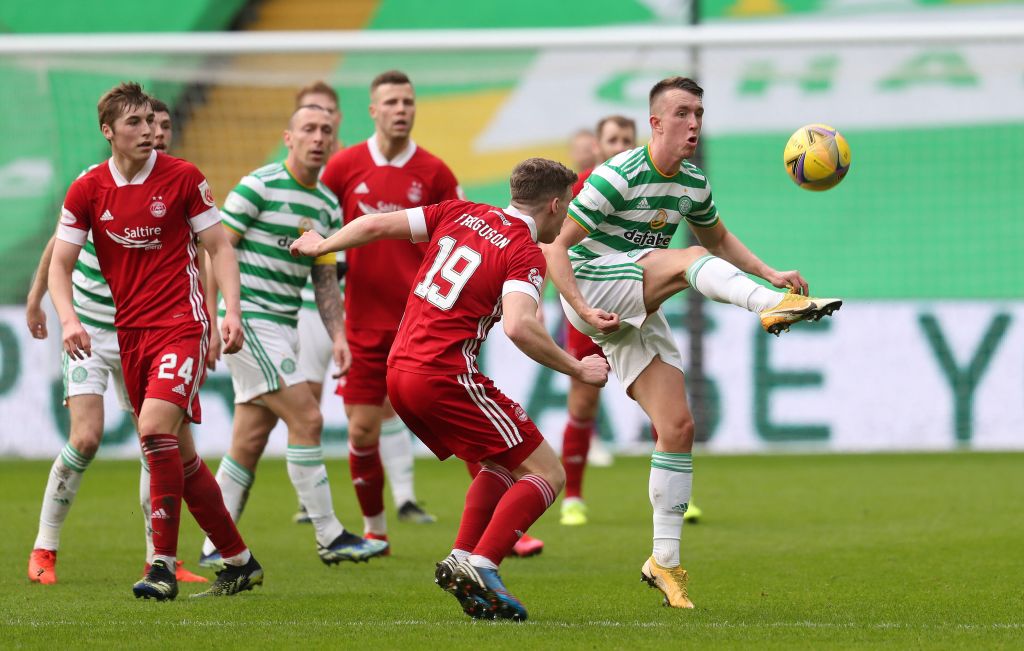 Only four minutes after Turnbull’s chance, McGregor fizzed the ball out to Kenny on the right wing, whose low cross was put wide of the mark from five yards. The Polish striker also had an opportunity on 30 minutes, when his effort from a Laxalt cross was blocked. Moments later, Celtic could have scored yet again as Ryan Christie’s shot from the edge of the area whizzed inched wide of the top corner.

The Bhoys controlled the rest of the half and went into the break with a 1-0 lead.