You are at:Home»Latest»Celtic 1 Aberdeen 0 – ‘Somewhat uninspired and a little pedestrian, but a win is still a win,’ David Potter

Another win for Celtic. Somewhat uninspired and a little pedestrian, but a win is still a win, and there were some quite outstanding individual performances – Kristofer Ajer (deservedly the man of the match), Stephen Welsh, David Turnbull (until he tired) Callum McGregor and Ryan Christie were all great, with Greg Taylor, Scott Bain and Johnjoe Kenny earning at least pass marks. Ismaila Soro was OK in patches, but it was up front that we failed yet again to sparkle.

Odsonne Edouard had hard luck on at least one occasion in the first half, but Albian Ajeti was once again nowhere to be seen. Just what exactly is this guy’s problem? He really has to realise that if the ball is not going to come to him, he has to go and look for it. It is called “foraging”, and if this means dropping further back and playing slightly out of position, then that is what he must do. One fears that he may not get many more chances, and I really want to see Leigh Griffiths back in that side. 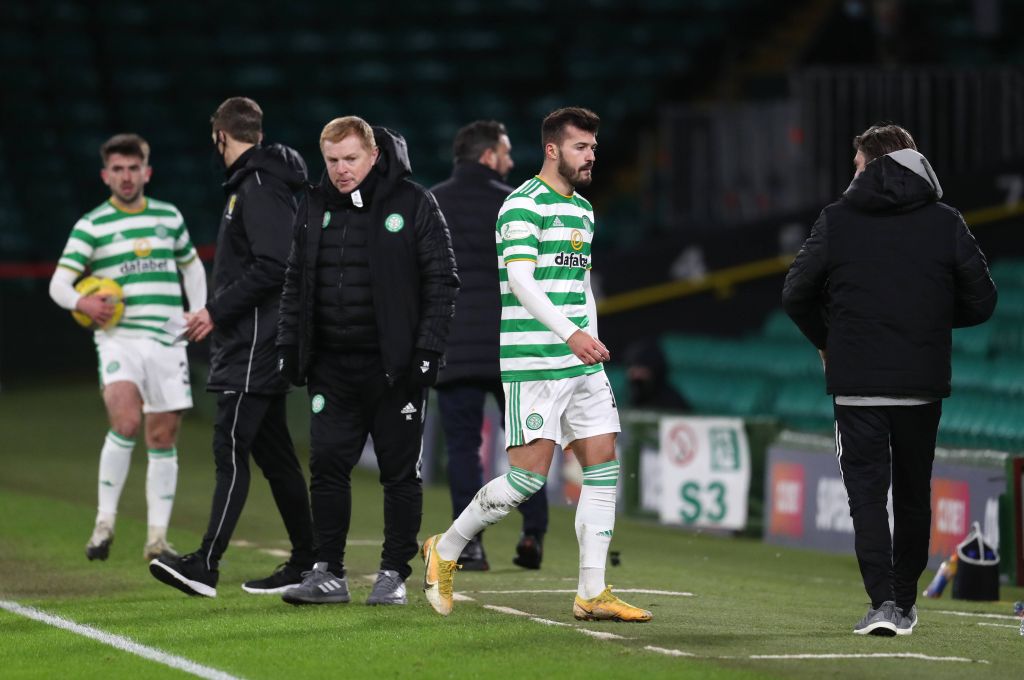 The first half hour of the game saw some really splendid football and it was as well that we scored when we did, for almost inevitably, as if obeying some law of nature, the pace dropped and Celtic fell out of the game, allowing Aberdeen (a not entirely talentless outfit, it has to be said) back into the game, and making the last ten minutes or so distinctly nervy. It was at that point that I was glad that we had our best defenders on the park, with Scott Brown a welcome addition to the defence.

Aberdeen? If you think we are having a bad time, try supporting the Dons! Derek McInnes, like Neil Lennon, has seen his supporters turn on him (not always fairly) but he did show a shocking ability to talk himself into a booking tonight. That was “nae a penalty” as they would say up there in Aberdeen, but he kept going on about it! Having said that, we can feel a little sorry for the man whose tenure of office at Pittodrie seems to be coming to an end. 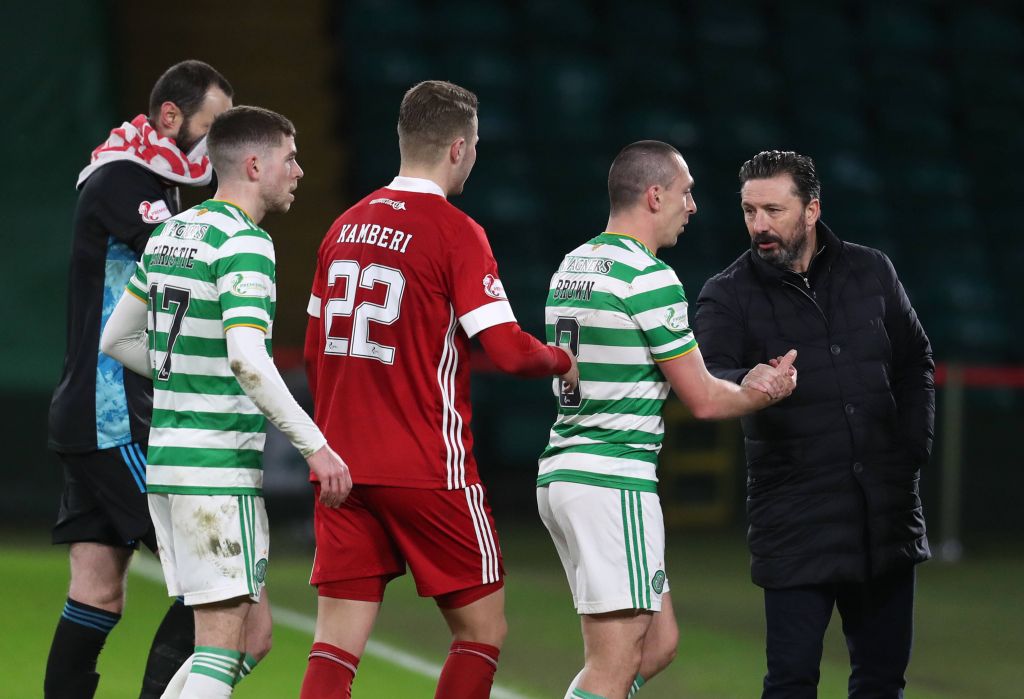 The referee, Mr Muir, I cannot honestly say that I agree with all his decisions, but he was certainly right about not giving the penalty, and he got the main decisions right, although there was one foul – it looked more like a straightforward kick – on Ajer that could have been red rather than yellow for the perpetrator.

It was good to listen to Strachan and McKinlay. Strachan, now the venerable greybeard as distinct from the cheeky little imp that everyone wanted to strangle in his playing career, always talks sense and occasionally his analysis is quite penetrative. And the TV presentation was generally good, and how I loved at half time seeing that overheard kick that won that 4-3 game in 2013 from Georgios Samaras!

Is that yer da ? pic.twitter.com/mt9O0KQcRZ

So Ross County on Sunday and then Aberdeen again. The season meanders on. When are we going to get a decision about the Scottish Cup this season? I feel we deserve a chance to win something. No-one will describe this Celtic team as a vintage one, but it is not an awful one either, and we do have some good players!