You are at:Home»Latest»Celtic 1 Hearts 0 – Surely some folk owe Carl Starfelt an apology

That was horrible to endure towards the end. From having been in a major position of strength to being under the cosh is a worryingly recurrent theme of this Celtic side, albeit last night we have made it through – but not without sacrifice. The three injuries could yet decide where this title will end up; and that is not me being a misery guts, it’s just the cold hard truth that this squad is reflective of the poor recruitment process at Celtic Park. 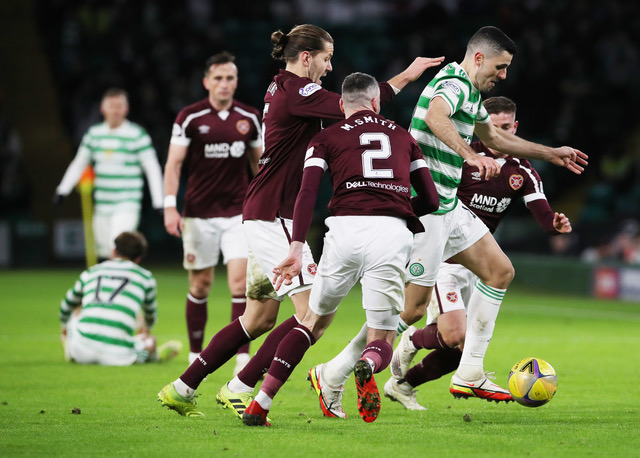 Tom Rogic of Celtic evades Michael Smith of Hearts during the Cinch Scottish Premiership match between Celtic FC and Heart of Midlothian at on December 02, 2021 (Photo by Ian MacNicol/Getty Images)

So we got through tonight and cut the deficit back to four points with a crucial three gained in a dogged battle towards the final whistle. Special mention to Mr Madden who was superb at denying Celtic and our players any protection on the night. The goal was offside? so what? It makes up for the one we got chalked off at Tyncastle that was perfectly legitimate.

Have a look back at Barrie McKay sticking it on Ralston in the first two minutes of the game, rapping his studs down his shin. Result? not even a booking. This is something we will have to watch going forward. 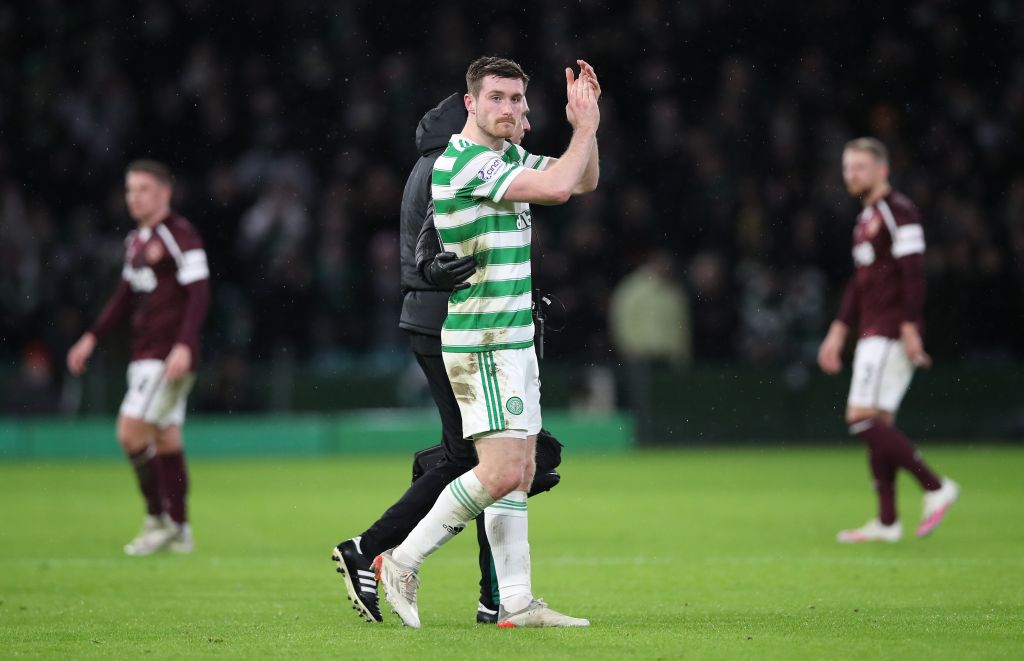 Anthony Ralston of Celtic applauds the fans as he leaves the pitch following an injury during the Cinch Scottish Premiership match between Celtic FC and Heart of Midlothian at on December 02, 2021. (Photo by Ian MacNicol/Getty Images)

As to the team itself, there were some excellent performances in there tonight but still some players taking too many touches and ruining chances to score more goals. Can nobody in this side shoot first time as well? I mean for the love of God just pull the trigger lads.

I deplore that trying to be too clever and walk it into the net, it merely adds to the frustration when your hanging on at the end. A special mention must go to the Gladiator that is Carl Starfelt. The big man was phenomenal at the back tonight and is owed a huge apology from some sections of the Celtic Support who had written him off inside a few games. Joke is on them fella, outstanding display of leadership and defensive rigidity and nous. 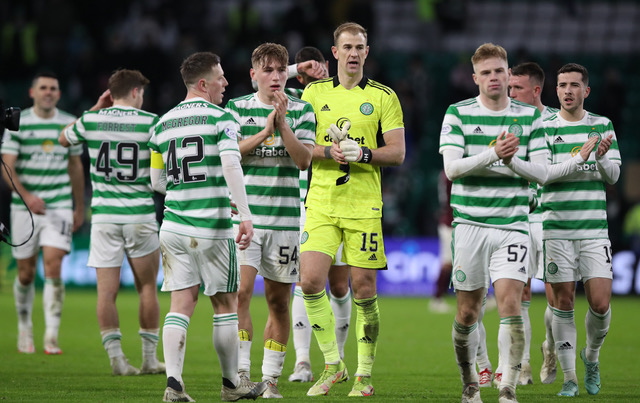 GLASGOW, SCOTLAND – DECEMBER 02: Adam Montgomery, Joe Hart and Stephen Welsh of Celtic applaud the fans after the Cinch Scottish Premiership match between Celtic FC and Heart of Midlothian at on December 02, 2021 in Glasgow, Scotland. (Photo by Ian MacNicol/Getty Images)

A further mention must go to the classy Tom Rogic, who by my reckoning is turning into the most important cog in the Angeball wheel. His feet should be insured for millions. That gliding past two, three, four players at a time and turning defence into attack on the turn of a sixpence is utterly outrageous at times. That’s the type of player fans pay money to watch. The Aussie will be massive in the context of this season and we simply must keep him fit at all costs. 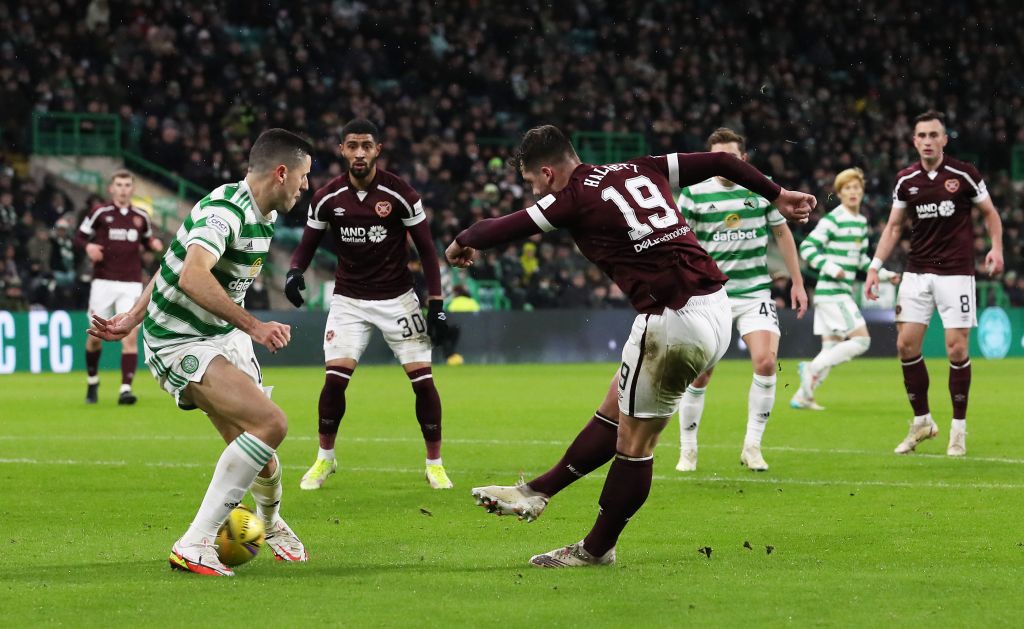 Speaking of fitness, are we cursed or what? How is it possible we keep sustaining all these hamstring injuries in successive cycles? Something has to give on that front if we to are have any chance of winning the title this season. Anton McElhone has got some job on his hands at Lennoxtown and will no doubt be wondering what he done wrong in his life to deserve this.

Regardless, we got there in the end. But this is just a small peak compared to the heights we have to scale to even get to the January transfer window opening now. We have came through the first test of December, though it may have cost us dearly. We shall find out in due course. For now

we celebrate and breathe once again.