You are at:Home»Latest»Celtic 1 Rangers 0 – Steven Gerrard reckons it was a foul! – “Naw it isnae”

NEXT UP, the fourth Glasgow Derby of the Season, and Sunday and just as Beautiful as the rest. The final score was 1-0 but that flattered the visitors big time. Here, their new manager Steven Gerrard had a good moan about what he claims was a foul in the build up to the Celtic goal….

MOANING faced Steven Gerrard reckoned that it was a foul on Ryan Jack with Tom Rogic – of all people – being accused of ‘taking a swipe’ at the Rangers midfielder who rolled about trying to con Willie Collum into giving a free kick.

Gerrard who obviously was way over at the other side of the park reckons that the fourth official was shouting into his mic telling Collum that it was a foul – Collum was a few yards away from the challenge which took place just outside the Celtic penalty area and waved play on. 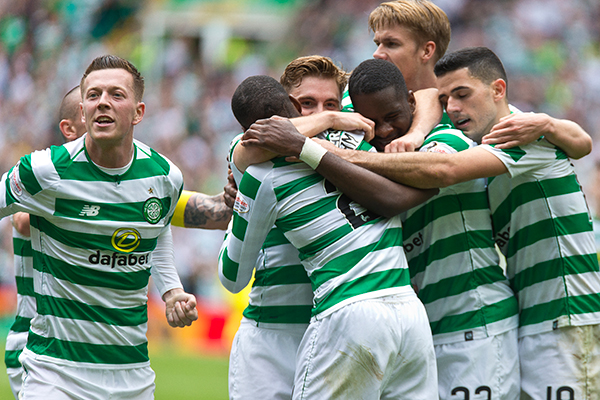 Gerrard would have had a much better view of Kyle Lafferty rolling around as if he’d been shot just in front of the Rangers dug-out early in the match. Scott Brown was booked for the ‘tackle’ but watching it back after the game there was zero contact on the big Ulsterman. Lafferty cheating? Who’d have thought it.

Gerrard reckons that referees are against Rangers and ‘it’s been going on for years,’ his goalkeeper has assaulted a player in each of their last two league matches – he got away with it last week at Motherwell, but you wonder if the Compliance Officer will have the balls to act this time after his kick at Kristoffer Ajer today which should have resulted in a penalty and a red card. 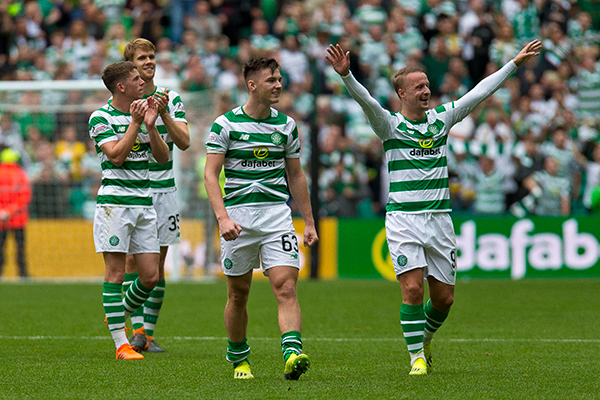 These are the breaks Steve, your team was worse than Livingston or Hamilton and got dubbed today. The scoreline flatters you big time…so if you think it was a foul – “Naw it isnae”…

Check out the new Celtic fans forum – the Celtic Noise – takes 30 seconds to register and you can join the conversation. All Celtic fans are most welcome…

Previous ArticleCeltic 5 The Rangers 0 – Then some Delicious Zombie Misery
Next Article Part 2 – Celtic’s remarkable 1978-79 season, A Miracle on a Monday night