You are at:Home»Latest»Celtic 2 Forfar Farmington 2 – “It wasn’t the result we wanted, time to correct and improve,” Anita

Celtic’s SWPL1 season looked in very real danger of unravelling this afternoon. Yet somehow from the depths of despair Fran Alonso’s side pulled a point from the jaws of defeat, one that could well have a huge impact on the title race.

Celtic secured a 2-2 draw at K-Park training ground this afternoon. In truth it was the least the Celts deserved from their first half performance in particular, but until a great escape late in the day it looked like the visitors Forfar Farmington would take home the spoils.

Celtic started well as Lisa Robertson found Natalie Ross – who would eventually become Celtic’s saviour at the death – in space, who in turn fed Summer Green but Celtic’s playmaker couldn’t find the accuracy to capitalise on the early chance.

Within two minutes Celtic should have been in front. Sarah Ewens was the instigator as twice the Celtic wide player fed the skilful Anita and the Spaniard despite her best attempts from the inital chance, headed wide of the post at the second attempt. 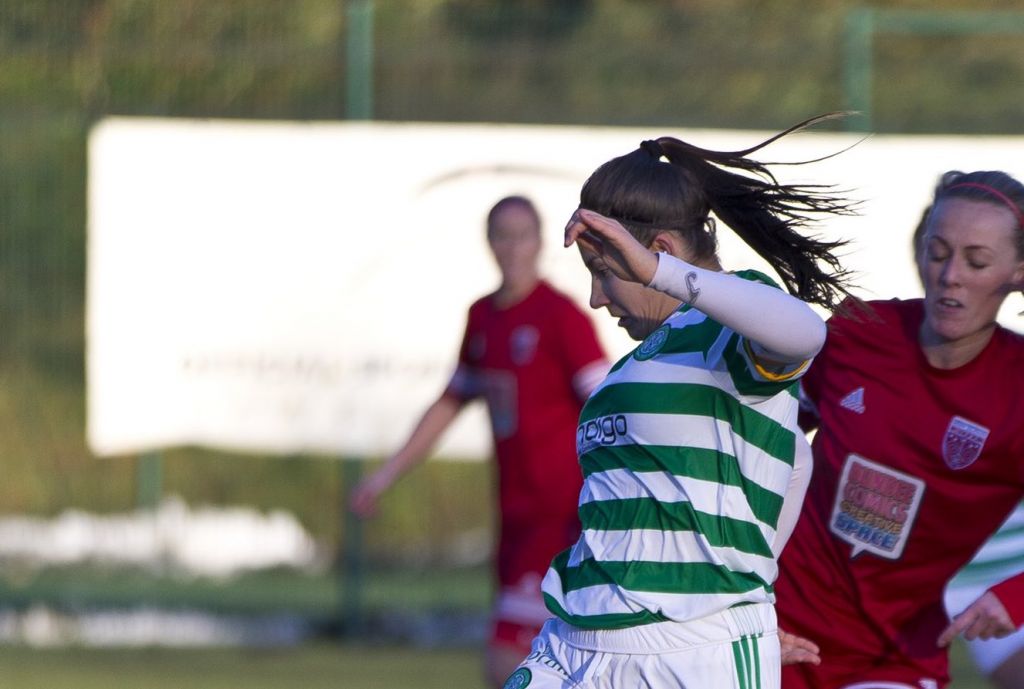 American Summer Green, fast becoming the main creative force in this Celtic side, then received the ball with her back to before dropping the shoulder and unleashing a shot that couldn’t trouble McNicol in the Forfar goal but it certainly indicated intent.

On the half hour Celtic thought they’d forced a goal when first Ewens failed to connect from a Forfar slice across goal, before Summer Green, Jodie Bartle and then Anita all forced the opposition ‘keeper into action. But still frustratingly the break through wouldn’t come.

There was one final chance when Anita attempted an overhead kick but in the end, it amounted to nothing as the Celts went in goalless having commanded the first period.

If Celtic felt more of the same would eventually see them through, they hadn’t accounted for a second half where the visitors managed to not only influence matters but instead turn the course of the game on its head.

After a lacklustre start to the second half and very much against the run of the play Celtic found themselves a goal behind on the hour mark. On the break Forfar’s Pollard, very much redundant since a third minute effort of her own, found herself clear through the middle and fired home to give the visitors a shock lead.

Fran Alonso responded immediately sending on Donaldson and McGovern for Anita and Bartle in attempt to change the flow of the game, but worse was to come after 73 minutes when indecision in the area allowed Forfar to double their advantage as they headed in a free kick. It looked a tough task for the Celts now but they regrouped and responded well, if a little late.

Natalie Ross fired wide with a good opportunity with seven minutes remaining then with two minutes left Celtic made it 2-1 as the ball was forced home from close range by by Celtic’s all action midfielder, and Ross wasn’t done there.

Just when Forfar thought they might hang on Celtic grabbed a point when Natalie Ross grabbed two in two minutes as Celtic’s never say die attitude saw the Celtic midfielder grab a draw when all looked lost.

Celtic may well look fortunate to have managed a share of the spoils this afternoon but for the first half performance alone it was the least they deserved.

Fran Alonso’s charges showed a never say die attitude that will hold them in good stead for the season ahead but defensively they have been afforded a warning they’d do well to heed.

As Celtic’s on loan Spaniard, Anita stated post-match: “It wasn’t the result we wanted, time to correct and improve.”

It wasn’t the result we wanted , time to correct and improve.
Looking forward to the next game.
💚🍀 #rainbowlaces🌈 pic.twitter.com/qYAMugd4TL

That probably sums up an afternoon where Celtic claimed a point after being two goals down, but in reality, should never have been in a position of having to chase the game in the first place.

Here’s how the table looks after today’s games. 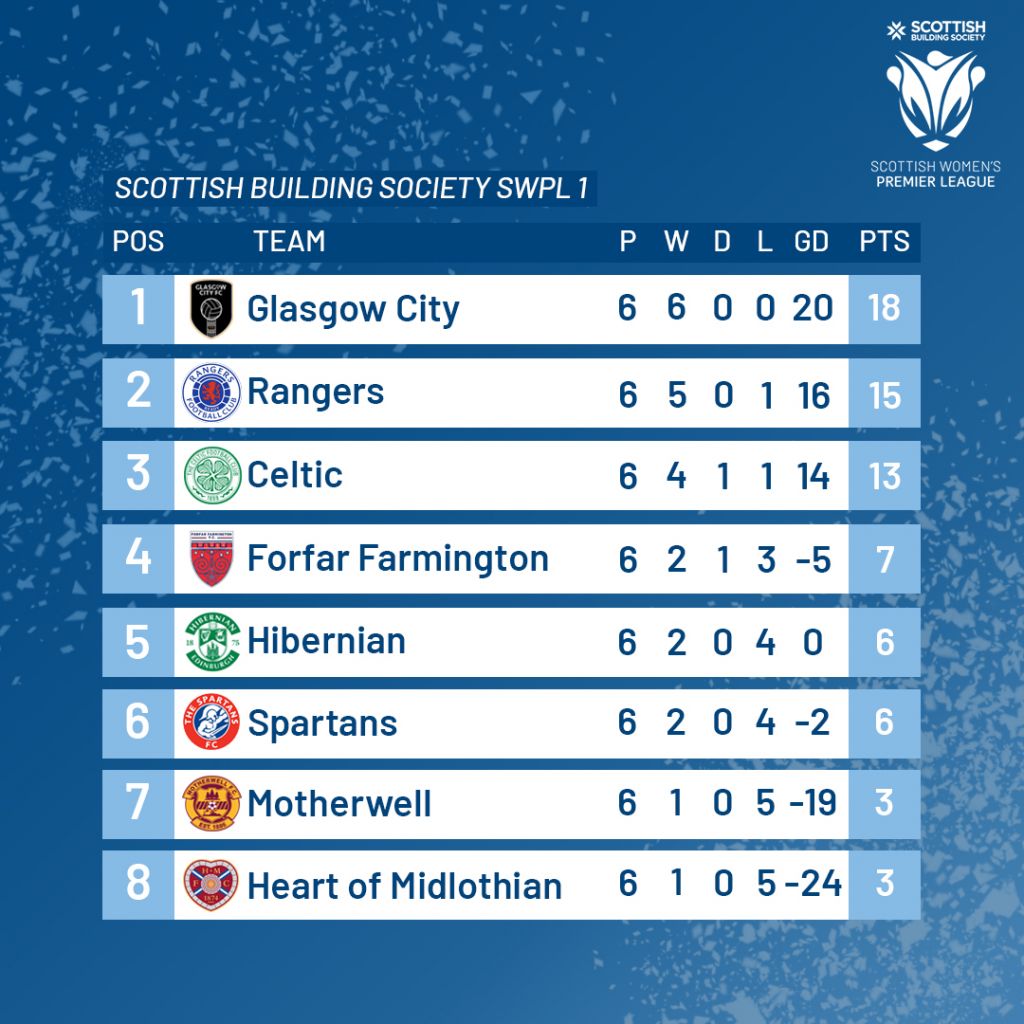 Previous ArticleIt’s over for Lenny; the Celtic Board is finished too unless they get his successor right
Next Article Celtic’s DIY Director of Football and a “Culpable” Board “Asleep at the Wheel”