You are at:Home»Latest»Celtic 3 Hearts 2 – A vicious punch but our glass jaw is a cause for concern

If this afternoon’s League Cup tie against Hearts had been a boxing match a maroon towel would have been thrown in by half-time. How else would you describe a first half where Celtic had 82% possession, 21 shots at goal and seven corner kicks in just 45 minutes of football other than an absolute mismatch?

The only thing Hearts could cling to was the fact, bar the concession of goals from French Eddy and the Coatbridge Cannavaro Stephen Welsh, were the limit of the telling punches landed in a first half where, Kyogo, Edouard, Rogic and Welsh all took turns to jab at the Gorgie side’s ribs and probe until they eventually slumped to the canvas with the sucker punches of the Edouard and Welsh goals. 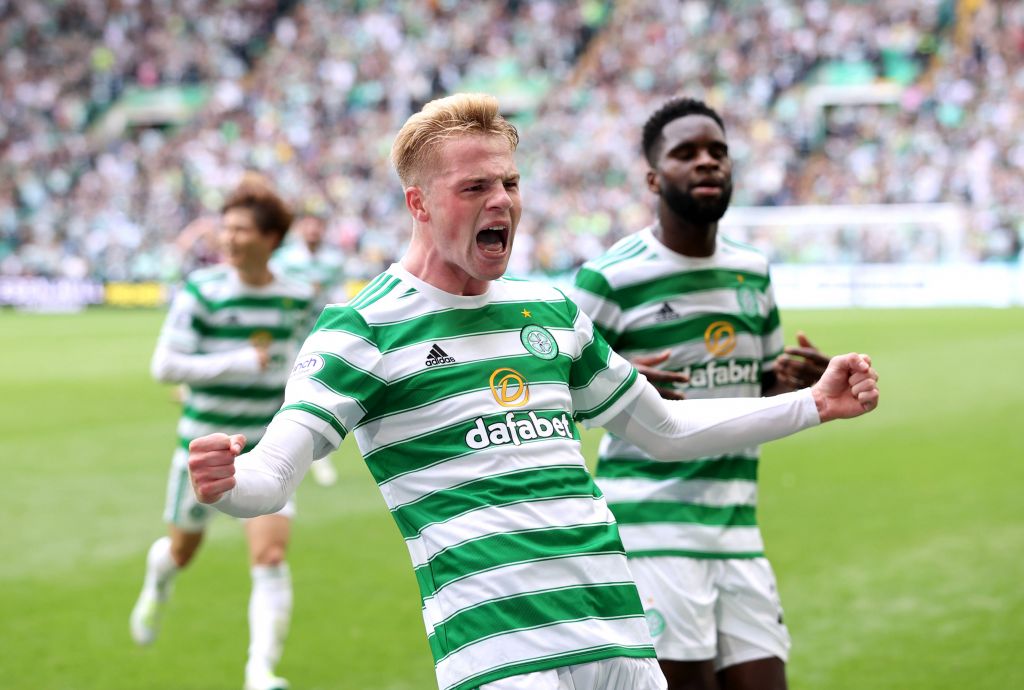 The unfortunate thing for Hearts is they don’t have the option to end an encounter based on the suffering imparted on them in the opening 45 minutes, instead they had to pick themselves up, wave the smelling salts under their bloody noses and head out for a second half already two goals behind and without a shot on target for the inevitability of further punishment. After a smash and grab in Edinburgh fifteen days previously this was simply an incredible turnaround from a Celtic side gaining confidence with every minute of football played.

And so, the second 45 started with a further flurry of punches to various parts of the Hearst rear-guard, as within the first five minutes Kyogo, Forrest and Rogic all breached the backline and without the solid jaw portrayed by Crag Gordon in the Hearts goal Robbie Neilson’s men would have been even further behind. By now they may not have been KO’d but they sure as hell were slumped on the ropes. Then again, football is a funny old game as the saying goes and so it proved. 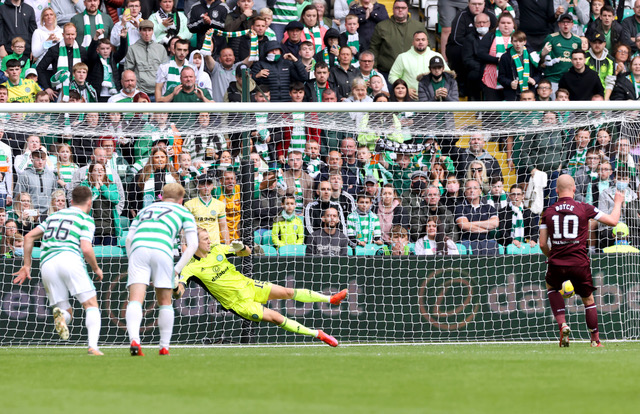 Somehow from nowhere Hearts were thrown a lifeline as Carl Starfelt lost his bearings, allowed Liam Boyce to get himself between man and ball without even sensing his opponent, and kicked through the back of his legs. John Beaton, possibly gleefully pointed at the spot and Boyce sent Joe Hart the wrong way to make it 2-1 .

Celtic responded immediately through a fine Tom Rogic effort from distance but for a few moments after the concession of the goal Celtic’s own defence started to feel the legs wobble from under them.

But the attacking punches continued to roll as Rogic turned provider. Kyogo, balanced on the last shoulder, pounced on the perfectly weighted through ball, drove into the box and fired a ferocious left foot shot that Craig Gordon despite getting a hand on it simply couldn’t keep out. 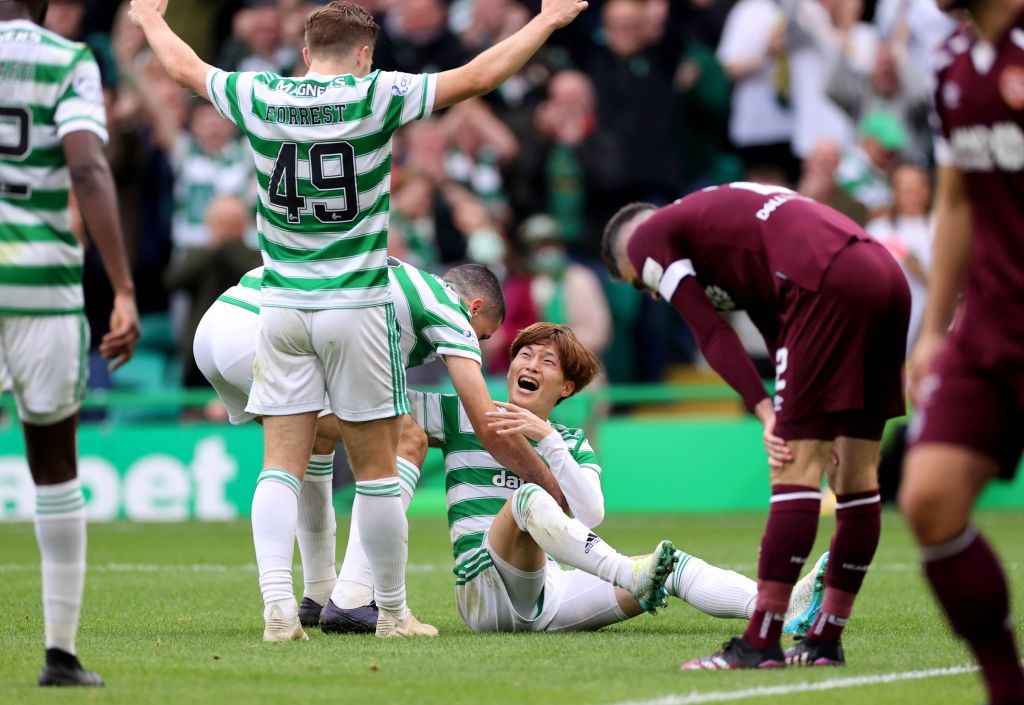 As it ever is by now the best form of defence was attack and a two-goal cushion almost became three as Edouard peeling off at the back post attempted a side-foot volley from a superb Kyogo delivery that Gordon did well to save.

Celtic were now rolling with the punches once again and very much back in their groove. Ange Postecoglou even felt comfortable enough to remove his two main protagonists in Rogic and Kyogo with Adam Montgomery and hand a Celtic Park debut to James McCarthy, some 12 years after Celtic first attempted to bring tone of our own home to Paradise.

With ten minutes left Callum McGregor almost delivered a fourth with a dipping left foot shot from distance which again Gordon, despite being entirely exposed by his punch-drunk defence, saved superbly. 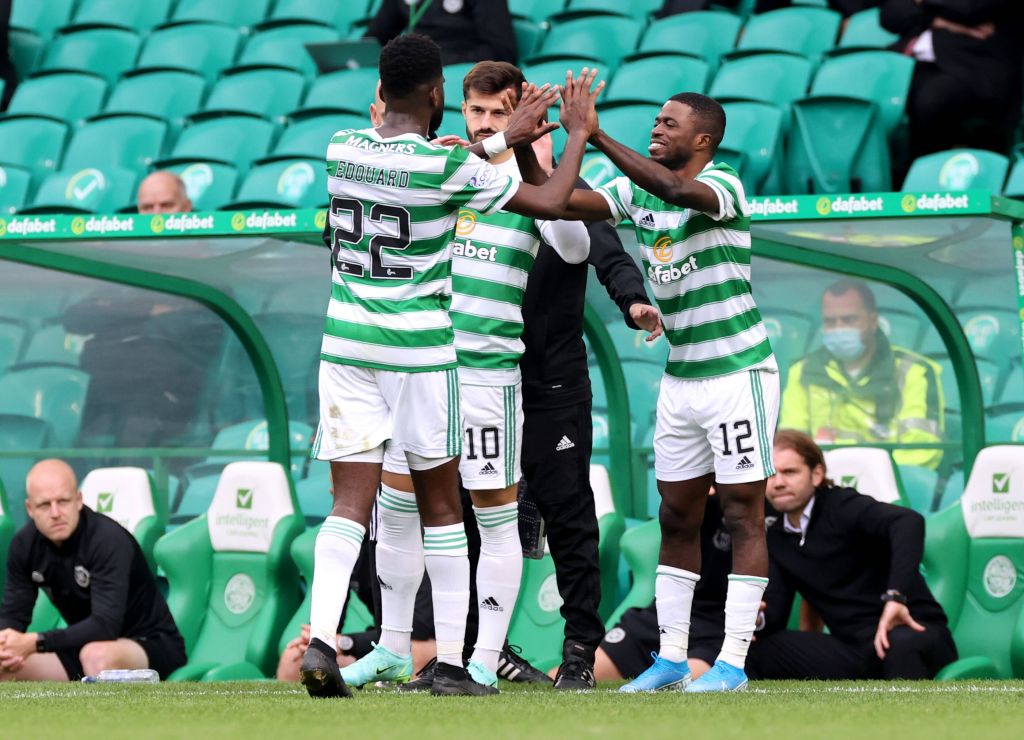 Then late on Celtic proved that as much as their attacking edge can floor opponents they certainly have work to do when it comes to using their guard, when in injury time a marginally deflected Kingsley pass found McEneff who slotted away far too easily.

Celtic then progress as they look to regain a trophy that used to be part of a Treble the Hoops held dear for four consecutive seasons. A series of punches were landed on a Hearts side who struggled throughout to clear their vision enough to really land any blows themselves, but somehow came away from Celtic Park with a 3-2 defeat that flattered them completely. 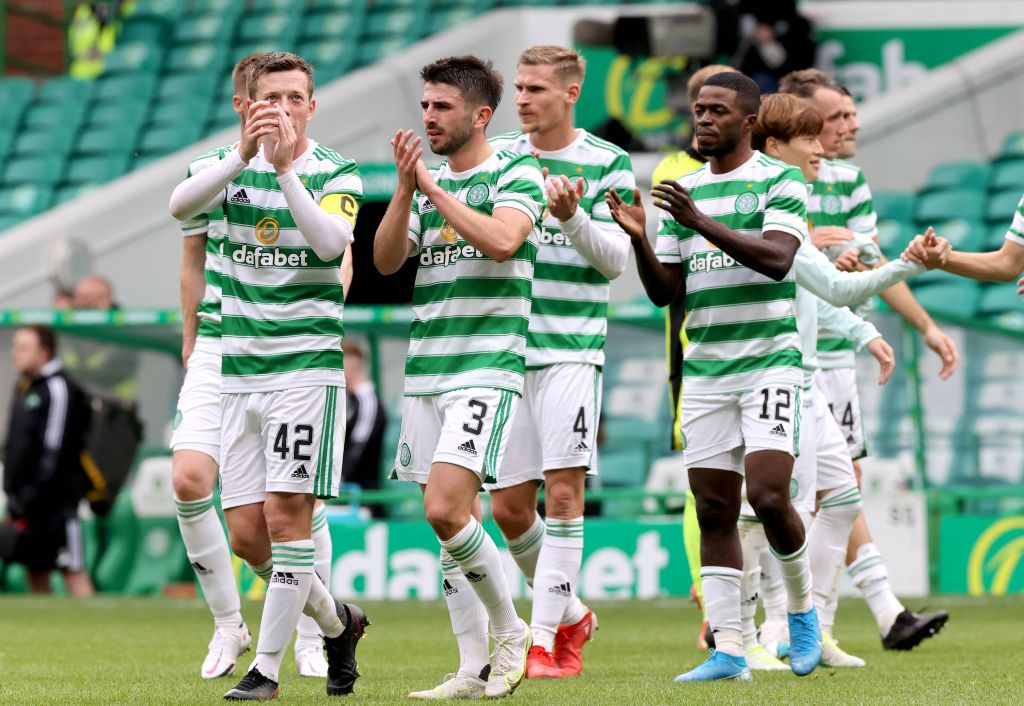 Celtic players applaud the fans at the end of the Premier Sports Cup match at Celtic Park, Photo: Steve Welsh

For Celtic this was an explosive performance however there is work to be done. For now, Celtic appear to resemble Amir Khan. Excellent technique, pack a punch but are open to a sucker punch with a glass jaw behind a vulnerable rear-guard.

It may take a little more work in the transfer market in the next two weeks to ensure the defence is effective as Celtic’s battering attack but for now the attacking intent remains a joy to behold.