You are at:Home»Latest»Celtic 5 the Rangers 1 – The Dembelition Derby, 4 Years Ago Today

It’s men versus boys in the Dembele Derby stakes…

New signing Cristian Gamboa was deemed fit enough for a place on the Celtic bench as Mark Warburton brought his Rangers team across Glasgow for the first meeting of the sides since the ill-fated shoot-out at Hampden, five months earlier. Brendan Rodgers had made just the one, enforced change for the derby, Moussa Dembele replacing the injured Leigh Griffiths. It would prove to be a very significant hand dealt by fate indeed. Some things are just meant to be, I guess.

The teams appeared in the Parkhead tunnel to a deafening roar from 58,348 fans on Saturday, 10 September 2016, the anniversary of Jock Stein’s tragic death in Cardiff, 31 years earlier. Celts emerged to face a magnificent human tricolour in the lower north-east corner, where the Green Brigade ultras assemble, one of the most visually-effective displays I have ever seen in all my years of supporting the famous Hoops. 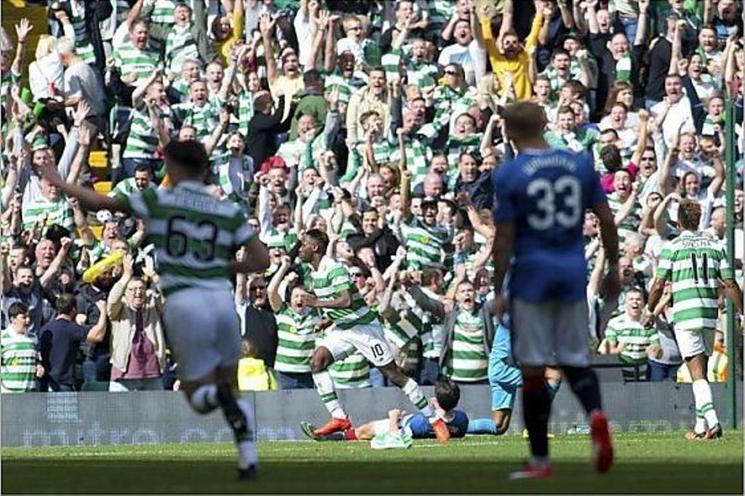 Once again, Celtic started in dominant mood, forcing the play, however, we had passed the half-hour mark before the first goal arrived, Scott Sinclair’s curling corner met by a majestic header from Dembele, which bulleted past Wes Foderingham in the Rangers goal. As the noise levels increased yet further, Moussa made it a derby double, running onto Nir Bitton’s through ball to check back inside Philippe Senderos, the former Arsenal defender left unceremoniously grounded as the Frenchman struck an exquisite right-footed finish around Foderingham and into the far corner for 2-0. Seconds before half-time, the visitors pulled a goal back, literally out of the blue, Kenny Miller’s header across the six-yard box bundled in by Joe Garner, to slightly dampen the party atmosphere over the interval.

The Hoops fans needn’t have worried. On 60 minutes, Mikael Lustig prompted Dembele into life with a pass delivered in from the right flank. This time Moussa deceived the back-peddling Rangers defence by threading a delightful pass through to Sinclair, his clinical one-touch finish clipping the post on its way to making it 3-1, Scott’s fourth successive League goal. The unfortunate Senderos’ afternoon then went from bad to worse, the big Swiss defender stretching up to stop another attack with his hands, with 15 minutes remaining, leaving referee Collum no option but to show him a second yellow card. 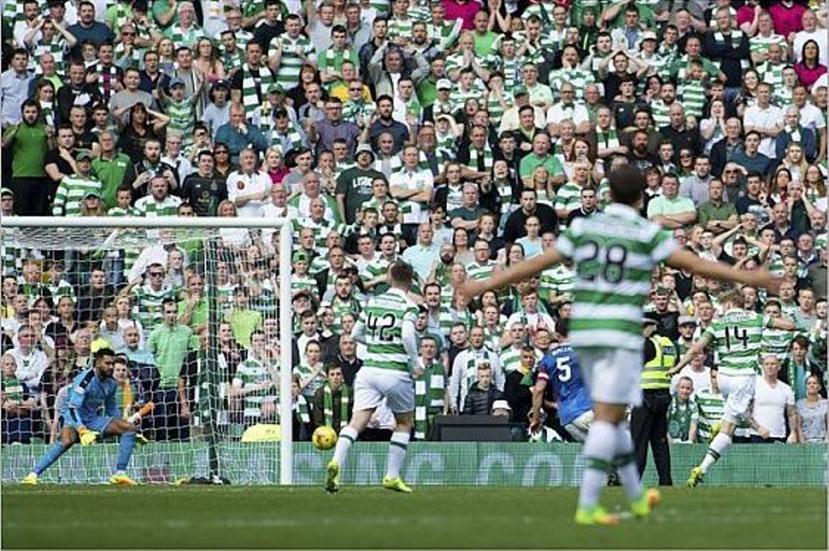 There would be more pain to endure for Warburton’s promoted side. As the clock ticked on to 83 minutes, Lustig sent over a perfect cross, which took stand-in central defender, Joey Barton, out of the game completely. Dembele’s finish was sublime, one touch to control before firmly placing the ball into the far corner with his left-foot for the perfect hat-trick, his first-ever treble in senior football.

The icing on the Celtic cake was provided right at the death, this time Kieran Tierney the provider, his cross from the left picking out Stuart Armstrong. The blond midfielder, a replacement for Tom Rogic early in the second half, momentarily appeared to have missed his opportunity, drifting past defenders only to strike it back across the keeper and in for 5-1. It was party central in the east end of Glasgow.

This would be the first significant checkpoint in the 2016/17 title race. Celtic, having won at Tynecastle and Perth and then scored nine goals at home to the two anticipated “main challengers,” Aberdeen and Rangers, had a 100% record, already four points clear of the Ibrox side with that Partick Thistle game still in hand. It had been a perfect start to the domestic season, with recent signings Moussa Dembele and Scott Sinclair contributing more than their fair share of goals, whilst Leigh Griffiths had continued where he had left off in May. And all achieved against a background of Champions League qualification and injuries to key players. 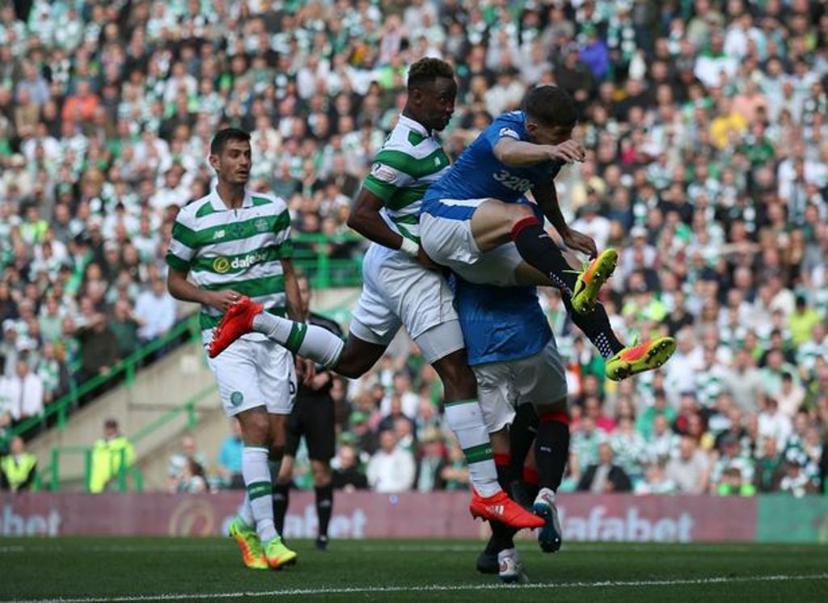 It was, therefore, a very happy Brendan Rodgers who spoke to the press after the game, asked firstly, of course, about the performance of his exciting young French striker.

“He was outstanding. He was up against Philippe Senderos, who’s an experienced player – but you see his physicality in the game, his heading ability, his running ability and a wonderful touch and finish.”

And his views on the game and the experience overall?

“I was disappointed that we conceded a goal before half-time. You expect them to come out and try to force the game in the first 10 minutes of the second half and there was too much area opening up, especially in the central areas – so we made the change. Tom’s had a lot of travel in the international break. We said to Stu that this was a game he could come into and look to press and work and he’s done that very well and got his goal. He contributed to a great team performance.”

“It was important to win today and keep the momentum going. We have got to be relentless in our quest to win the title again and that was a good marker for us. The atmosphere today was truly special. When the noise is like that, it really is a team that has a 12th man. They had a real disappointment at Hampden only a few months back, so hopefully they have shown the improvements they have made. It is great for the supporters. It is always about bragging rights for the supporters and I think they will be proud of their team today.”

Surprisingly, his opposite number Mark Warburton felt there was no significant gap between the sides.

“It’s game five of a long season. We don’t see a major gulf. We just got beat 5-1. They have bragging rights and deserved to win.”

Man-of-the-moment Dembele could scarcely contain his delight, admitting that it was an experience he would remember “for my whole life.” 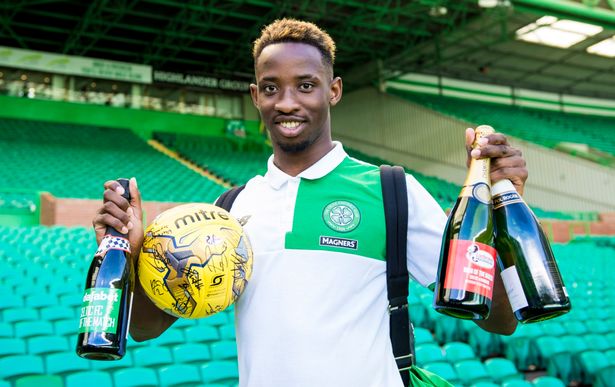 To the victor the spoils…

“It feels great. To score a hat-trick, my first in professional football, is something unbelievable. Everyone has welcomed me since I came to the club and the fans were unbelievable today. The atmosphere is something I have never seen. I don’t think I will see something like this in my career.”

Final word for now goes to the Celtic captain, Scott Brown. He had remained silent whilst Joey Barton, brought in from the English Championship side, Burnley, on a reputedly large salary, had bad-mouthed him in the media, claiming that Brown was “nowhere near the level of player I am.” The controversial midfielder’s words had come back to haunt him, the veteran Celt dominating proceedings from the outset, leaving the field to a standing ovation on 74 minutes, the game and Joey already in the bag.

Pressed by the headline-seeking media afterwards about the anticipated “battle with Barton,” Brown dismissed it out of hand.

“It was easy. There was no battling whatsoever. It was pretty much men versus boys at the end of the day.”

*An Extract from Invincible by Matt Corr, published by The Celtic Star in May 2020. Matt also joins fellow Celtic authors Liam Kelly & David Potter in our new book Walfrid & The Bould Bhoys, which was published last week.

Previous ArticleCeltic on the Road to Hampden but it’s Jock Stein’s Dunfermline who lift the Scottish Cup
Next Article Roma distance themselves from Bolingoli link, according to Sky Sports reporter