You are at:Home»Latest»Celtic Academy – A pathway to playing professional football

The Celtic Academy supports youthful players to grow their football talent. The academy helps them develop the experience needed to play professional football. It admits players from the age of 5 and focuses on improving their skills. They are taught playing techniques, possession, and passing. The coaches encourage the players to exhibit their unique skills. These include flicks and tricks demonstrated during match situations. To register as a trainee, young aspiring players need to complete the online application form. 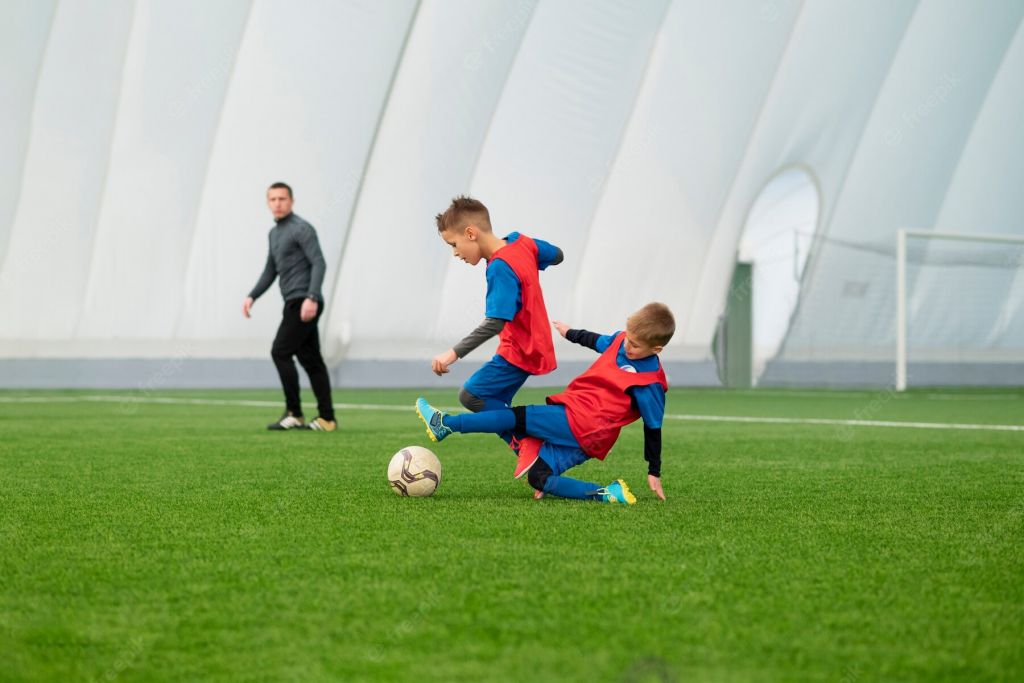 The path to becoming a Celtic player

Celtic Football Club was founded in 1887 and is owned by Celtic PLC. It is a Scottish professional football club based in Glasgow. The club plays in the Scottish Premiership. The main pathway for young players is to join the Celtic Football Club Academy. Some of the seasoned players who trained in the Academy are current club captain, Callum McGregor, James Forrest and Anthony Ralston with all three having played for Scotland.

Training at the Academy gives talented young players a chance to become a Celtic player. They are required to avail themselves to training during weekends and holidays. The training takes up a lot of your paper-writing time. You can redeem the time by putting ‘write my essay‘ in Google and have help by professional writers. They write all types of papers, including essays, research papers, and dissertations. When you visit the paper service website, you get access to other free services. Some of them include essay examples, free writing tools, and blogs. 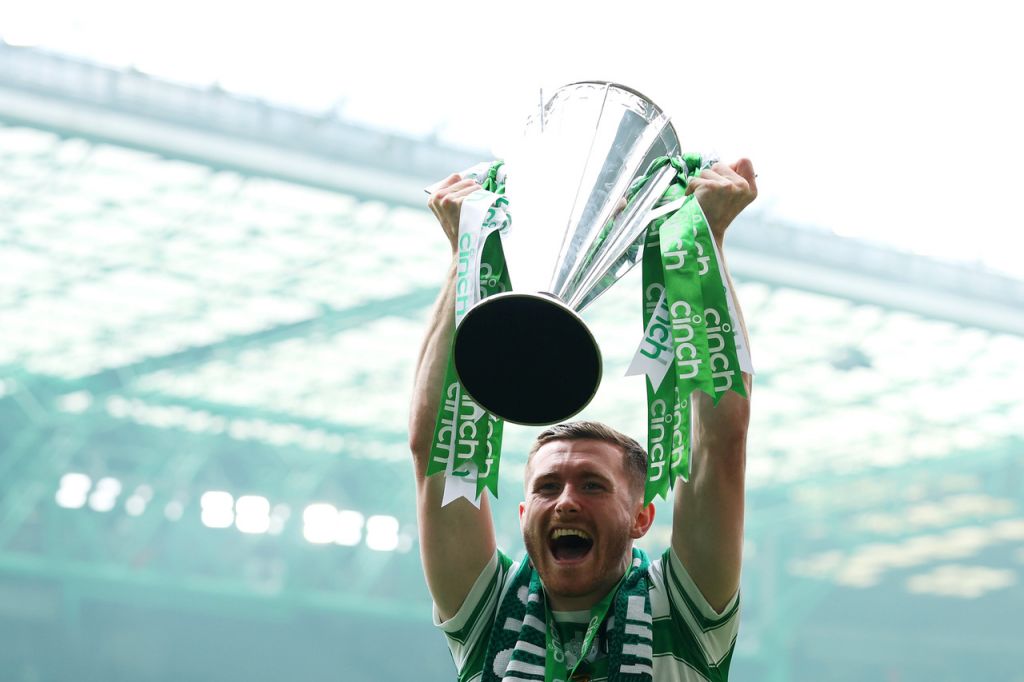 Get information about Celtic FC

If you want to get a chance to become a Celtic player, you must learn about the club. Know how they admit players into the club and who to contact for information. The purpose of establishing the club was to reduce poverty among immigrants. They were mostly coming from the Island of Ireland. They settled in the East End of Glasgow but remained extremely poor. From 1900 to 1920, the club won six league championships consecutively. The club has since won more than 100 trophies in total and also is the only Scottish club with the European Cup, now called the UEFA Champions League. 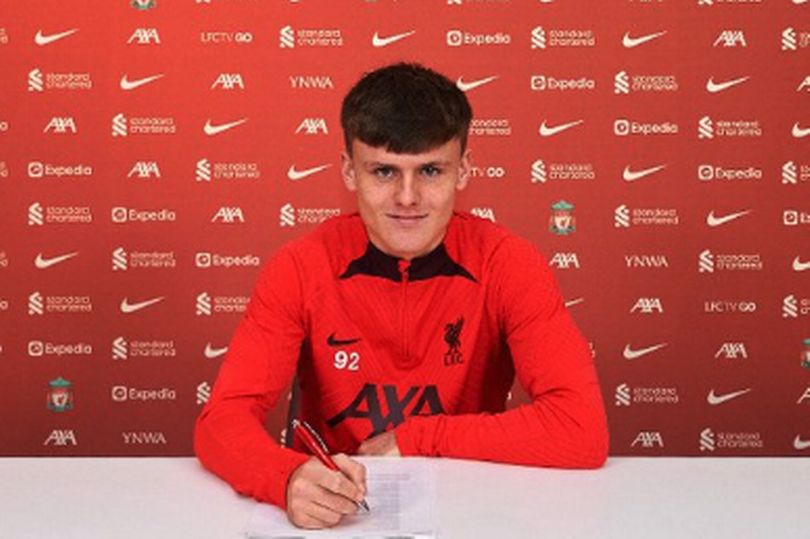 Ben Doak made his name at the Celtic Academy before moving to Liverpool, today he signed his first professional contract with the Premier League giants.

Harness your skills and get scouted

You have a very small chance of joining the club through this path, but there can be a possibility. Join your local football club and play skilfully during competitions. A Celtic FC team member or coach might notice you. If they are impressed by your skills, they can introduce you to the club’s leadership. There will still be another process before you finally get admitted. No matter the process, it will be worth the challenges. This style of joining a club happens often. Coaches attend matches purposely to look for talented players. The coach may then invite you to the club’s academy to sharpen your skills.

Use a football agent

A football agent acts as an intermediary or representative of players. They approach clubs and speak well about you. They aim to help you join the club. You can identify one of the agents and discuss it with them. Let them know you want to join Celtic FC and they might be interested if you are a highly skilled player. If the agent is impressed with your skills, he will approach the club management with a proposal. If Celtic FC is willing to sign you, the agent will then negotiate the contract terms. If you are a talented enough player you have a higher chance of becoming a Celtic player if you use this approach. You need to record your games, especially during competitions. The videos will serve to highlight your skills. 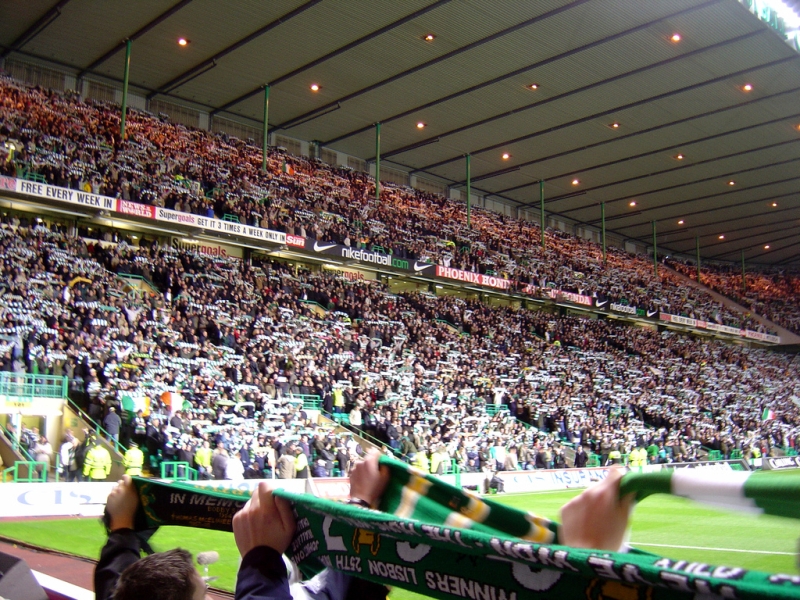 The other way is to directly contact the club. Make a telephone call or write an email. Let the coach or manager know you are a young player, who you play for and what stage you are at. Be straightforward and explain your desire or intentions. Attach your videos to the email to impress the panel. You might have a chance to join the club if your skills are exceptional.

The easiest way to become a Celtic player is to join their academy. Since 1887, the club has supported many young players to harness their football skills. In its early years, the Academy was admitting boys only, but today, they give girls a chance. You may start by buying a season ticket and train during the holidays. Seasonal training is delivered at Celtic Park.

Celtic Academy is owned by the Celtic Football Club. The club is located in Glasgow, the biggest city in Scotland. The academy features the Celtic FC Boys’ Academy and the Celtic FC Girls’ Academy.

The Academy runs a youth development programme under the guidance of the Celtic FC. It boasts itself as a top youth school in the European region. Since its inception, it has produced many elite footballers. Most of them have enjoyed lucrative professional careers.

The academy comprises upcoming youthful players and the first-team squad players. The highest level of academy members is the Celtic B. Under this level are four groups known as the junior teams. They are grouped as follows:

Celtic was founded in 1887 and bears the nicknames The Bhoys, The Hoops, and Celts. The girls’ academy bears the nickname The Ghirls. The academy has campuses in major cities around the world. Students who wish to join the Celtic Academy should find out if there is a campus in a city near them. 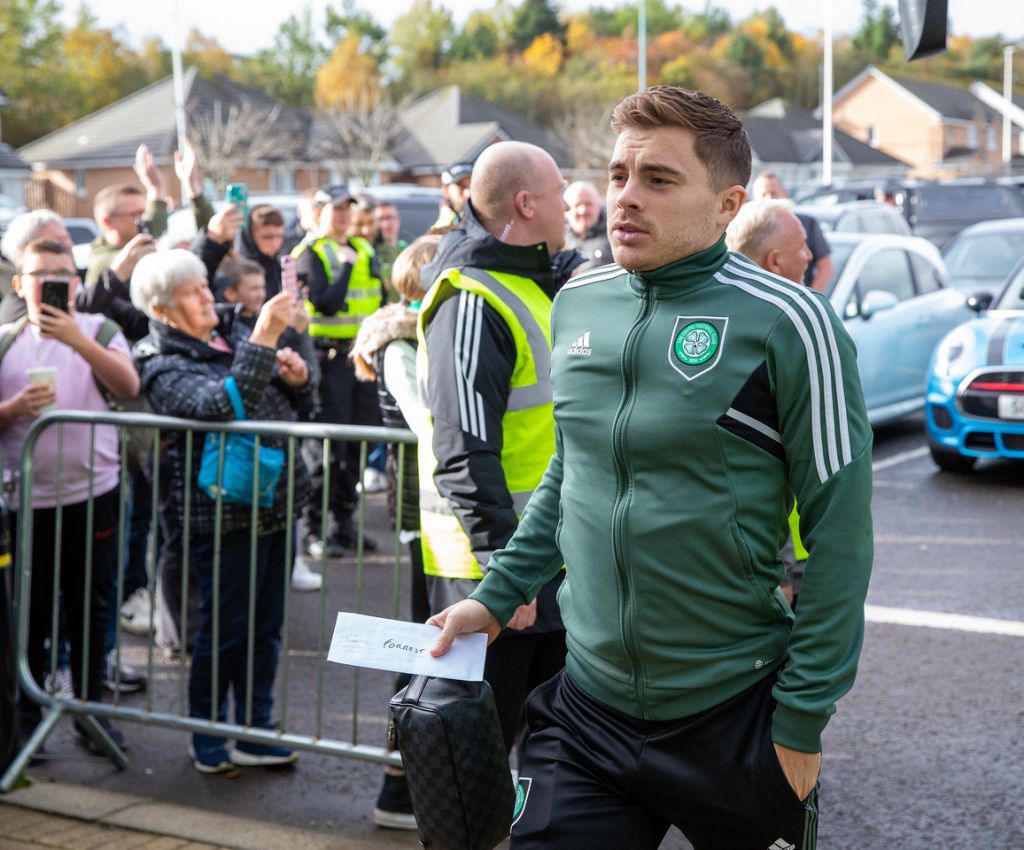 James Forrest is a graduate of the Celtic Academy

There is an automated calculator that displays the amount payable. It displays the total once the applicant fills out their training schedules. During registration, the stu-dent needs to select their location. After selection, they are automatically redirected to their home page portal. 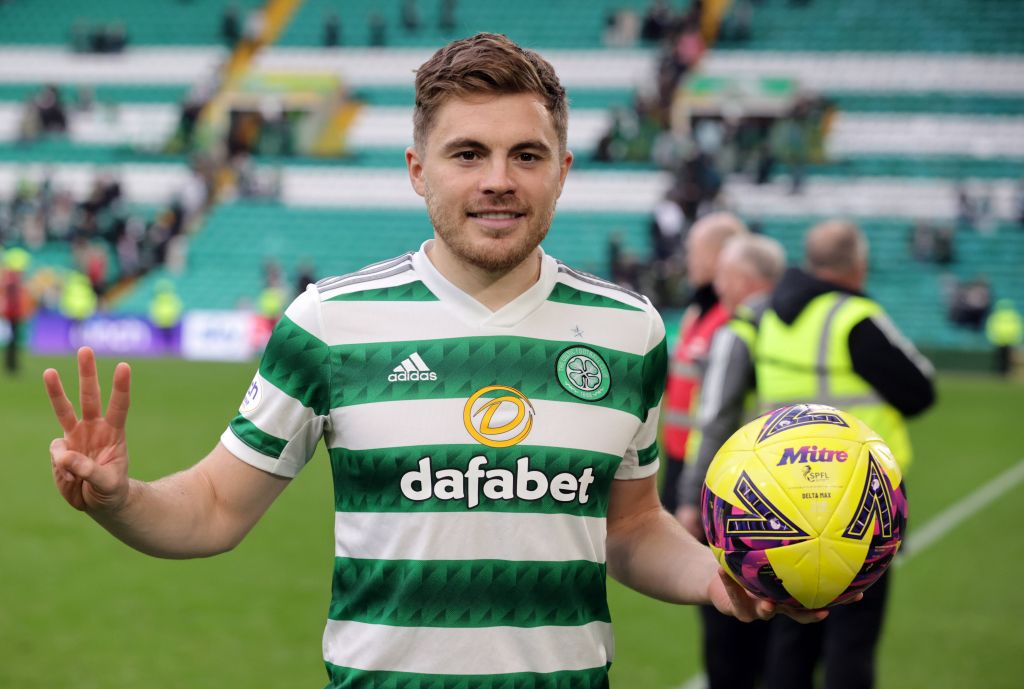 Your path to becoming a Celtic player starts with registration for trials. Sign up at the Celtic FC youth program page. To access the page, visit the Celtic FC website and open the Academy tab. Follow these steps:

• Click on the tab Players Wanted and select Trials.
• A trial registration form will open. Fill in the form with your details. Do not try to trick the management by providing false information. They will discover it was false, and you will be expelled.
• You will be booked for a trial date and be informed by email. Reply to confirm your availability on that date.
• Be sure you arrive at the Celtic Park in Glasgow, Scotland, at least 30 minutes earlier. You can apply for trials at least twice every year.
Terms of joining the Celtic Youth Academy

The Celtic Youth academy is highly regarded in Scotland. It is the easiest path for students who want to become professional footballers and play for Celtic FC. Players at the Academy learn the Celtic way. They offer a wide range of programs that fit both the youngest player and the Youth over 18 years old.

If you are over 18 years old, the Academy will require some form of identification, such as an ID or passport. Fill in the form at the Celtic FC website and wait for a re-sponse. If you impress the management, they will invite you for an interview or trial. If you pass, you will be admitted into the Academy. Make sure that you sign a contract to show you have been admitted. 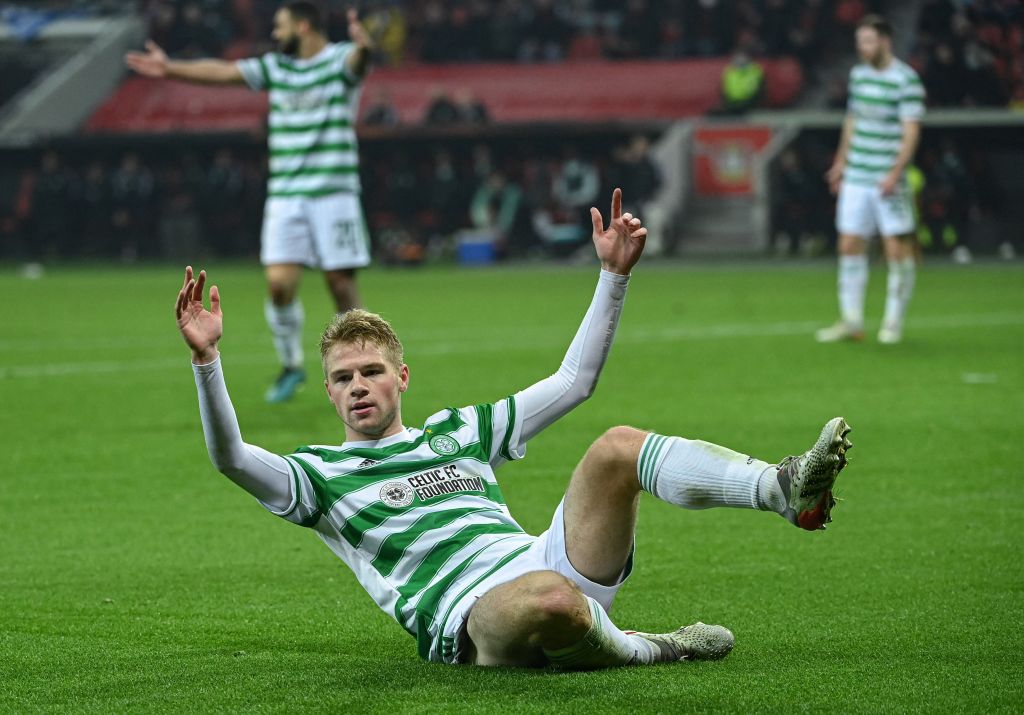 Students train under the U16s, U17S, and U19s categories. Before training com-mences, you will be taken through the audition procedure. After succeeding, the in-structors assign you to a team based on your age. The training process includes friendly games and competitions. You must fulfill these terms to qualify to join the Celtic Youth Academy.

• The student must fill in all the application details and sign the form. If they are under 18 years, their parents or guardians must sign the form.
• The academy will confirm admission through email after receiving the admis-sion request. Admission confirmation cannot be made if no application fee is paid. Submission of the application fee indicates the student agrees to be bound by the terms of enrolment.
• Admission is made on a first-come, first-serve basis. If a training course lacks enough applicants, it will be canceled.
• Students who participate in a course are given priority to book future courses.
• Students must pay the training fees in full before the course commencement date. This includes students registered for holiday programs and residential courses.
• The club possesses full rights to postpone or cancel a course.
• A student is free to cancel a course, but they must give written notice 30 days earlier.
• All members and coaches are insured under Public Liability cover. A student who wishes to take additional cover is free to do so.
• Every member agrees to be bound by the academy’s code of conduct.
• Discipline and time management are strict requirements for club members. Any misbehavior, aggressiveness, or disruption will not be tolerated.
• Videography and photography during training are allowed. Any student who wishes not to be photographed or videoed should inform the academy in writing. If the student is under 18, their parents should write and sign the letter. 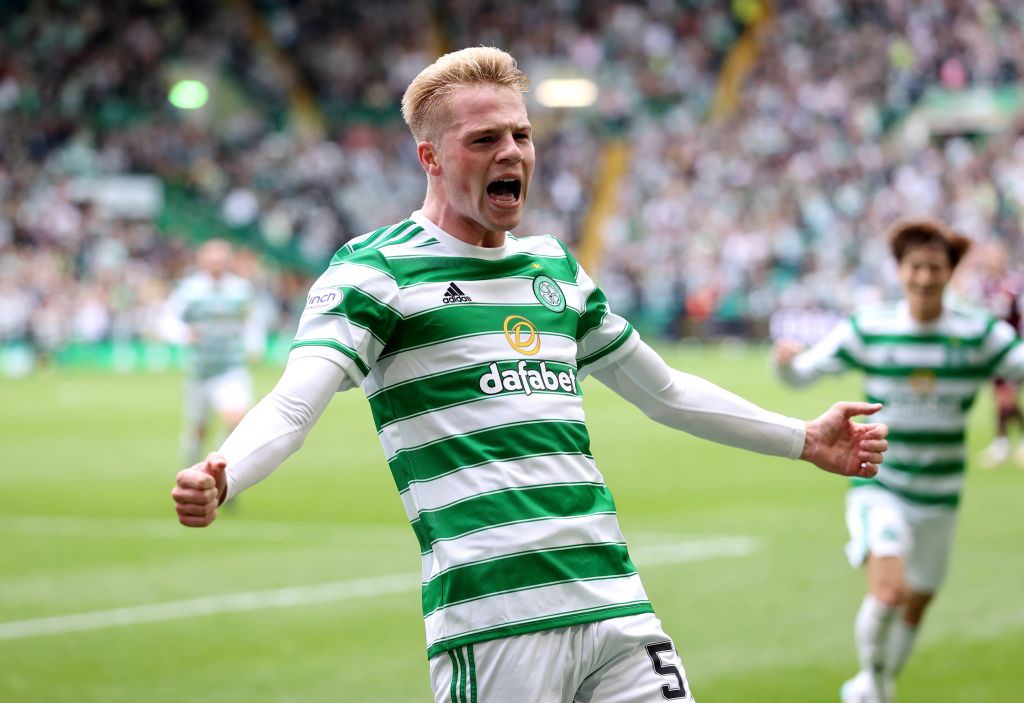 About the Celtic Academy courses

Training courses at the academy run throughout the season. Training is done in different locations within Central Scotland. Since students need to attend school, train-ing is done during school holidays. Courses are broken into blocks, with each block lasting between 8 to 10 weeks. The Club Support Programme is divided into three packages.

Gold Package – cost £400: This is a player development package consisting of 6 team training sessions. The training is delivered at the member’s club. Seasoned Soccer Academy staff does the training as per the Academy curriculum. Participants are given a chance to train at the Academy grounds for one season. In this case, players are required to travel to the Lennoxtown Training Centre.

Green Package – cost £250: The Soccer Academy staff delivers the training at your club under the Academy curriculum. It involves 6 teams taken through an intensive 6 weeks of training. Participants benefit from Player Development and Coach Educa-tion training.

White Package – cost £325: Trainees benefit from Player Development and Coach Education training. They get a chance to visit the Lennoxtown Training Centre for training. The training involves 6 teams trained for 6 weeks.

The Academy offers a variety of other short courses. Most of them are invite-only courses offered on weekends or during holidays. These are courses such as Elite Girls, Future Hoops, and Goalkeeper Development. 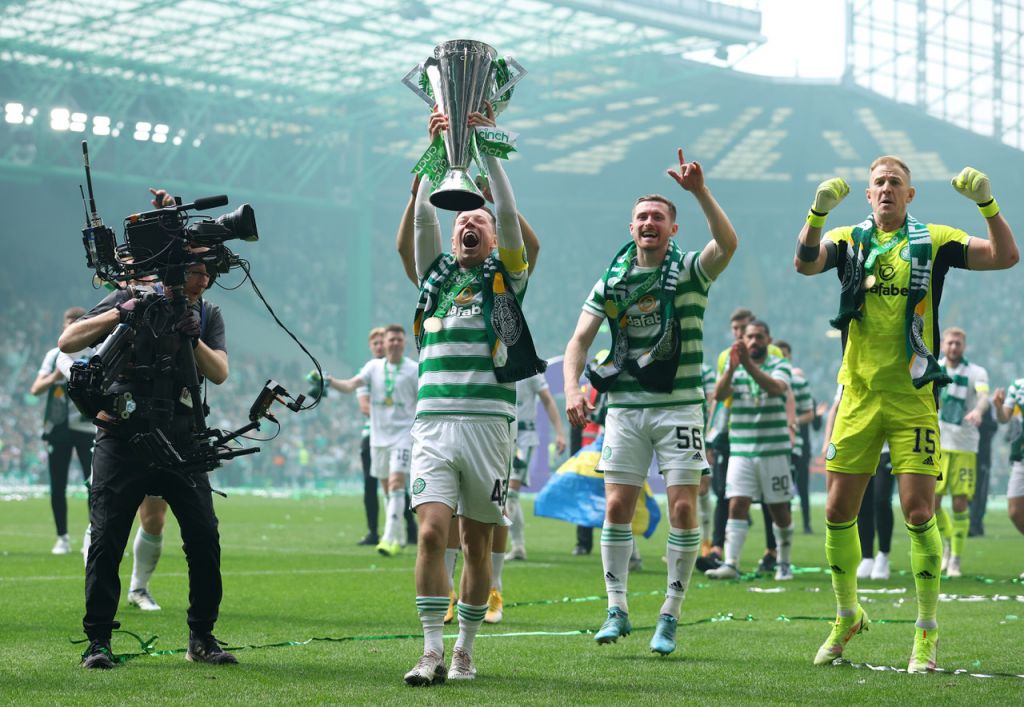 The easiest way to become a Celtic player is to join the Celtic Academy. It supports youthful players by training them in professional football skills. The academy is sponsored by Celtic FC. To join the academy, you have to fill out an online registration form and send the fee. The trainers will invite you for trials, after which you will be admitted. Training is mostly done during holidays and on weekends.

Previous ArticleKewell worries Socceroos lack Magic without Wizard of Oz
Next Article “I haven’t seen it back but I thought it was a bit crazy at the time,” says Celtic star