It was Firhill for Thrills on the Saturday, 18,000 packed into the compact Maryhill ground to watch Danny Crainie’s finest hour, his second-half hat-trick giving Celts a somewhat flattering 3-0 victory against the struggling Jags, the woodwork and Bonner combining to preserve a fortunate clean sheet.

If we had rode our luck a bit against Thistle, then the May Day performance against Hibernian at Celtic Park was at the other end of the spectrum. Bertie’s team had been a thorn in our side all season, with two wins and a draw from three games, however, today belonged to Glasgow’s Green and Whites.

On Danny McGrain’s 32nd birthday, his great friend Tommy Burns got the party started after fifteen minutes, with a goal-of-the-season contender, twisting and turning before smashing the ball high past a bewildered McArthur in the Hibs goal. Three minutes later, man-of-the-moment Crainie kept his own tremendous scoring run going with an opportunist second.

Hibs were on the ropes and the Celts smelled blood, Aitken, McCluskey and MacLeod, with another double, taking the tally to six with half an hour still to play. Surprisingly, there would be no further punishment for the Edinburgh men, the 16,000 Celtic supporters happily leaving the ground to chant their anthems of triumph down London Road and the Gallowgate. With three games to play, two more points were required for two-in-a-row. 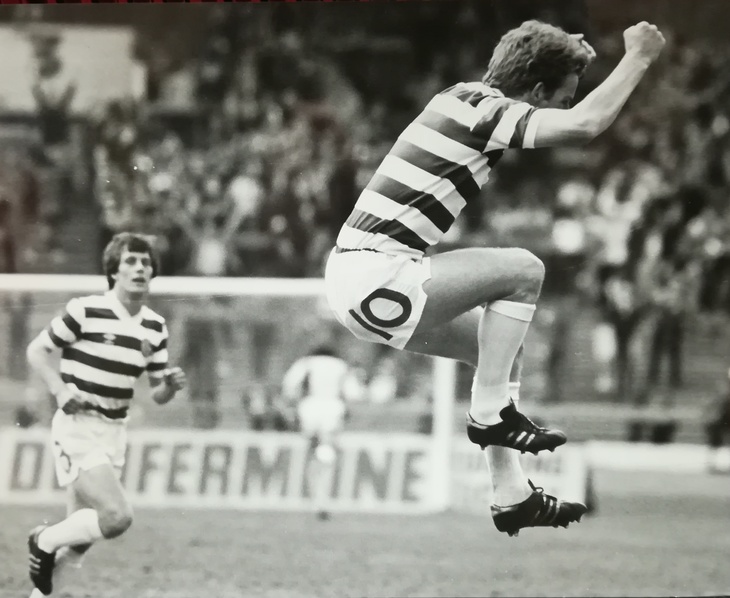 The first chance to grab these points and the title came just two days later, on a Bank Holiday Monday. Saint Mirren were the visitors to Celtic Park, having shipped twelve goals in three Love Street defeats earlier in the season, albeit winning the only previous meeting at Parkhead, 3-1 on Willie Garner Day.

I remember it as a miserable, rainy afternoon and, perhaps for that reason, we deserted our usual Celtic End spot for a seat in the stand. There was a healthy (by 81/82 standards) 27,000 crowd in the ground but the atmosphere was strangely tense, given the fantastic performance at the weekend.

Celts started where they had left off on the Saturday, bombarding Billy Thomson’s goal from all angles. However, it was proving to be one of those frustrating days, good chances going a-begging as players tried too hard to break the deadlock and the St Mirren defence settling comfortably into their task.

The crowd grew increasingly anxious and, as often happens, this made things worse rather than better. Long before the end, it was clear there would be no party in the Celtic Club that night. In fact, we almost lost both points right at the death, Bonner saving the day following a rare Buddies breakaway. 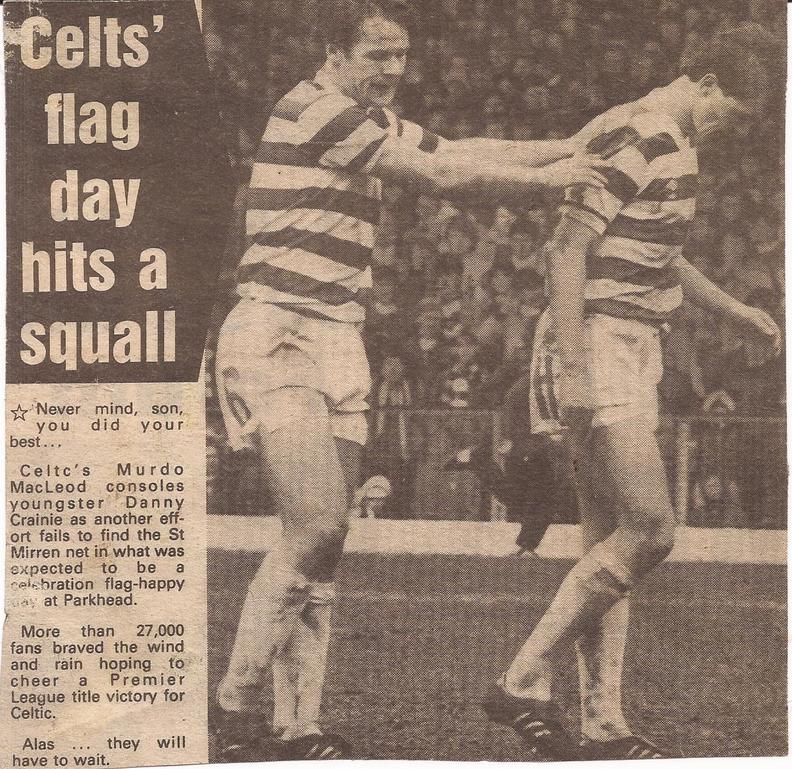