It was a subdued Cairn bus which headed through to Leith on the morning of Saturday 24 October 1981, five days after John Doyle’s sudden death, for the game against Bertie Auld’s Hibernian. The match itself reflected our mood, a dour struggle decided by two penalties either side of half-time, Ally MacLeod sending Bonner the wrong way whilst McArthur was the Hibs hero, stopping the spot kick from Nicholas then the rebound from McGarvey. It was the first league defeat of the season, a sad end to a sad week for those of us with Celtic in our hearts. 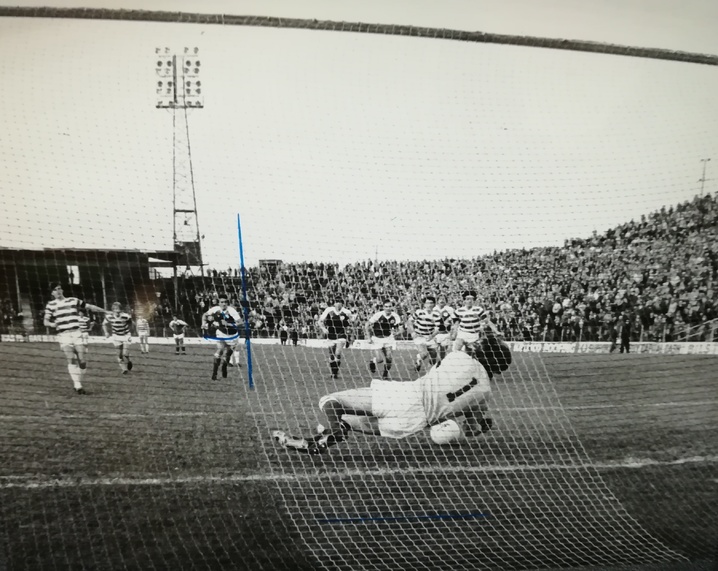 It was also the final competitive appearance in the Hoops for Willie Garner, who maintained a perfect record of three games, three defeats for his boyhood idols. If Johnny had lived the dream then poor Garner was experiencing his worst nightmare.

His Celtic career would be a gift to football anoraks, as he actually won two trophies with Celtic, whilst contriving to lose every competitive game he played.

Give in? Willie actually played in the Celtic team which won the televised National 5-a-side trophy at Wembley in November, beating Kevin Keegan’s Southampton in the final if I remember correctly, having earlier disposed of Manchester United. Young strikers Nicholas and Danny Crainie were in their element as we watched it on ‘Sportsnight with Coleman’, Willie McStay, John Weir and Peter Latchford completing the squad. The following May, he played in a Young Hoops side in the Glasgow Cup Final at Ibrox, although, true to form, Willie scored Rangers’ equaliser in a 2-1 Celtic victory. I cringe even now as I write this, at the poor man’s misfortune and pray to god he retained his sense of humour! 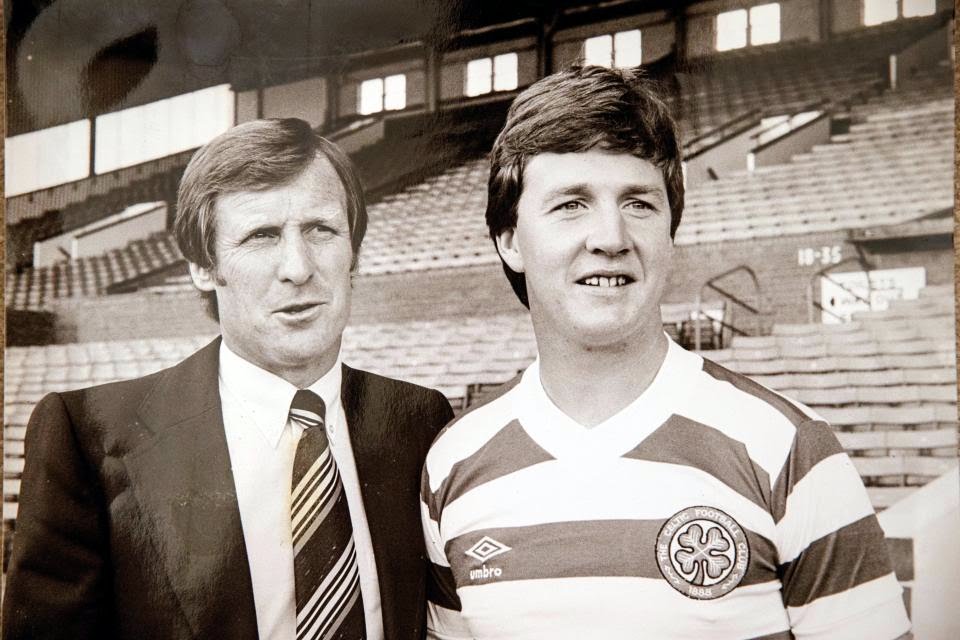 Billy had brought him from Aberdeen at the start of the season, knowing him well from his time there. He had partnered Willie Miller at the heart of the Dons defence when they beat Celtic in the League Cup Final some four years earlier, then moving down the pecking order as the young McLeish emerged as first choice under Ferguson. As he arrived at Parkhead, replacing Roddie MacDonald who moved to Tynecastle, I remember thinking that we had got the better of that deal. It was just one of those things.

Having dropped three points in two games after a perfect start, Celtic returned to winning ways at Broomfield on Halloween, Dom Sullivan, McCluskey and Burns on target in a scare-free 3-1 victory, Tommy’s sublime shuffle and chip for the third goal being the highlight of the match. 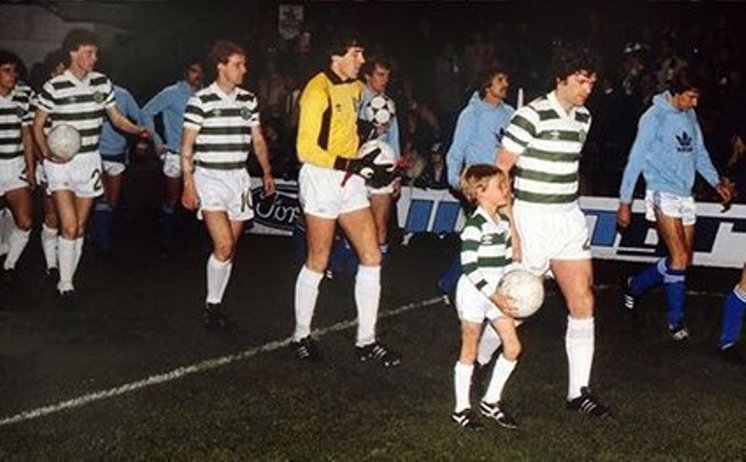 The following Tuesday saw another one of those special Eighties trips over the border to take on a top team from England, this time Bobby Robson’s fantastic Ipswich side at Portman Road, in a testimonial for Irish defender Alan Hunter. The current holders of the UEFA Cup and possibly the best team never to win the English title – they had been narrowly pipped by Aston Villa in the spring – they boasted the wonderful talents of Dutchmen Thissjen and Muhren, English internationalists Butcher, Mills, Gates and Mariner, as well as Anglo-Scots Brazil, Wark and Burley. A formidable side by any measure.

Celtic supporters made up around half of the 15,000 crowd, although, strangely, this was the only such occasion where the Cairn CSC, for whatever reason, chose not to run a bus down. The night itself was memorable for three reasons; outstanding vocal backing from the Hoops fans, a 45-minute floodlight failure which provided a career highlight for a flute band from Wishaw (you could not make this up!) and a fantastic attacking performance from the Bhoys, with the terrible trio of McCluskey, Nicholas and McGarvey all on target, as the Celts twice came from behind to snatch a 3-2 win at the death. 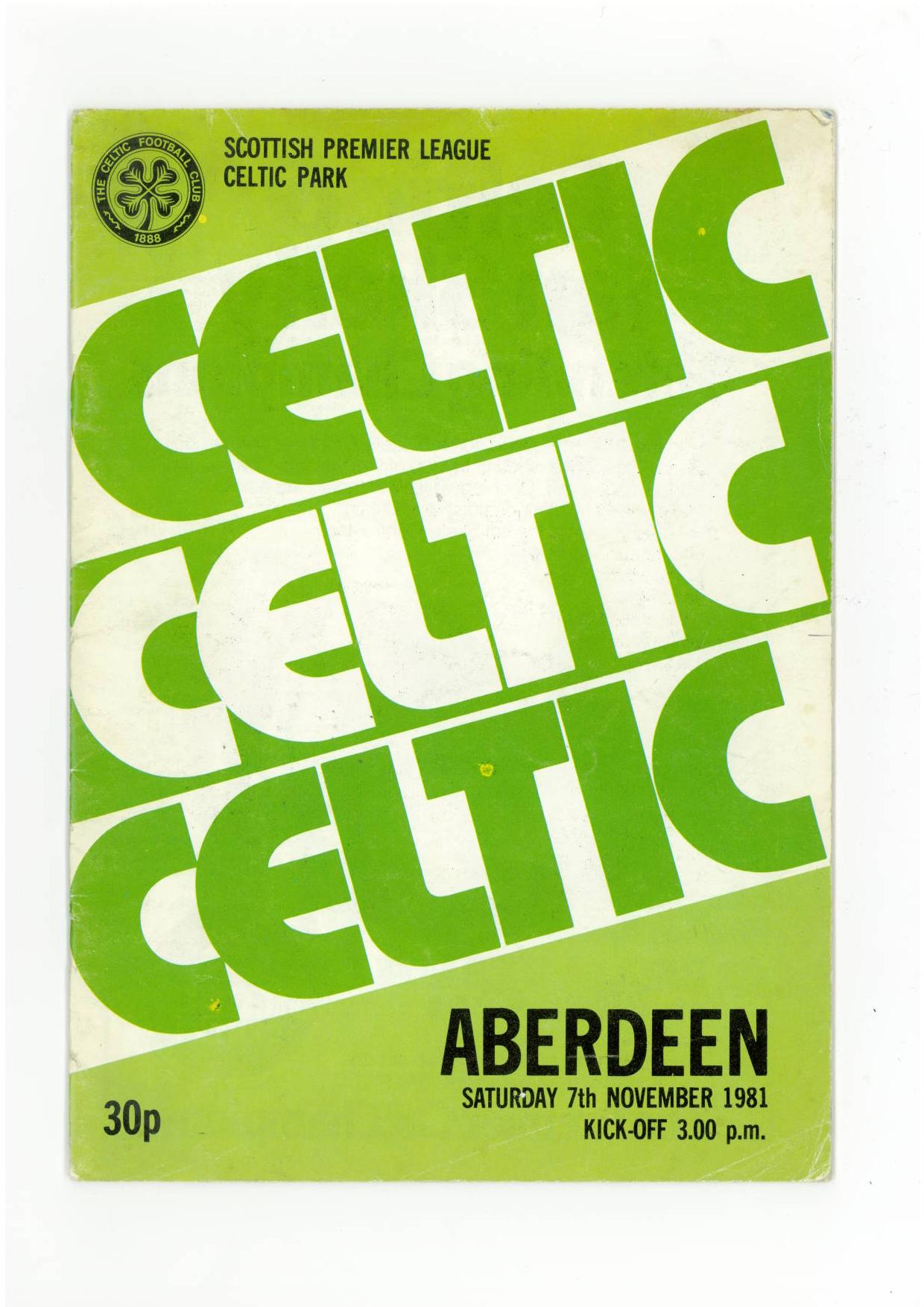 There was another thrilling game on the Saturday, as Celtic finally overcame their two-year hoodoo against Aberdeen at Parkhead, glorious strikes from McGarvey and McCluskey either side of the break rendering Strachan’s last-minute counter irrelevant. This would prove a pivotal moment in the season.