Ten days later, Celtic suffered a major blow, Charlie Nicholas emerging from a challenge with Morton’s Joe McLaughlin with a broken leg. And unlike the old John Greig joke, this leg was his own! Ironically, he was only participating in the Cappielow reserve game to maintain his match fitness levels during the enforced fixture break. Now his season would be effectively over.

Continuing the Maryhill/Greenock theme, around the same time, Charlie’s next-door neighbour from his Wyndford days, Jim Duffy, finally gave up on his attempts to win a first-team place by joining Morton. Watching Duffy over the years – he also enjoyed tremendous success at Dundee and Falkirk – it always struck me that he was a better central defender than most/all who played in the Celtic sides of the time. It remains a real source of mystery and frustration that he failed to make the grade at Parkhead, often saving his best performances for games against us. Jim was the one that got away.

Following a series of friendlies, competitive football finally returned in the shape of a Scottish Cup tie against Queen of the South at Celtic Park. I was in the Front Stand, one of around 10,000 maniacs on a bitterly-cold day, to witness the first-team debuts of two highly-rated youngsters, Paul McStay and John Halpin. The winger would have an eventful day, missing an open goal then hitting the fourth and final counter late on, his only senior strike for the club.

By contrast, this was the start of a glorious career for the 17-year-old Maestro, who had first come to prominence two years earlier with Scotland Schoolboys, in a 5-4 victory at Wembley. The high expectations at Celtic for him were not misplaced. 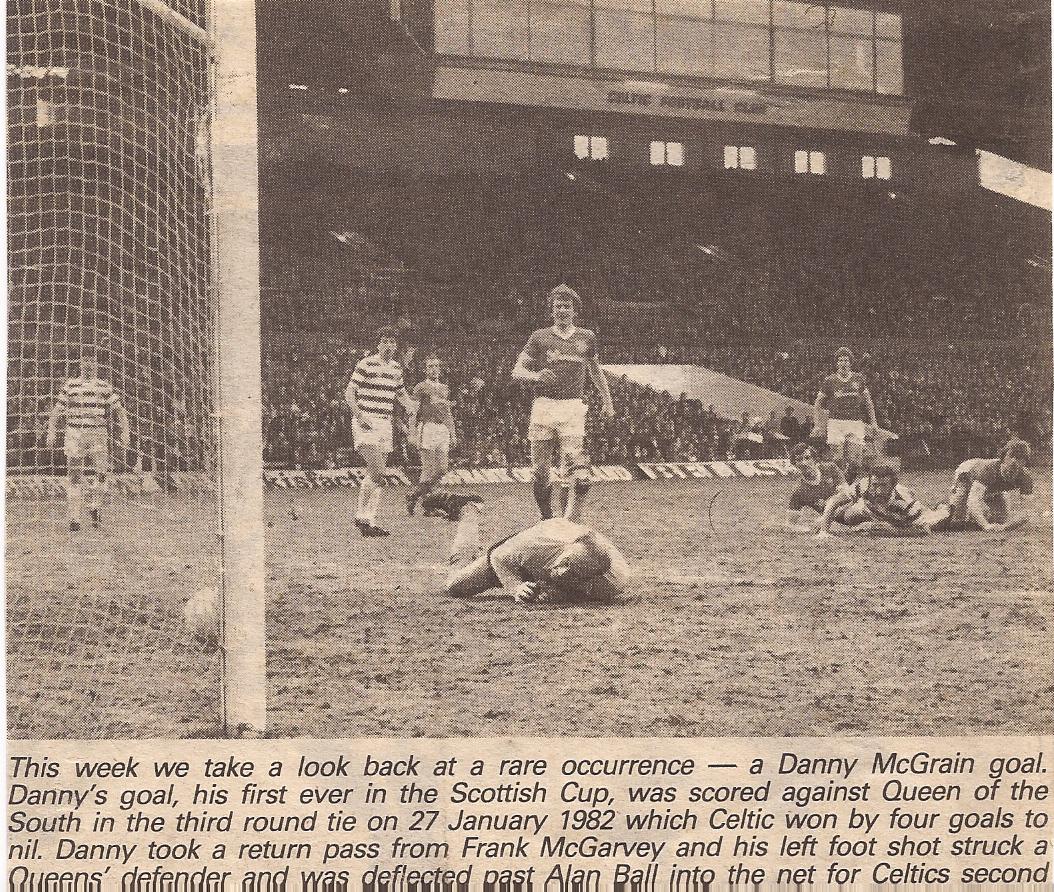 The usual suspects of McGarvey and McCluskey were also on the scoresheet in a 4-0 win. However, by far the loudest cheer of the day was for Celtic’s second goal, a first in nearly three years for McGrain. Like JFK and 9/11, you tend to remember where you were when Danny scored a goal at any point in his fantastic career, one at Gayfield immediately springs to mind. It was the only flaw in his marvellous armoury, with the phrase ‘the Danny McGrain School of Finishing’, a well-used satirical putdown for poor strikers in my social circles, sadly mostly directed at Yours Truly.

Paul McStay would score his first goal for the club the following Saturday at Pittodrie, and what a goal it was, Celtic’s third in a brilliant 3-1 victory over our main rivals. We in the Cairn dutifully respected the official CSA ‘bhoycott’ of the fixture, Aberdeen not for the first or last time slashing our ticket allocation whilst things were going well for them. We then watched the TV highlights through gritted teeth, as the players celebrated in front of a packed Paddock End which included The Celtic Star’s Editor! McCluskey, from the spot, then MacLeod had earlier put Celts ahead, following MacMaster’s first-minute opener for the home side. 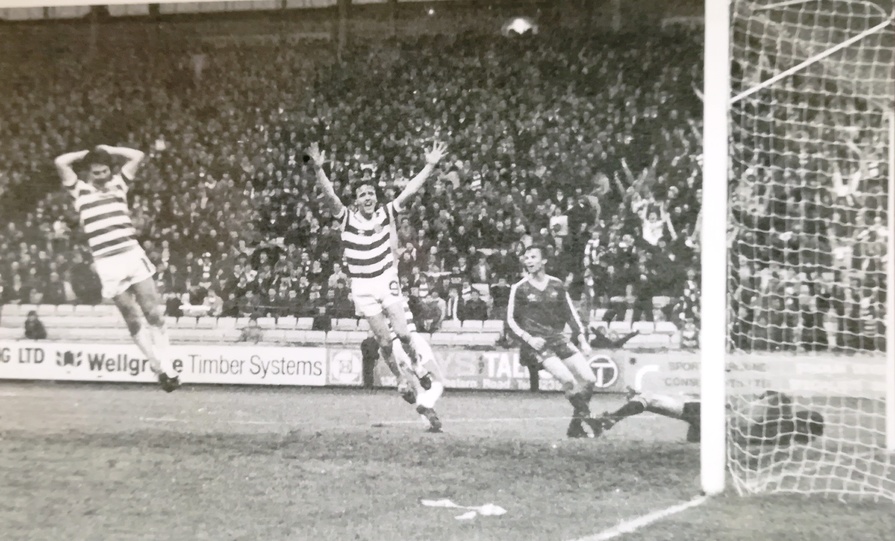 February was a hugely frustrating and disappointing month for Celtic, opening with a dull, midweek scoreless draw against Hibs at Parkhead, the game featuring another second-half floodlight failure, although most supporters seemed thankful for that, given the poor product on show. The only victory in that period came the following Saturday at Dens Park, Murdo at the double and McGarvey finding the net, before ’86 title hero Albert Kidd CSC replied for the Dark Blues. 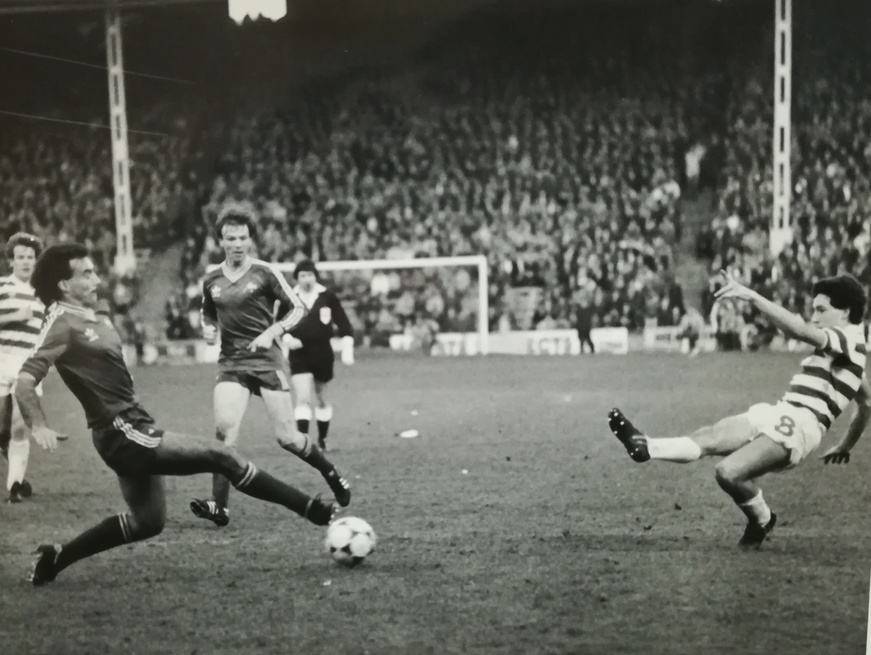