You are at:Home»Latest»Celtic are in safe hands with Stevie Woods’ track record

CELTIC are currently on the hunt for a new goalkeeper after Fraser Forster’s loan deal expired and Craig Gordon’s contract expired. One man that will be carefully scrutinising each of the club’s targets with the view to working with them on a daily basis is Stevie Woods. Woods is an unsung hero behind the scenes at the club with some inspirational work with the keepers at the club in the last few years.

Fraser Forster remains the club’s first choice to become Celtic’s No.1 ahead of a potentially historic season. This time last year, Forster was loitering as third-choice goalie at Southampton but a year in Glasgow transformed him and gave him the confidence to become club number one.

It is well documented that Lennon was the manager to give Forster his break in football but it is the Celtic goalkeeping coach that helped turn ‘The Great Wall’ into the English Internationalist. 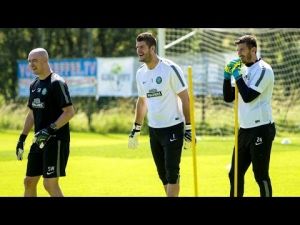 Stevie Woods is often an underrated cog in the Celtic machinery, he has been at Celtic since 2007 and in that time, has amassed an incredible 20 winners medals.

Since becoming Celtic goalkeeping coach in 2009, there have been four regular number ones a the club: Artur Boruc, Fraser Forster, Craig Gordon and latterly Scott Bain before Forster reclaimed the gloves.

Artur Boruc was an impressive keeper when Woods joined but his lifestyle and personality meant that he was in need of being kept sharp and out of the spotlight. Within that period, Boruc excelled making some stunning stops that saw him nominated in 2008 for FIFAPro World XI. Boruc left Celtic after struggling for a couple of seasons but still with a reputation as a truly exceptional keeper.

The man that replaced Boruc was a youngster from Newcastle, who Woods was convinced didn’t have it in him to become a Celtic player – until he met Forster.

Through the tireless work of Woods and the Celtic coaching staff, Forster worked to become a £10m player, representing England and breaking records in Scotland between the sticks. Forster spent two seasons on loan at Celtic before a permanent switch to the Scottish Champions after Alan Pardew saw him as surplus to requirements. Forster’s progress from the lanky youngster who’s kicking was poor to a dominating, physical Internationalist that was one of the standout goalkeepers in English football for a couple of seasons.

Before Forster left for Southampton, Woods sought to rectify the career of multi-million goalkeeper, Craig Gordon. Gordon’s career looked over in 2014 after nearly two years out of the game due to injuries incurred at Sunderland; however, Woods spied on him while he regained fitness at Murray Park.

Gordon was invited to train in secret and Woods knew that he was good enough to sign for Celtic. Gordon went from the doorstep of retirement to becoming an Invincible, a Treble Treble winner and 50-cap internationalist. This was testament to the dedication of Woods and Gordon to restore the ex-Hearts keeper to his former glory. They did just that, Gordon has been mightly impressive in his time at Celtic, amassing 236 appearances. 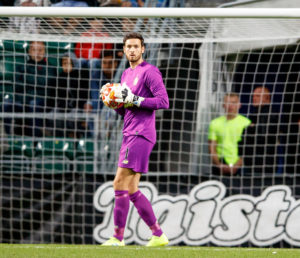 Despite injuries giving Scott Bain a chance to break into the first team, Gordon has done little wrong in his time at Celtic – working to win his place back on a couple of occasions. Scott Bain was signed due to Gordon’s injury and was rewarded with a chance when the hapless Dorus De Vries was injured on the eve of a trip to Ibrox.

Woods was heavily involved in the pursuit of Bain, who had been isolated at Dundee following a fight with Neil McCann; however he was only signed as a backup. In nearly two years with Celtic, Bain turned into a Scotland Internationalist as well as number one for a spell, displacing Craig Gordon after the Winter Break last season. 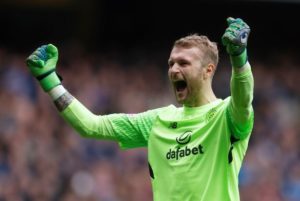 Forster returned as Neil Lennon become the manager on a permanent basis, the goalkeeper had struggled in the last two years at Southampton with injuries and had become 3rd choice at the Saints.

Despite his lack of action, Woods and Forster’s incredible working relationship took off again, resulting in incredible performances namely versus Lazio and Rangers. The work of Woods is exemplary and he is a credit to the Celtic staff, so much so that he has managed to rectify the careers of a couple goalkeepers and launch those of others. 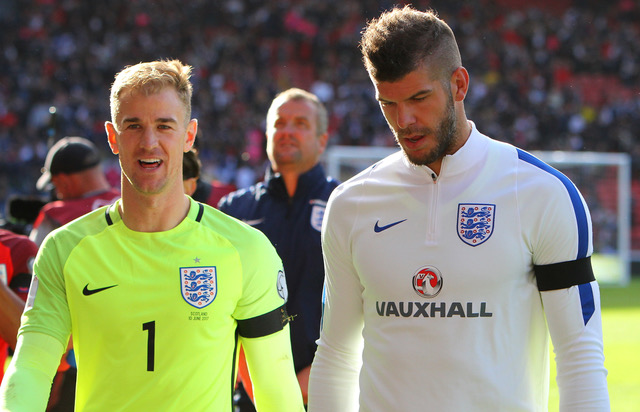 Whoever Celtic sign, the support will take solace that the man working with them on a day-to-day basis is Stevie Woods and that he will have played a part in signing them. Celtic have been heavily linked with a move for Fraser Forster with Wigan’s David Marshall, AEK Athens’ Vasilios Barkas and Joe Hart also being linked with the vacancy. Following the end of Forster’s loan deal as well as Craig Gordon leaving for Hearts, Scott Bain remains the only first team goalkeeper at the club.