Celtic will be looking to improve in their striking department in the upcoming transfer window as they look short of options at the moment. And recent reports suggest that £5 million-rated Solvenian striker, Andraz Sporar, is being scouted by the club.

Sporar currently plays in the top division of Slovakian football for Slovan Bratislava. He has been very impressive since moving to the Slovakian side, scoring 57 goals in just 74 appearances. And if rumours are to be believed then his good form has caught the eye of the Scottish Champions.

Celtic are clearly short of options up top at this point of time. While Odsonne Edouard has been in spectacular form as expected, he has not had much in the name of back-up from either Leigh Griffiths or Vakoun Issouf Bayo. As a result, an injury to the Frenchman can easily disrupt the club’s season. We have already since how Lennon was forced to play Lewis Morgan up front in the absence of Edouard and thankfully that was not even a long-term injury or the consequences could have been much worse. 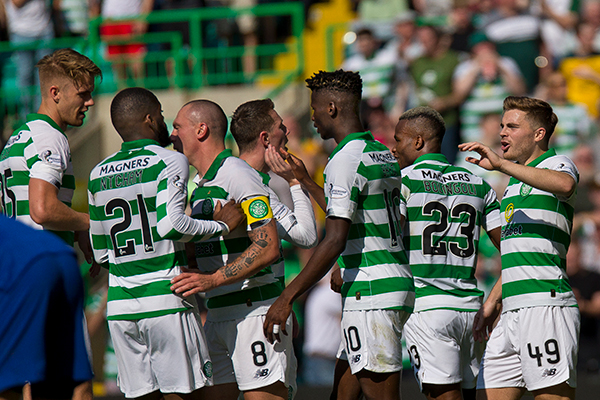 Sporar has represented the Slovenian national team on 19 occasions as well. And while he could prove to be a shrewd signing, the fact is that the 25-year-old has not proven himself in any top league yet. The biggest club he has ever been in is FC Basel and he only managed 1 goal in 26 appearances. Thus Celtic could very easily get more reliable options for his £5 million price tag.