You are at:Home»Latest»Celtic B 2 Caledonian Braves 0 – The Postecoglou Template and the Philosophy Trickling Down

Anyone tuning into the Celtic B team game against Caledonian Braves this afternoon was bound to have been impressed. Tommy McIntyre’s side won the game by two goals without reply, but if you didn’t recognise many of the players you would certainly have recognised the template the young Celts were working from. 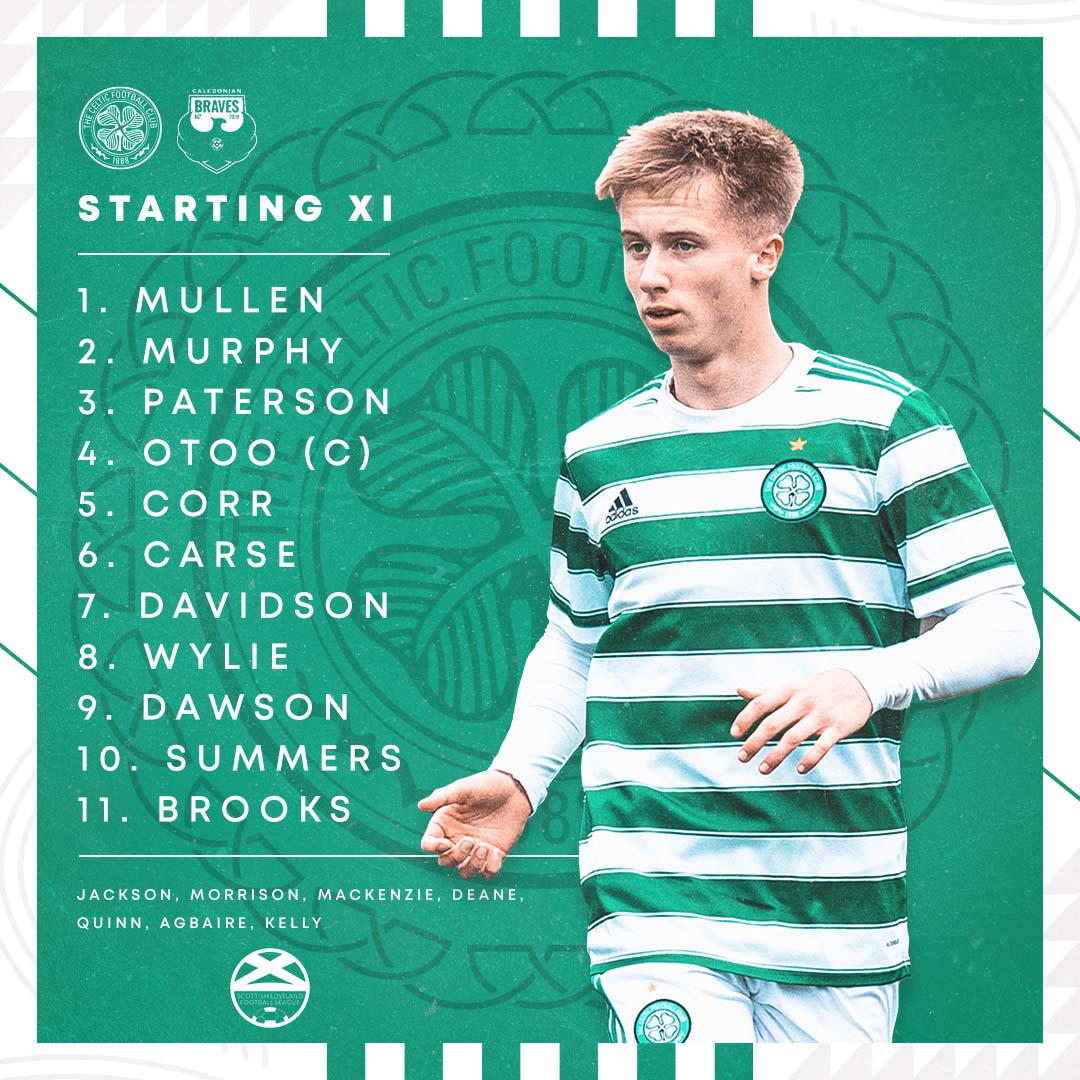 Put it this way, if Celtic do get the same sort of luck with injuries as they’ve had so far this season, there isn’t a player in the B team who won’t know what is expected of him should he be required to step up. That first team template is clearly being practiced at the lower age levels and that bodes for a seamless transition should the young players have the ability to make the grade.

And it has to be said a few of them certainly looked capable performers. Joey Dawson was perhaps the best-known name, given he’s already seen some first team action, but in truth despite scoring a trundling effort to put Celtic 2-0 up, after some superb build up play from Adam Brooks, there were little gilt-edged chances for Dawson, who was always available for the ball but found frustration with the assistant referees regularly flagging when his timing seemed sound.

Match report as the B team extend their winning run to six games with a 2-0 win over Caledonian Braves ✍️🍀https://t.co/wMgfJ9e83J

Meanwhile the opening goal, scored by man of the match Ben Summers, was a thing of beauty, as the deep lying playmaker Mackenzie Carse – who was excellent throughout – took the ball following a deflected effort from Bruno Davidson supplied the pass for Ben Wylie to find Ben Summers who executed brilliant but the flicked pass round the corner was a touch of genuine class.

The second half had less to write home about, but the pleasing aspect was the sheer control of the game Celtic exhibited throughout. Despite half time changes the team kept their shape, held their discipline and even when under pressure continued to try and do what is demanded of the first team, not a second wasted and perpetual motion.

Other players of note had to be Joe Murphy at full back and Ewan Otoo for his first half run out, meanwhile Brody Patterson was also and assured presence in the second half. And Ryan Mullen in the Celtic goal may not have had a lot to do but he handled the ball well, looked comfortable with the ball at feet and distributed quickly and with assurance. And his save from Reece Armstrong was superb and timely, ensuring the Hoops kept their clean sheet, and at only 1-0 at the time, it was an important moment.

In truth however Adam Brooks and Ben Summers will probably argue all the way home as to who was the best player out there today, and I’m happy to leave them to it. The one thing I will admit is both look capable at this stage of their development of having a genuine future in the game.

For Tommy McIntyre this will be a pleasing performance and a superb result. His team now extend their winning run to six games and after a winter interlude there were no signs of early rustiness and the team only appeared to feel the pace in the final few moments.

And if Ange Postecoglou was watching from home, as first team coach Stephen McManus was from the sidelines, you can imagine their most pleasing take home message was the continuity from the first team to the B team is there for all to see.

That Postecoglou template was evident throughout, that alongside a few players who will be well worth keeping a close eye on in the weeks and months ahead.

Great to present on Celtic TV today – and another win for @CelticFCB to top it all off 🍀 #CelticFC pic.twitter.com/21jHCFG1Zj

1st broadcast of the year ✅🍀

1st ever remote production done fully on mobile data for us too 😬 Went really well. 😅

Transfer Latest – Reported Celtic target Christopher Scott joins Royal Antwerp
“This is a big opportunity for me and I will be giving it my all every day,” Adam Montgomery
Celtic Midfielder Matt O’Riley’s Season Review – 7.5/10
Previous ArticleExclusive – A Phoenix Rising, a House of Steel. Celtic Park Redevelopment Photographs
Next Article “For Celtic this will open up a new market and will provide a strong income stream,” Financial Analyst