You are at:Home»Latest»The Celtic banner stolen from an Orange Walk

ON FRIDAY, 30 APRIL 1909 Celtic triumphantly brought to an end a period of twelve days in which they played eight games to win the Scottish League.

The Championship is sealed at Douglas Park, Hamilton in a 2-1 win over the home side. The goals are scored by Davie Hamilton and Jimmy McMenemy, but the celebrations had to be brief for the team was due to set off on a Highland tour the next day! 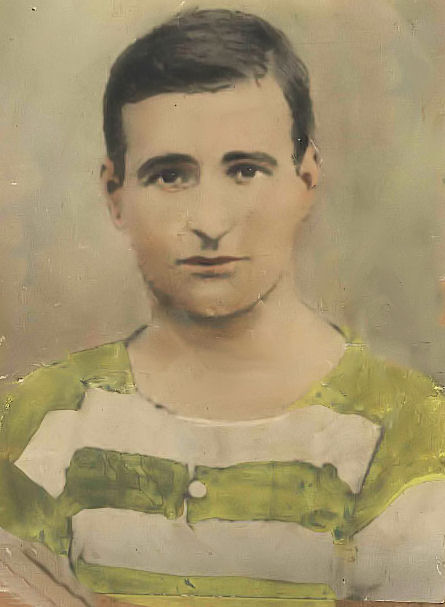 From The Celtic Wiki…

“I cannot forget little Hamilton, a forward of arts and parts, whose nimble trickeries along the touch have been so profitable to the team.”  From The Celtic Story, 1960.

“The Bennet, McMenemy, Quinn, Somers and Hamilton front line was a treat to watch in their sinuous movement and deadly attacks.”  Willie Maley on the 6-in-a-row team

Anecdote
One story is from Alec Maley of a Celtic player (believed to be Davie Hamilton) being smacked in the face before a Scottish Cup final by Jimmy Quinn as an antidote for nerves! Which final he did not say.

“The Sarsfield Brake Club had a banner of my great great granda Davie Hamilton on their club flag. They stole it from an Orange walk and painted him over it!”
Sean Hamilton (GG Grandson of Davie Hamilton) on a Davie Hamilton Brake Club banner. We don’t believe this banner is now still around – it’s pictured below. 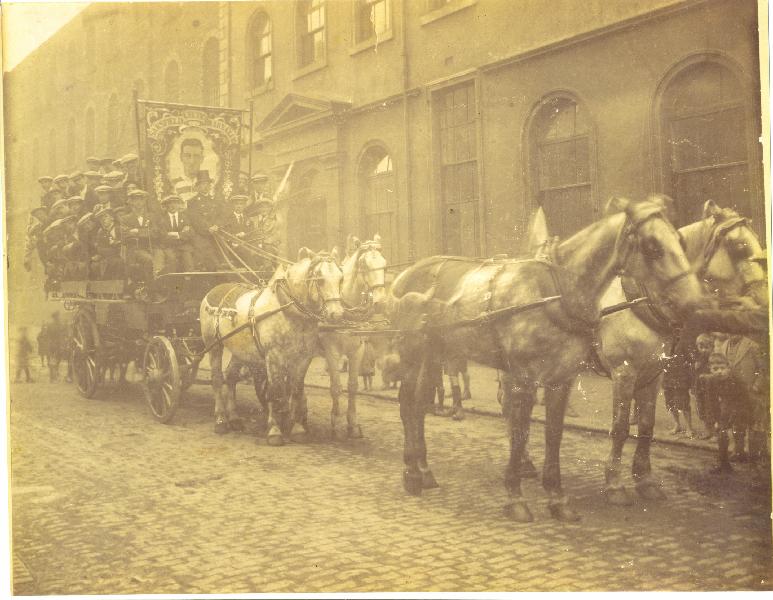