You are at:Home»Latest»Celtic Book Review: A Paradise Anthology by John C Traynor reviewed by David Potter 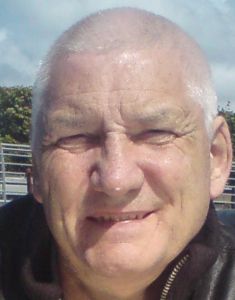 A Paradise Anthology by John C Traynor is an excellent addition to any Celtic supporters’ bookshelf. It is 191 pages of original Celtic poetry for every conceivable important episode in Celtic’s history and pre-history, written by a man called John Traynor who is obviously a life long Celtic supporter.

He has been helped in this mighty work by his son Paul Traynor and his cousin Tony Griffin. They have written Celtic history books before, but this one combines historiography with poetry, which is an unusual but by no means ineffective method of communicating such a mighty and important subject.

Some times we get a touch of the Celtic paranoia about the Irish not being welcomed in Scotland in the 19th century, and the “honest mistakes” of referees in later days, but the author is hardly the only Celtic supporter who believes that!

Jimmy Quinn, Alec McNair, Jimmy McGrory, Charlie Tully, Henrik Larsson and many others come to life in this anthology, and credit is paid to each of them. Generally so much football poetry, sad to say, is sheer doggerel. This cannot be said of this book. How about this for example of Jimmy Quinn? 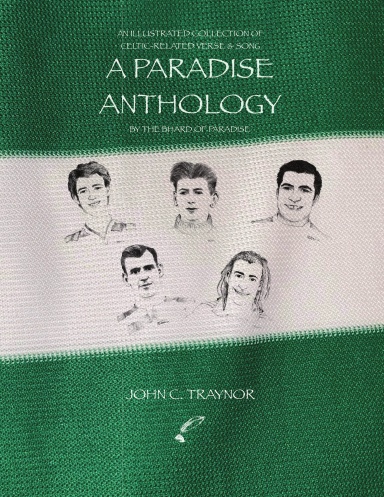 Proud bison of a man… yet, humble still

as well behoved an upright

whose Irish roots inclined him to deploy

in Celtic’s cause – through which he rose to fame.

Humble too, despite such class

no haughty airs, no neck of brass

No front despite his high esteem

he understood.., he lived the dream

though the pictures may fade,

of a dashing young hero,

all style and allure

in his legend endure

These are just examples. The whole book is a great “dipper into” – to be kept at one’s bedside perhaps for a sort of poetic night cap. The pictures are good – some are drawn by Alex S Bain; others are better known photographs. but all are of excellent quality. If one were to be pedantic, one could point out that the caption of John Fallon swinging on the bar implies that it was at the Bernabeu, when we can all see that it was at Hampden after the Dunfermline Cup final of 1965 – but we know what Mr Traynor means. Apart from that, error free as far as can be ascertained, and well worth the money.

The book is published by Bhardic Books and available on line at www.lulu.com. Well worth the £12.99