You are at:Home»Latest»Celtic considering reigniting interest in Fenerbahçe winger

Celtic are reportedly considering reigniting their interest in Bright Osayi-Samuel this summer. The 23-year-old winger joined Fenerbahçe in January and made 18 appearances, netting once and assisting once. Now, the Turkish giants are considering selling Osayi-Samuel as they look to raise capital ahead of next season.

The former QPR winger is known for his blistering pace and flair; however, he has been unable to replicate these talents in Turkey. Now, Fotospor claims that Celtic are considering a move for the player that they missed out on in January.

The player was the subject of a £5m bid from Club Brugge last summer and despite QPR’s Mark Warburton accepting the offer, the player decided to reject the chance to move to the Belgian Pro League. A few months later, he sealed the deal to go to Turkey for a fraction of that price. Although, now, it looks as if they will happily sell the Nigerian winger and Celtic could be well placed to sign him. He would likely go for around £5m as Fenerbahçe need to sell before they buy and the nature of this could potentially allow a quick move to Paradise. 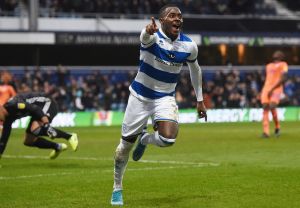 The club struggled in the wide areas last season with James Forrest and Mikey Johnston sidelined. With Moi Elyounoussi returning to Southampton, Celtic need to bulk up in the wide areas and someone that could potentially fit the remit is Osayi-Samuel.

Celtic need to reiterate the unique position that the club finds itself in and continue offering a pathway to top clubs in the ‘top five leagues’ of football with examples of Kieran Tierney, Virgil Van Dijk and Victor Wanyama all of which arrived at Celtic in different stages and left for England. Other examples such as Jeremie Frimpong and (maybe) Kris Ajer also prove what can be achieved. Osayi-Samuel will likely see himself playing in the Premier League at some stage and the route via Glasgow’s East End is a well-trodden path.

Ange Postecoglou is expected to take over as manager and mount an enormous rebuild as the club look to regain the three trophies that we surrendered last year.