You are at:Home»Latest»Celtic in Europe: A long talk with Tommy Gemmell (part 3) 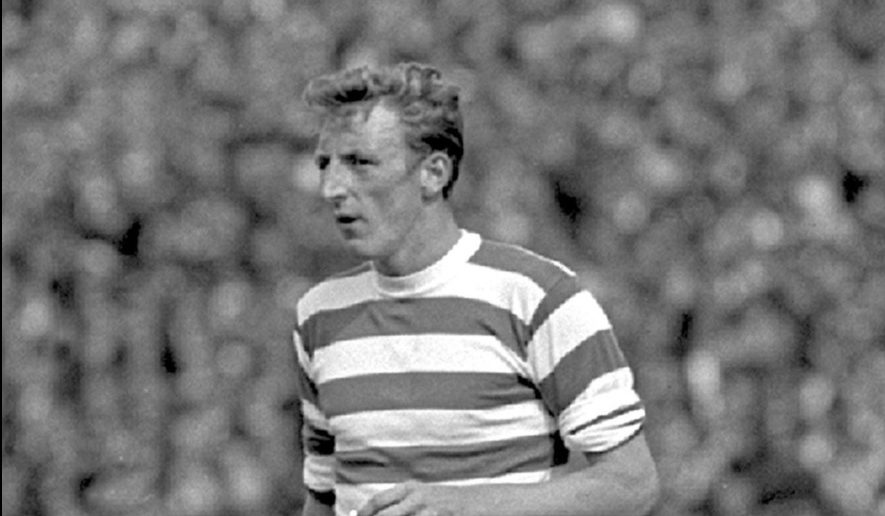 You speak of the Lisbon Lions and their different strengths and how the team gelled to make it magic. Has there ever been another team you have seen or played against that struck you as having similar qualities to those of the Lions?

The Real Madrid side that swept all before them in the early sixties immediately comes to mind. They were a beautiful team to watch, a real combination of skill and, when it was required, steel. They had so many graceful players such as Alfredo di Stefano, Ferenc Puskas and Francisco Gento. No-one who witnessed it, will ever forget their 7-3 European Cup Final win over Eintracht Frankfurt at Hampden in 1960. What a spectacle that was. I recall the West Germans pulling back a goal, I think that made it 6-2. But straight from the kick-off, Di Stefano hared straight through their defence and hammered No.7 behind their keeper. It was a bit like, ‘How dare you score against us!’

By the way, how’s this for a thought? Eintracht took 12 goals off Rangers as they won home and away in their sem-final. And Real took seven off them. Makes you wonder what the final score at Hampden might have been that day had Rangers got through. Lucky escape methinks!

Yes and I’m very grateful, too. I’ve had a lot of respect from the Celtic family almost from day one. The supporters were great to me very early in my career and I’m delighted I may have been able to pay them back in some manner. I think I was fairly consistent throughout my Celtic career and I was also lucky enough to score a few spectacular goals. If I gave you and fellow-Celtic fans a happy memory or two, then I did my job.

Can you give us some comparison on the current Celtic players versus the Lisbon Lions? Do present-day Celtic supporters get better value for money now or in your day?

I believe the Lisbon Lions are incomparable and I hope I don’t sound conceited in saying that. The Lions simply gelled and, when we sparked, I believe we were the best club side in the world. As regards value for money, I think it was more exciting and entertaining in my day. But it is also fair to say that players such as Wee Jinky, Bertie, Bobby Murdoch, Caesar and Faither in goal only come along once in a lifetime. It was a happy coincidence we were all at Celtic at the same time.

Big Tam, you scored 63 goals in 418 games for Celtic. That’s a better ratio than some of current strikers! Could you have played centre-forward?

The quick answer is ‘No’. A huge percentage of my goals came from long distance when I backed up the forwards. So, although I scored a few goals, they weren’t the type of strikes you would associate with guys such as Stevie Chalmers, Bobby Lennox, Willie Wallace or Joe McBride. They did their best work in and around the penalty box. I was happy to leave the goalscoring to the guys who knew what they were doing.

Great question! Two pubs in Craigneuk when I was growing up. I didn’t have a favourite – I was far too young to drink! However, I do recall collecting empty beer bottles and returning them to the pubs. I think you got a penny on the empties. I made an absolute fortune in that area!

How do you see the future of Celtic and Scottish football generally and what action can be taken to ensure a fairer distribution of TV revenues are received by Scottish clubs?

That’s up to the authorities to decide. The SFA and the League need to negotiate the best deals for our football clubs in general. There’s a lot to be considered, crowd money, TV deals, sponsorship and so on. As for Celtic’s future, it would be highly intriguing if they ever got the opportunity to play in England. That’s the million-dollar question, isn’t it? At the moment, though, I think we should concentrate on building a team that will rule domestically and perform consistently well in Europe. Just like the good old days!

Can you tell us about your party piece? The German Song?

Oh, you mean, ‘Fritz a Grand Old Team To Play For’? Yes, I have been known to belt that out at parties. Normally, I start off with a bit of Sinatra, but it’s not long before the ‘German Song’ gets an airing!

Serious question this time. Wee Deedle Henderson claims you cheated when playing against him. Is it true you breathed on his contact lens before and during the game to restrict his vision?

Yes, of course, I did – anything to give Celtic an advantage over the old enemy! Seriously, though, Wee Willie was a marvelous winger and we had some memorable jousts. He was lightning quick and he never gave me a minute’s peace when we were facing each other. I think Wee Willie would be the first to admit that I played him hard, but fair. Do you know we are still pals to this day? He was at my 70th birthday party last year.

What’s the story with Jinky’s night out with a young Gordon Strachan while they were both at Dundee and you were the manager? I think Wee Gordon became teetotal after that night!

Actually, I’ve talked about this impromptu drinking double-act in the book (All The Best – available at thecelticstarbookstore.co.uk . Yes, I had to give the current Scotland manager a bollicking. I told him, ‘Don’t go near that little bugger again!’ For the sake of his liver, I don’t think he ever did. Jinky? What could I say to my wee mate? He would just smile back and that was the end of the matter.

Tommy and the Lions gave the Celts more pleasure than all the tea in China ever could. No need for alcohol, drugs, cigarettes or anything else. Just watch that game. Happy days. How lucky the older generation were to have that team to watch. What was your most memorable match domestically as a Celt?

There is little doubt the 3-2 success over Dunfermline in the 1965 Scottish Cup Final was a major turning point in Celtic’s history. Before that game, the last trophy the club had won was the League Cup when we beat Rangers 7-1 in season 1957/58. That was quite a gap that had to be filled. We did that against a very good Fifers team in that Final. The victory gave us confidence and kicked off a very enjoyable winning habit. That was a big win for Celtic and the support.

Mr Gemmell, what was the feeling of the Celtic team of that era regarding the lack of International recognition of Celtic players? Did they care or was it just accepted as typical of the regime and their referees!

We always had the feeling back then that the SFA was very definitely Rangers orientated. And I mean that as no disrespect to the Rangers players who were chosen to represent their country – they weren’t the ones doing the selecting, after all.

However, it got to such a situation that the SFA couldn’t ignore what we were achieving at Celtic. They HAD to bring our players into their squads and teams. All of the Lisbon Lions won full caps with the curious exception of Wee Bertie. That still amazes me to this day. My little chum was undoubtedly one of the finest left-sided midfielders of my era and, on his day, was simply mesmerising. But Bertie, of course, was never slow to speak his mind and maybe the blazers at Park Gardens thought they had enough on their plate dealing with Wee Jinky!