You are at:Home»Latest»Celtic to face Rangers in Scottish Cup semi-final

CELTIC have been drawn to play Rangers at Hampden in the Scottish Cup semi-final at Hampden next month.

The draw was made today at Ibrox after Rangers defeated Falkirk by 4-1. Jason Cummings scored his first hat-trick for the Ibrox side after joining on Rangers on loan from Nottingham Forest in the January window.

Celtic defeated the Ibrox side 2-0  in the semi final off the Scottish Cup last season.

The ties will be played at Hampden on the weekend of 14 and 15 April.

Motherwell saw off Hearts earlier today in the quarter final at Fir Park while Aberdeen and Kilmarnock will reply their tie the week after next after yesterday’s 1-1 draw at Pittodrie. 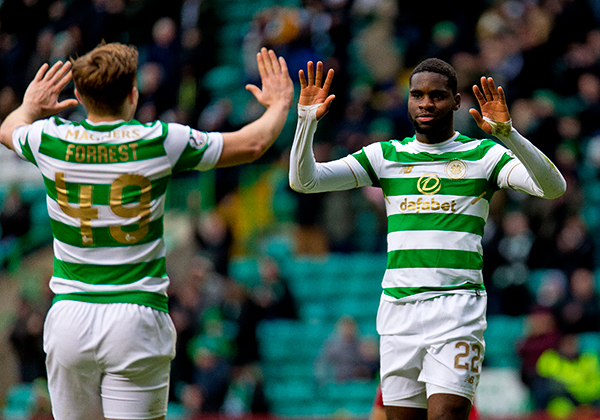 There will be a dress rehearsal at Ibrox next Sunday when Celtic travel to Govan looking to wrap up the league title.

Murty believes that Rangers will have to be far better than they were today against Falkirk if they are to beat Celtic next weekend.

Previous ArticleDavid Potter’s reflections on Celtic 3 Morton 0
Next Article ‘If you SNOW your history’, Tom Campbell