Lisbon Lion and Celtic Graves Society patron, Jim Craig and his team-mate, John Fallon were on hand at Celtic Park today to wave off a hardy group of Hoops supporters on their pilgrimage to John Thomson’s graveside in Fife.

On 5 September, 1931 Celtic’s goalkeeper, John Thomson, sadly lost his life aged just 22, following a collision during a match against Rangers at Ibrox. Back in 2011, almost 50 supporters marked the 80th anniversary of his passing with a pilgrimage, recreating the steps that thousands took from Glasgow to Fife in 1931 to attend his funeral.

90 years have now passed since that fateful day in 1931 and, in honour of the ‘Prince of Goalkeepers’, Celtic Graves Society (CGS) – in association with the John Thomson Memorial Committee (JTMC) – have organised another pilgrimage from Celtic Park, to his graveside in Cardenden, to mark the anniversary.

This morning, supporters have set off from Celtic Park to take part in the #JT90 Anniversary Pilgrimage 💚

They’ll be walking 5️⃣4️⃣ miles to John Thomson’s graveside in Cardenden, in time for his 90th anniversary memorial service this Sunday 🚶‍♂️🚶‍♀️

Best of luck everyone! 🍀 pic.twitter.com/RPkCkZIraY

Celtic FC Foundation are honoured to have been given the opportunity to take part in the pilgrimage. Whilst not specifically a fundraising event, CGS/JTMC have very generously encouraged and welcomed participants who would like to raise funds for Celtic FC Foundation and their own nominated good causes.

The pilgrimage takes place across three days from today, Friday, September 3 until Sunday, September 5, culminating in the annual memorial ceremony at John’s graveside, on Sunday afternoon. 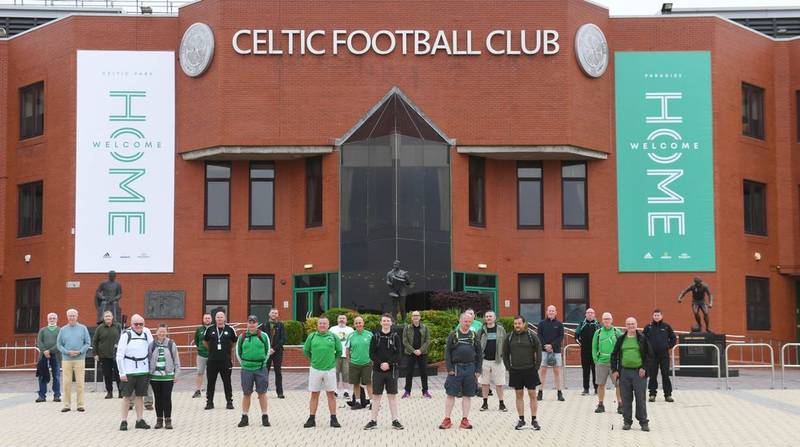 The three-day pilgrimage consists of 54 miles in total, split as follows:

After a rousing and poignant rendition of the Johnny Thomson Song here at Paradise, as they did at the 80th anniversary, the party set off on their pilgrimage and tomorrow night (Saturday) there will be an event at Dunfermline’s East End Park with Hoops legend, Tom Boyd and Tony Hamilton Chief Executive of Celtic FC Foundation before the final leg of the journey on Sunday to Bowhill Cemetery.

As part of the pilgrimage, CGS will provide participants with water and snacks, and support vehicles will also accompany the pilgrimage for the duration.

Well done to everyone involved in this pilgrimage. If you haven’t visited John Thomson’s grave it’s certainly a worthwhile and emotional experience and well worth doing. There is always evidence of recent visits from Celtic Supporters even after almost 90 years since his tragic early death playing for Celtic.