Better news today from the Celtic FC Women side who this afternoon maintained their perfect start to the season with a thumping 6-0 win over Hamilton Accies that keeps Celtic joint-top of the SWPL1 table alongside both theRangers and Glasgow City, with all three title challenges having 15 points from five games played. Something has to give when the top three eventually start to play each other. 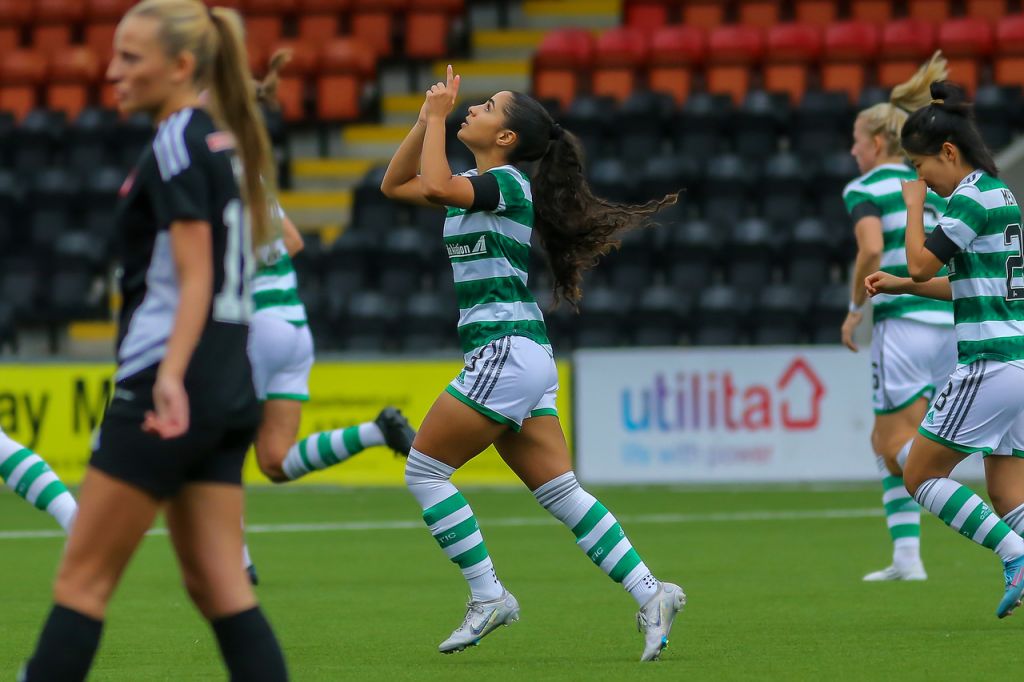 Jacynta makes it 1-0 to Celtic against Hamilton. Photo Colin Poultney/CollargeImages 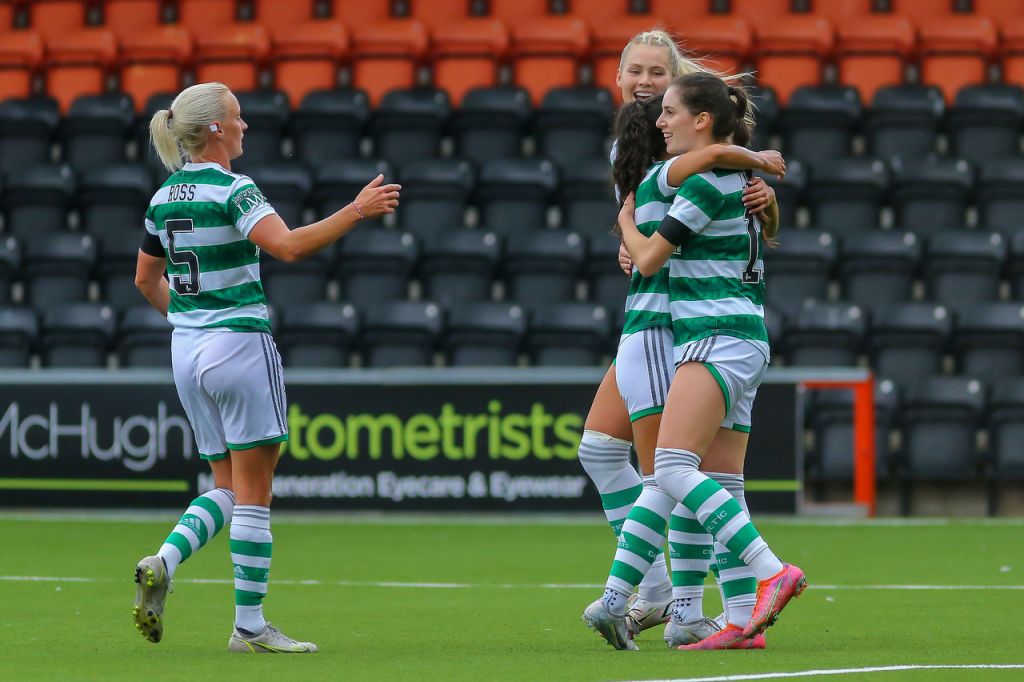 Australian playmaker Jacynta got the ball rolling inside two minutes finding the top corner with a powerful strike after a well-worked short corner. And with 17 minutes on the clock Clarissa Larisey, back from her travels where she made her international debut for Canada in Brisbane, doubled the Celtic advantage with a neat finish. 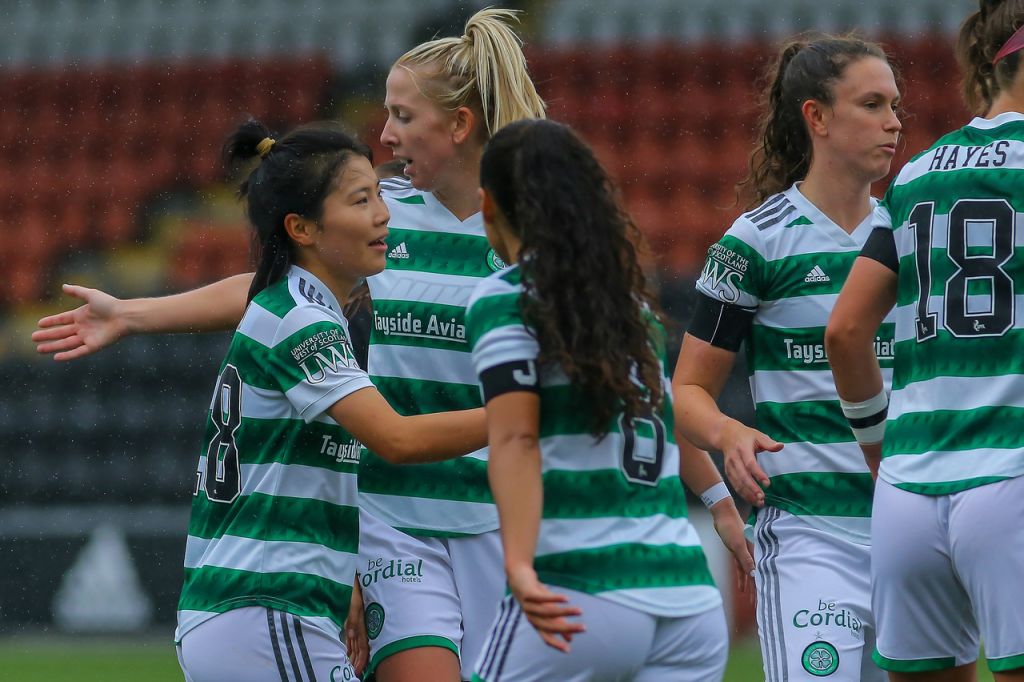 Number three For Celtic was a special moment for summer signing Shen Menglu, who the Ghirls simply call Lu. The industrious Lucy Ashworth-Clifford’s cross found Otto in the box and the Chinese winger is first to react to the losse ball by finding the back of the Hamilton net with 26 minutes played. 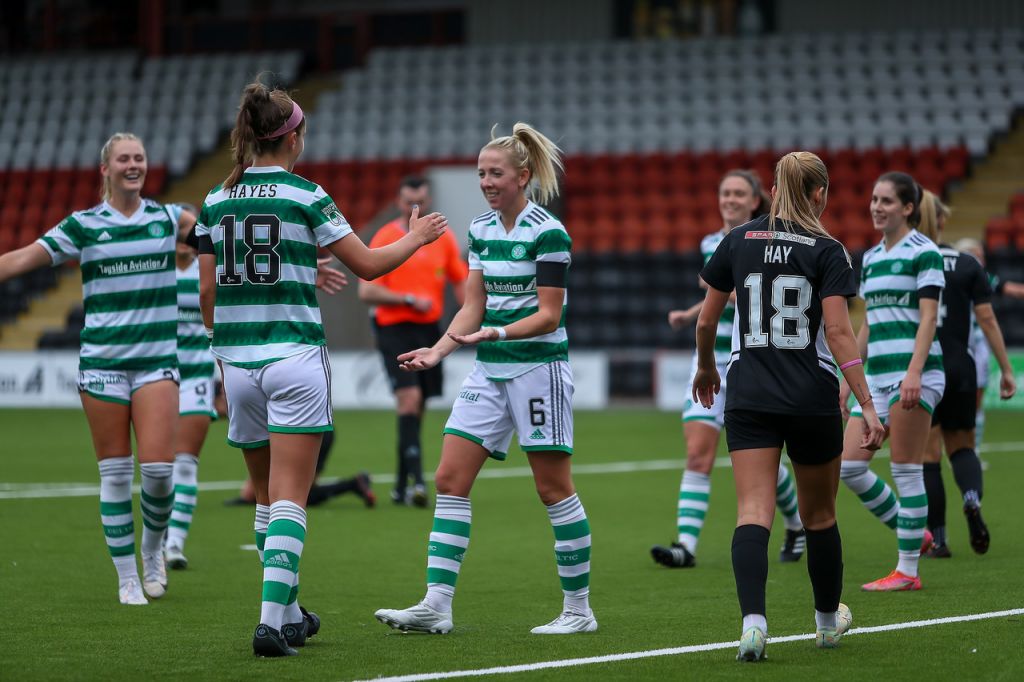 Chloe Craig added a fourth a few minutes later after Caitlin Hayes won the header at a corner and the Celtic stalwart smashed the second ball into the net.

Larisey came close on a couple if occasions before the interval to get Celtic’s fifth, the stiker had the ball in the back of the net but was flagged for offside as the Ghirls settled for a 4-0 advantage at the break. 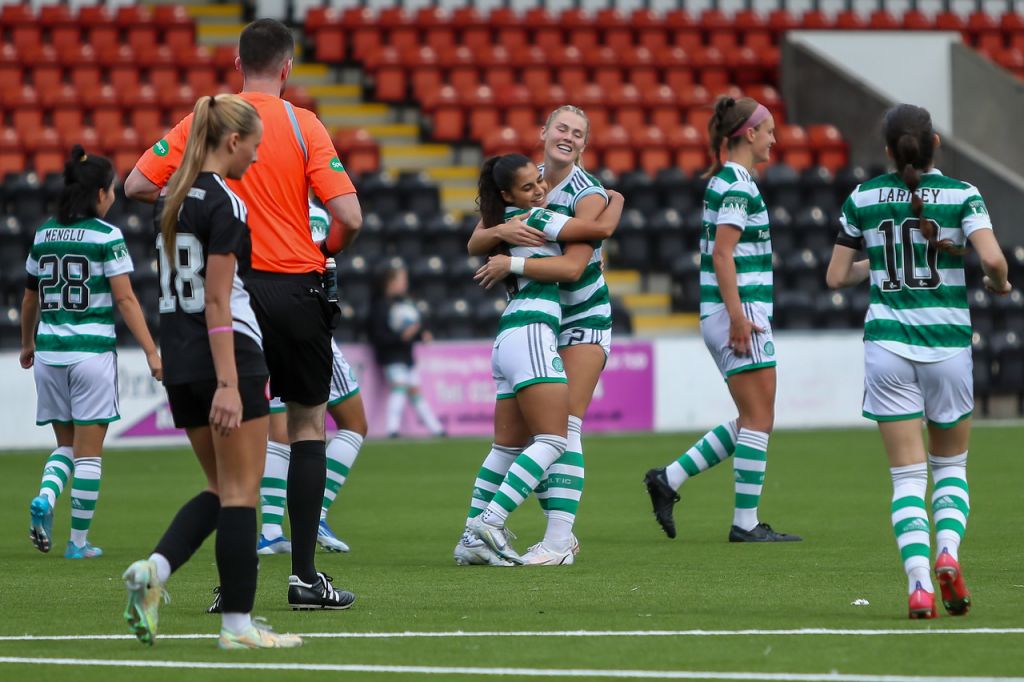 Jacynta repeated her first-half trick but grabbing an early goal after the break with her shot going in off the post to put Celtic five up. Tegan Bowie and Tiree Burchill then replaced Lucy Ashworth-Clifford and Shen Menglu ten minutes into the second half as Fran Alonso looked to get valuable gametime into legs. And there was a second double substitution on 67 minutes with Larisey and Natalie Ross being replaced by new signing Liv Fergusson and Olivia Chance. 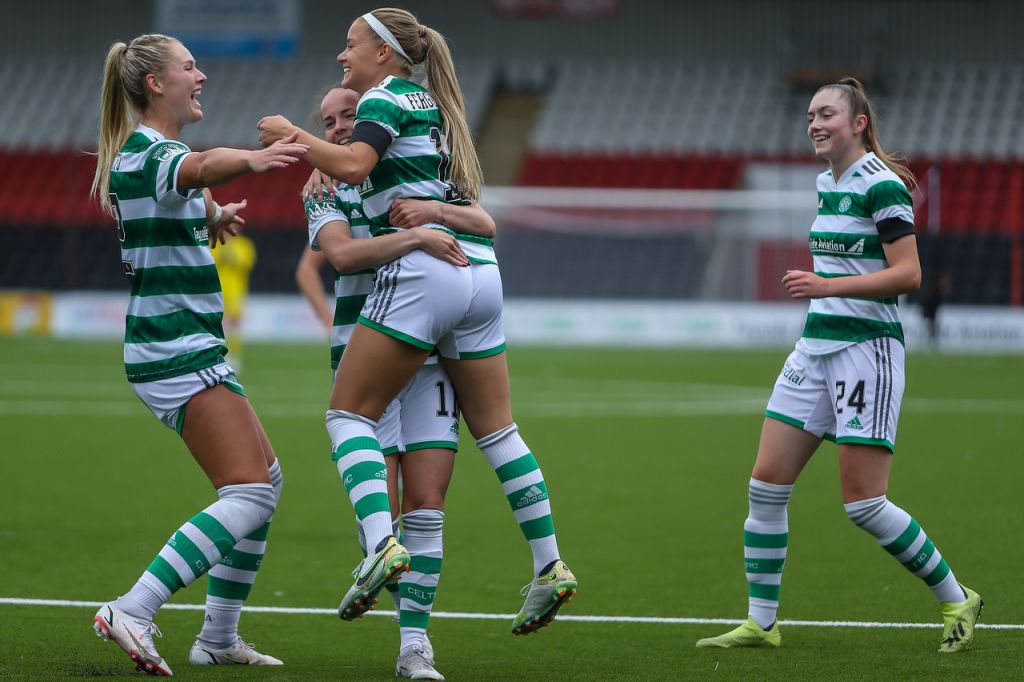 And the English striker made an immediate impact, scoring Celtic’s sixth of the afternoon with her first touch, from close range. They call count Liv!

One more change for Celtic with Claire O’Riordan coming on for Hayes as Alonso’s side continued to look for a seventh goal of the afternoon. But it wasn’t to be and a 6-0 win for Celtic FC Women will help lift some of the gloom surrounding that afternoon to forget over in Paisley.

Next up for Fran Alonso’s side is a trip to the North East to play Aberdeen at the Balmoral Stadium on Sunday 25 September. 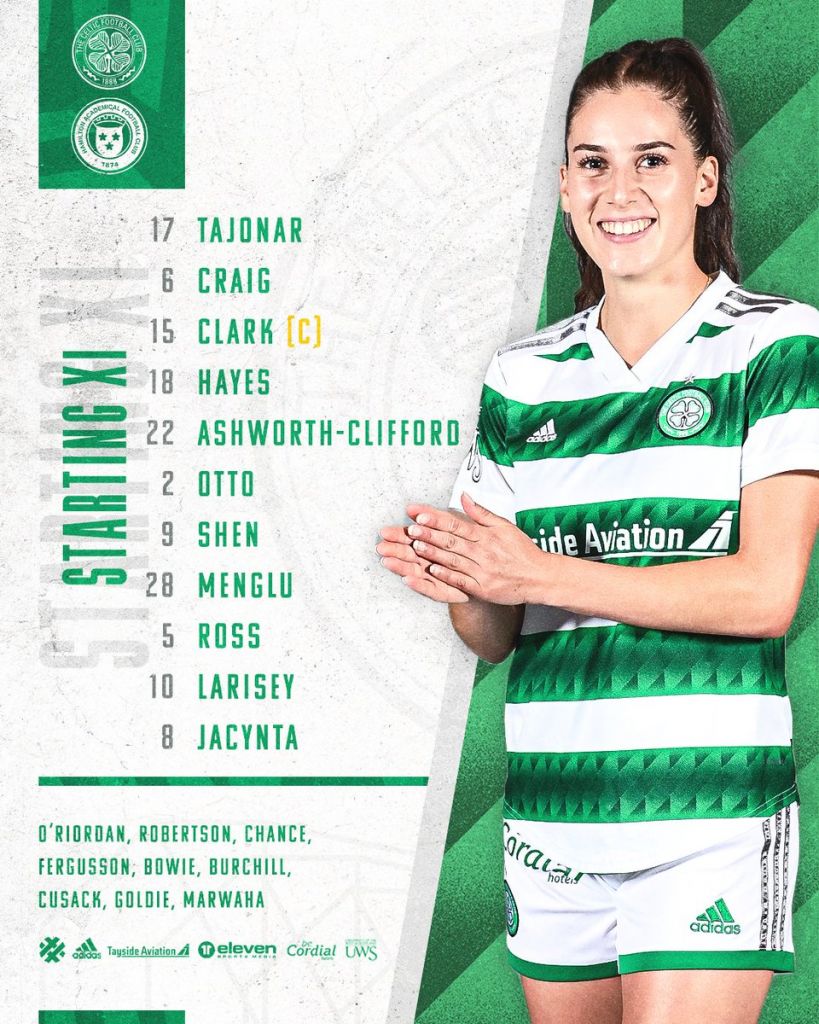