Celtic FC Women have signed Clarissa Larisey from Icelandic side Valur just a few hours before the transfer window closes. The Canadian striker will go straight into Fran Alonso’s squad for the SWPL opener on Sunday 5 September, away against SWPL2 Champions Aberdeen at Balmoral Stadium. Matchday 2, on Sunday 12 September is against Champions Glasgow City at Penny Cars Stadium over at Airdrie.

“Getting in on the Deadline Day action! Celtic FC Women are thrilled to announce the signing of striker
Larisey Clarissa from Valur for the upcoming season, subject to international clearance! Welcome to Celtic, Clarissa,” the club tweeted this evening.

🇨🇦 Getting in on the #DeadlineDay action! #CelticFC Women are thrilled to announce the signing of striker @LariseyClarissa from Valur for the upcoming season, subject to international clearance! Welcome to Celtic, Clarissa!🤝🍀 pic.twitter.com/esqDAAelxo

Just before the window closes @CelticFCWomen have signed Canadian forward Clarissa Larisey from Icelandic side Valur. Great to get another new attacking player in the squad before the league campaign kicks off on Sunday pic.twitter.com/0ERVWiTDQA

Fran Alonso and Celtic FC Women this evening made a late signing prior to the transfer window closing by signing Canadian striker Clarissa Larisey from Icelandic side Valur.

Larisey only joined Valur in May having headed to Iceland following an impressive time with University of Memphis in the National Collegiate Athletic Association (NCCA), the top level of college football in the United States.

When the NCAA season came to a close Larisey was keen, having initially failed to be selected in the National Women’s Soccer League (NWSL) draft due to the limited number of international players allowed on each NWSL roster to seek out professional football by another route. 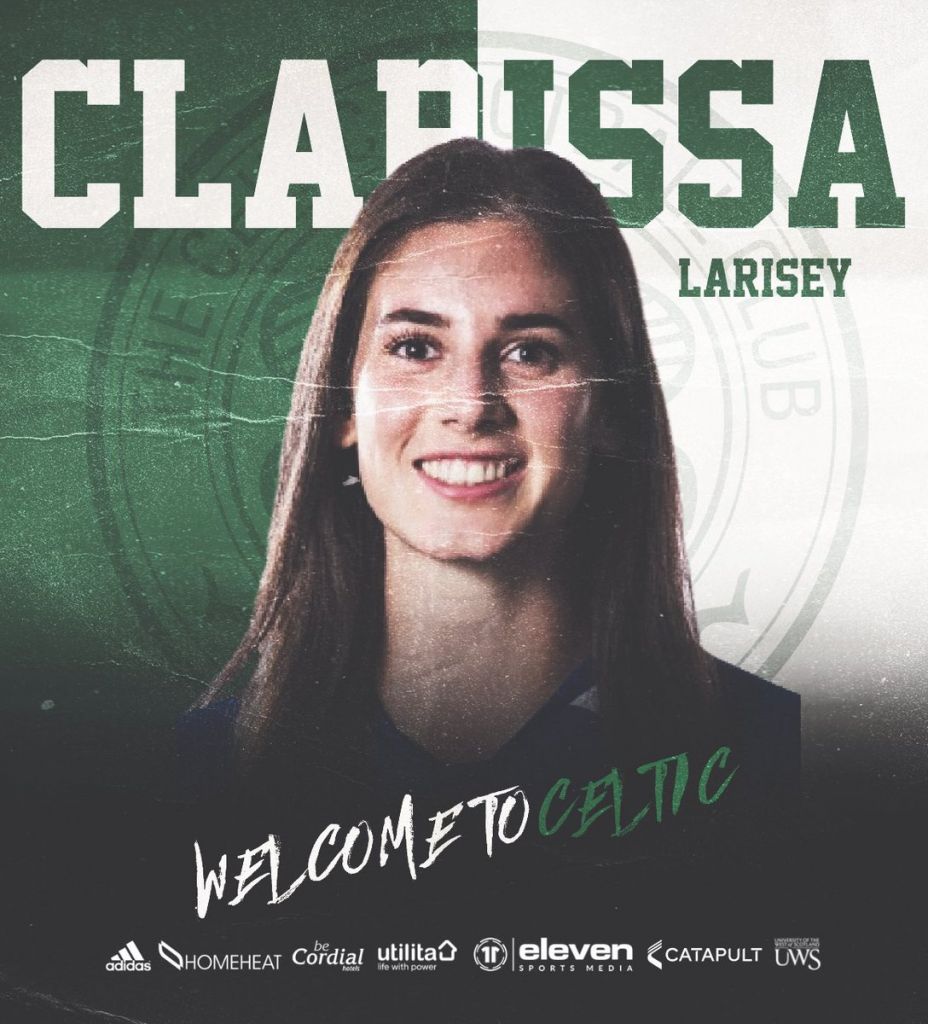 Instead Larisey quickly took up the option of playing in Reykjavík instead. The deal with Valur only ran for six months but the gamble of leaving the U.S and of course not returning to Ottowa, Ontario, where she is originally from and hoped to play professionally, has certainly paid off as she’s now signed on at Celtic.

For a player who harbours genuine hope of international honours Larisey will be hoping she can transfer her college goalscoring form and the experience gained in Iceland into goals at Celtic and in turn Canadian international recognition.

In 2019 Larisey was also selected to the NCAA Women’s All-America team.

It would appear Fran Alonso may have found yet another gem by spreading his transfer net far and wide.

Welcome to Celtic Clarissa. A few goals in the Hoops and you’ll soon be on the radar of Canada head coach Bev Priestman.