Celtic entertain reigning and 14-in-a-row champions Glasgow City in the standout fixture of this weekend’s SWPL1 card this afternoon, in a game you can watch live on BBC Alba at 4.10pm if you can’t make it along to the Penny Cars Stadium in Airdrie. Tickets are still available to purchase HERE and are priced at £8 for adults and £4 for under 16s. .

This is always both an interesting and tightly fought fixture, it always also seems to come early in proceedings and as the second league fixture of the season this one is no different.

Best day of the week!! Match day!!
After 3 points and 3 goals for the bhoys, time for the ghirls to get some action!
Hope to see you Celts there!!
Mon the HOOPS!!!🍀🍀🍀🍀 HH pic.twitter.com/WVvezq308w

There is an argument to be made that neither side is quite ready for a game of this magnitude at such an early juncture with Glasgow City still transitioning from the loss of ex-manager Scott Booth’s move to the WSL with Birmingham, meanwhile for Celtic Booth’s exit also had the consequences of the loss of star striker Sarah Ewens and midfield fulcrum Lisa Robertson as Birmingham’s new boss enticed both players south to join his City revolution. 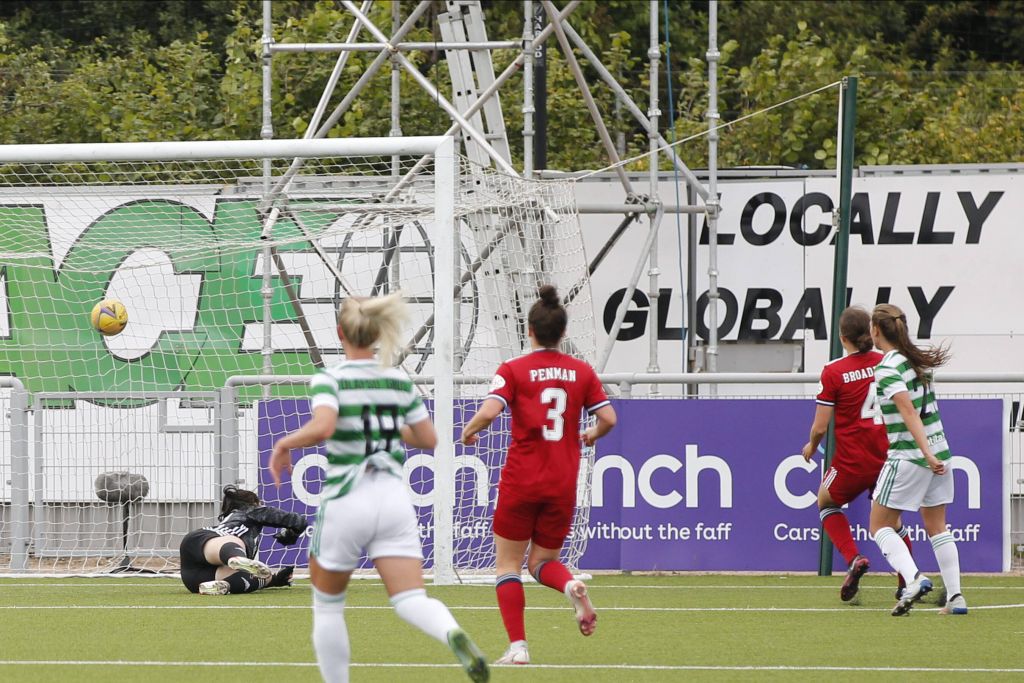 Celtic however have had time to seek out alternatives for the season ahead with seven new signings joining the club and the loss of Sarah Ewens, a near guaranteed goalscorer every time she pulled on her boots, has been negated by the early promise and all-round play of new striker Charlie Wellings, however in midfield Celtic still appear to be transitioning. The loss of Robertson both as footballer and as a leader has been keenly felt and to date it remains a concern.

Against Aberdeen the decision appeared to be made to bypass the midfield, and with Charlie Welling’s exceptional off the ball runs this paid dividends as Celtic won the game 4-2 but never fully convinced in those central areas. Aberdeen scored twice and although Celtic can bypass the midfield when in attack they still have to function as a defensive unit when countered and there were times Celtic lacked cohesion in that regard last weekend. 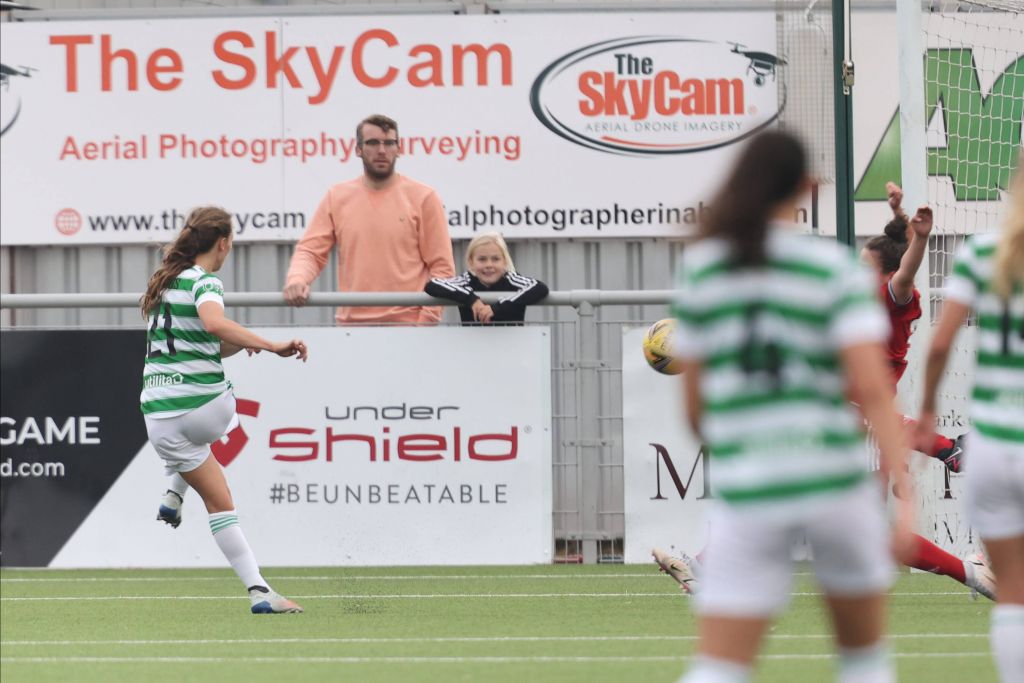 Today Fran Alonso’s side face a footballing team, one who if Celtic play so one dimensionally and insist on going back to front quickly may well be more adept than Aberdeen were at snuffing out the supply lines or ensuring Charlie Wellings progress is well covered.

If Celtic want to win a league title the midfield needs to be able to take on opponents of all styles and adapt to suit. There is room for direct play and winning free kicks, corners and pressuring teams with Celtic’s superior height and set-piece deliveries but if it becomes a stand-alone style of play it is something good teams can counter and today Celtic play a good team.

City however are on the back of a chastening Champions League defeat to Servette, confidence will have taken a blow, and Celtic could well be in a position to twist the knife and ensure a European hangover becomes a domestic headache.

Celtic have the players to do just that. The defensive unit is the best in the league and today expect the back three adopted in Aberdeen to be replaced by a back four. It’s a system opponents find hard to break down and if it holds steady is one that allows Celtic to play aggressively on the counter attack.

As such players like Izzy Atkinson – who has been simply immense this season – can cause City’s backline a whole host of problems, alongside the superior playmaking abilities of Sarah Teegarden who showed flashes of being back to her best last weekend. And although Celtic were somewhat profligate in terms of chance conversion last week, opportunities were created and this team can score goals.

Charlie Wellings has already shown goalscoring form and from her brief but explosive cameo last weekend Clarissa Larisey indicated a great degree of exceptional movement and no little ability on the ball. There is a player in Larisey who can drag opposition players into areas their coaches would prefer they did not go and as such open up space for the likes of Teegarden, Atkinson and Wellings to take advantage of.

At the back Celtic appear to be just as good as last season and in forward areas Celtic seem to have even improved. If Fran Alonso has found the answer to his Lisa Robertson shaped question in training this week, then Celtic, with a home crowd behind them, can take advantage of Glasgow City’s state of flux and lay down a marker with a win that will inspire the home team and leave the opposition with domestic disruption to match their European exit.

Today is the best opportunity Celtic have to send a message to the league that the underdog is shaking off any feelings of inferiority they may have held and that Fran Alonso and this Celtic team are not the third nag in a two horse race as they were tagged last season. Instead, they can gain an early season advantage in a title race they are very much capable of coming out on top of.

Celtic vs Glasgow City is live from the Penny Cars Stadium, Airdrie on BBC Alba at 4.10pm. It promises to be the match of the day.

Tickets are still on sale for Sunday's big one, be a part of the action as we target a huge three points! 👊🍀#SWPL1 | #CELCITYhttps://t.co/UFQlMwK8Vh pic.twitter.com/VqXh2cV8kQ