You are at:Home»Latest»That Was the Celtic Goal That Was – Paolo Di Canio, 24 August 1996

On the 31 May 1996 Paolo Di Canio joined Celtic from AC Milan. Tommy Burns had been looking to add a game changer to our team, someone who could unlock defences, make and score goals – and with Paolo, Tommy and the Celtic support were not to be disappointed.

The arrival of Di Canio complete the “Three Amigos” forward line of the 96/97 season with Cadete and Van Hooijdonk. Andreas Thom would add some more firepower to a sometimes unstoppable attacking formation. However, with so much focus on going forward our defence were often left wide open and even with a fast flowing strikers we couldn’t always get the win we so sorely needed that season. 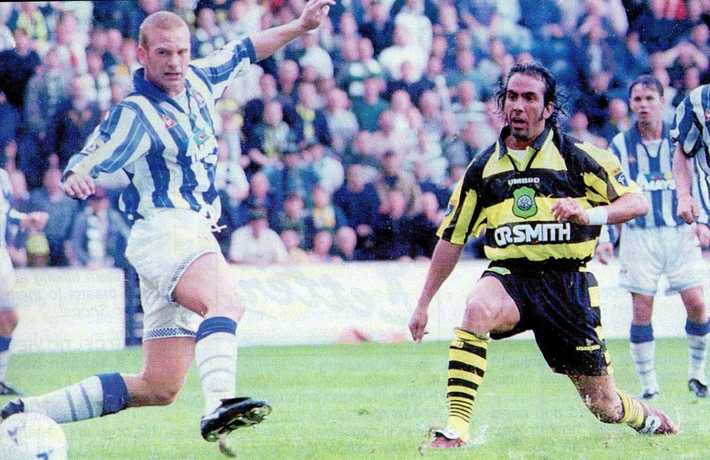 In an early season match at Rugby Park, Celtic scored 3 second half goals coming from behind to beat Kilmarnock.

After going into the dressing room at Half-Time one down Celtic had to find a way to get back into the match. Having survived a scare early in the 2nd half when Kilmarnock should have doubled their lead, Di Canio and Cadete burst into life.

With an hour gone Di Canio picked up the ball near the half-way line and broke forward at pace before exchanging passes with Cadete on the edge of the Kilmarnock box. The Italian had slipped passed his marker in the box, he took one more touch to jink passed the last defender and then stabbed the ball with the outside of his boot into the bottom corner of the net, wrong footing the goalkeeper as Celtic drew level.

The hunger to get a winner was evident as the Italian retrieved the ball from the net to get the match started again. 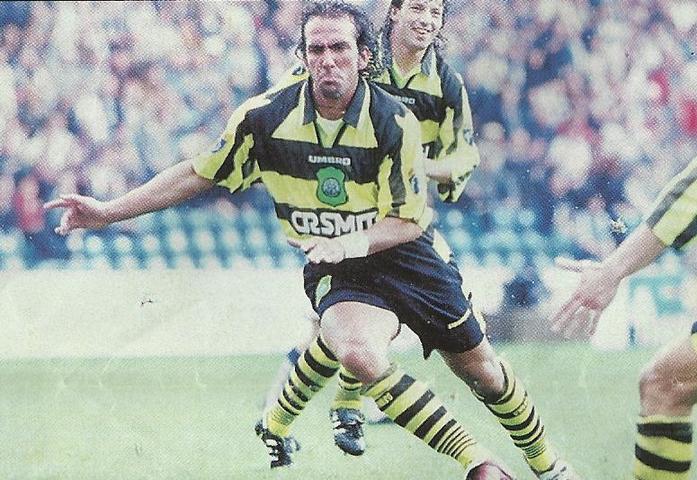 Moments later Celtic found themselves ahead as we quickly broke up the park from a Kilmarnock corner. Cadete rode a heavy challenge on the half way line and made an inch perfect pass for Thom to complete the move with left footed finish.

A third goal was added in the final minutes when Di Canio slipped the ball through to his Portuguese team mate to wrap up the 3 points. The explosive introduction of Di Canio turned the match around and gave a clear indication of how Tommy Burns wanted his side to perform and entertain. 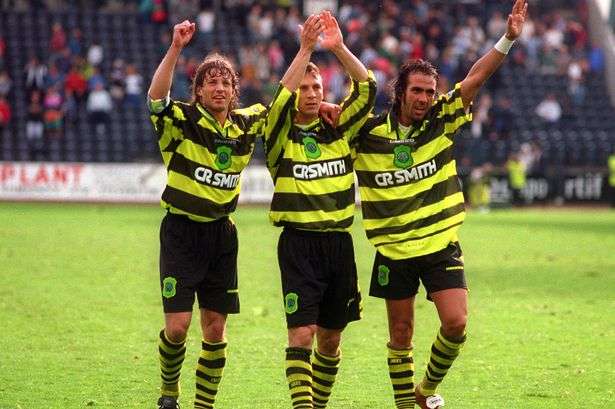 And if you want to see just how entertaining Tommy Burns’ Celtic side was that season, sit back and watch the highlights from this match.

Yesterday Martin wrote about a rare Celtic goalscorer – Tom Boyd. Watch the video of that goal at Falkirk and enjoy Martin’s recollections of the game HERE. 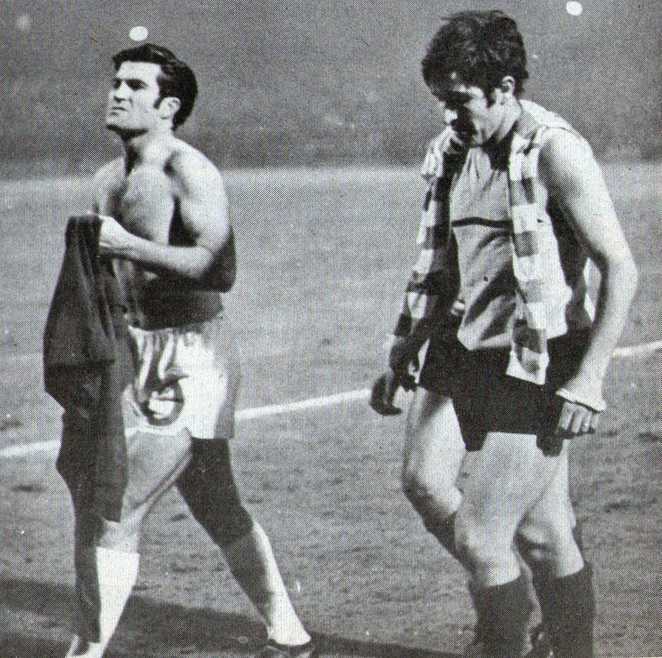 Martin has featured some of memorable Celtic goals over the past few days on The Celtic Star. On Sunday he described Bertie Auld’s strike in 1970 against Fiorentina in the European Cup – see HERE.

And before that he wrote about Chris Sutton’s winner that secured the Whitewash against the old Rangers in 2004 – see HERE and Frank McGarvey’s wonderful winner in the Scottish Cup Final against Dundee United in 1985 – see HERE. 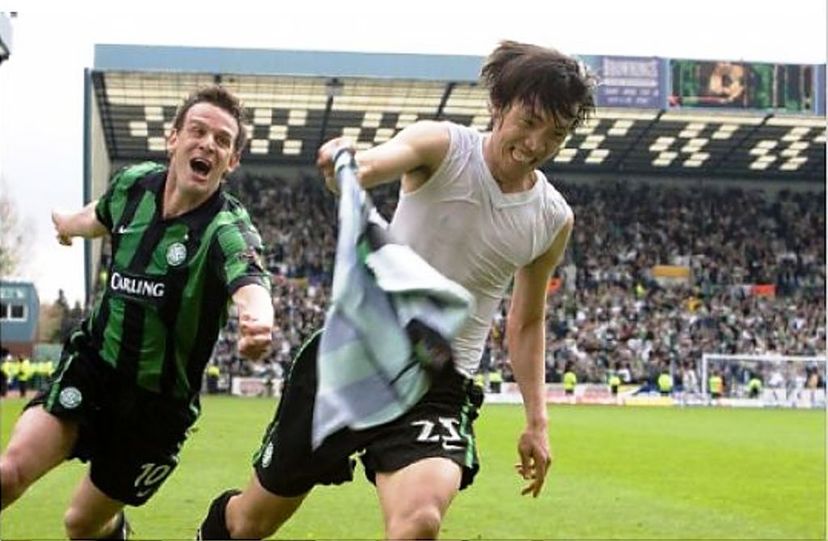 If you would like to write for The Celtic Star – on any Celtic related subject of your choice – please email your contribution to editor@thecelticstar.co.uk and we will do the rest. HH