You are at:Home»Latest»That Was the Celtic Goal That Was – Steve Chalmers, 26 April 1969

Celtic complete the domestic treble as they thumped their city rivals 4-0 in front of over 130,000 fans at Hampden Park. The 2nd treble in 3 seasons cemented our place as the leading club in the country and Jock Stein as one of the top managers in world football at the time.

With a few big names missing from the starting line-up, Celtic surprisingly were not the clear favourites going into the 1969 Scottish Cup Final. Rangers had crushed Aberdeen 6-1 in the Semi final and with Jinky suspended and John Hughes injured, the media had Rangers edging the final.

In a blistering first half Celtic scored 3 goals without reply. The first coming from our captain and leader Billy McNeill. After only 3 minutes Celtic took advantage of some poor marking in the box, a corner swung into the box was met perfectly by McNeill as he steered the ball into the corner of the net. 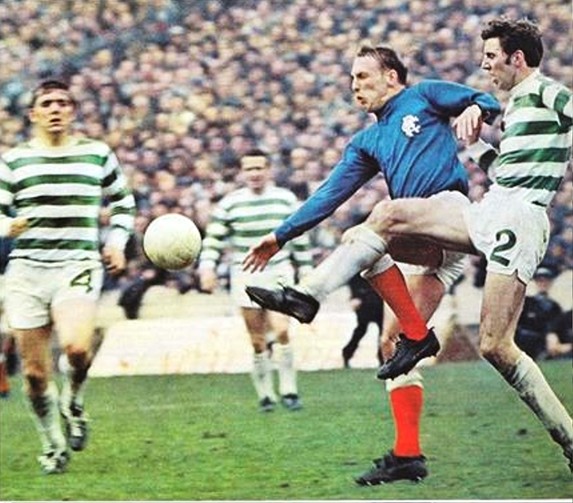 The Celtic Star’s very own Jim Craig makes the tackle and wins the ball!

Rangers had chances but Fallon in goal kept Celtic in front. As the match approached half time Celtic scored 2 quickfire goals. Bobby Lennox made it 2-0 when he capitalised on some slack passing in the Rangers Midfield. With the Celtic fan still celebrating the second goal, George Connelly dispossessed John Greig on the edge of the Rangers box, then rounded the keeper to make it 3-0.

With the match over as a contest Celtic continued to attack in the second half, then on 76 minutes Steve Chalmers scored Celtic’s fourth goal of the day. In a move that started from inside our own 6 yard box, Celtic swept from defence to attack in seconds.

McNeil headed a cross clear and within 4 passes Chalmers found himself in acres of space in the Rangers half, he advanced on the left wing, cutting into the box, bearing down on goal he had support from Lennox and Auld, but with the angle closing Chalmers clipped the ball with the outside of his right foot passed Martin in the Rangers goal and inside his near post.

As the Celtic players and fans celebrated the huge victory the Rangers fans made their way for the exit, with some trying to enter the field of play.

The cheek of the finish from Chalmers not only showed the confidence in that Celtic team’s ability, it also showed the gap in quality between both teams in the final. To win the treble was reward for a fantastic performance, but to secure it so emphatically against our rivals made it even more special. 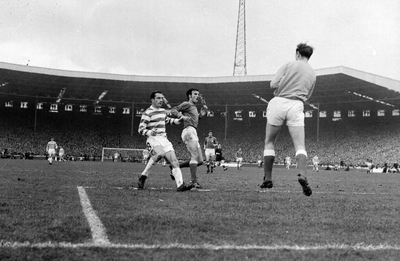 Martin has been writing about very special Celtic goals every day for the past week or so on The Celtic Star. Use the SEARCH function on our home page and type in ‘That Was the Celtic Goal That Was’ to enjoy…

Previous Article£4m for Scott McKenna tops – ‘Aberdeen protecting their asset but Celtic can’t be held to ransom’
Next Article ‘Celtic – How the League was Won 49 Times,’ David Potter interview