There’s still too many things that are up in the air for the transfer market to swing into action yet, but we are starting to get an idea of which clubs are going to struggle financially.

It will be interesting to see what Celtic do – we have to think they will have enough money to do some deals, while there is always a chance that a big name could move on too.

One of the main concerns will be the future of Fraser Forster and Mohamed Elyounoussi. Forster has been outstanding so he is the priority just now, and it sounds like Southampton are facing some financial uncertainty.

READ MORE: Creative scheduling hopes to allow all Celtic vs Rangers games to take place with fans in attendance next season

The Daily Record are suggesting that they need to find a buyer to avoid an exodus of first team players, so costs will need to be cut.

Time will tell if they are happy to simply get Forster off the books or if they will dig in and demand a fee, while the situation with Elyounoussi could be worth watching too.

On to a possible departure, it’s clear that Kristoffer Ajer’s agent has decided this is his chance to make some money from his client, with lots of teams being linked.

Of course the Brendan Rodgers link has been made, while Everton, AC Milan, Man United and Arsenal have all been mentioned, but things have taken a further twist as Real Madrid have been credited with an interest by Sportsmole. 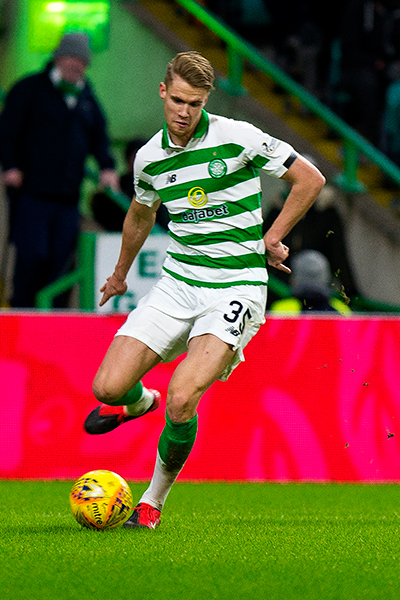 And finally something that was widely expected, but Damien Duff’s departure from the club has been officially confirmed.

He’s going to take up a role with the Republic of Ireland, and it’s clear to see that he’s highly regarded by all at Celtic.

Only those inside the club will know how big an impact he had over his time at Celtic Park, but it certainly sounds like he might be a tough character to replace.