You are at:Home»Latest»Celtic have spoken now let’s hear from Aberdeen FC about their child abuse chants

BRILLIANT Celtic, just brilliant. Better late than never but it feels great to go on the front foot about this.

The rank hypocrisy of Derek McInnes calling out the a small section of the Celtic support, perhaps 10% (we will justify that later) singing the vile Cheer Up song, conceived in the evil minds of the hordes to attack and abuse the late, great Tommy Burns, was mind-blowing.

Last night and again this morning The Celtic Star condemned this song. We have been asking our supporters to bin it for a while now and indeed on Sunday at Hampden it was only chanted by a small percentage of the crowd which was perhaps 70% Celtic to 30% Aberdeen. 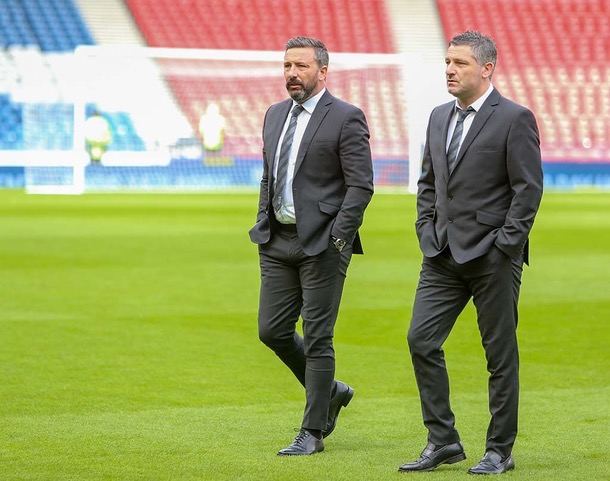 Yet THEIR fans chants about child abuse, about Jimmy Saville being ‘one of your own’ and McInnes is silent.

Airdrie (the re-named Clydebank in the real world), silent.

Rangers – silent, well they are dead.

Charles Green’s Rangers – revel in it every moment of the day, you could say thy are obsessed with child abuse.

Celtic have said nothing and the supporters have had to do the defending on this matter. But everywhere we go we hear it, just about all the Scottish sides visiting Celtic Park sing these songs.

I previously mentioned to Celtic when the family section was next to the away fans that a big, fat, drink middle aged man lowered his trousers to display his big fat hairy arse to the family section at Celtic Park. What team did he support?

So when Celtic say this, we know that a line has been crossed. 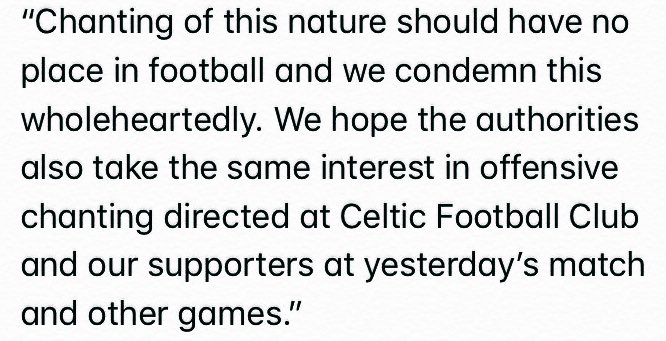 Celtic started by condemning the Cheer Up song sung by a small percentage of the Celtic support yesterday before going on the offensive.

Celtic fans media – led by The Celtic Star on this issue – has condemned the Cheer Up song but then pointed out that this was the throw most offensive chant at the semi-final.

The top two came from Aberdeen and it sounded like it was coming from the lot of them.

The Aberdeen manager reacted to the chant aimed at him. Fair enough, it is wrong and the Celtic support are uniting to make sure that as another song says it ‘has no place in Paradise’ and did you know what, we will stamp it out.

I really wish Celtic fans would drop this “sad orange b” song. Honest to god it’s pathetic. It just gives the press and now McInnes a stick to beat us with. He’s now playing the victim to detract from his teams abject performance. Oh and Aberdeen fans with “Saville” and “paedo”????‍♂️

But we will no longer accept Paedo slurs, the Jimmy Saville song and the rest of it.

And the media who have jumped all over Derek McInnes’ reaction to the Cheer Up song – led by the BBC – were ALL completely silent on this. Not one of them mentioned it.

I really wish Celtic fans would drop this “sad orange b” song. Honest to god it’s pathetic. It just gives the press and now McInnes a stick to beat us with. He’s now playing the victim to detract from his teams abject performance. Oh and Aberdeen fans with “Saville” and “paedo”????‍♂️

As mentioned earlier we reckon that around 10% of the Celtic support chanted that song yesterday, whatever the actual percentage was it was pretty small and seemed restricted to the Celtic fans closest to the Aberdeen fans in that corner of the North Stand.

Someone’s knocking at your door pic.twitter.com/ATVUiTNZEF

We ran a Poll earlier today – see HERE – so far 949 supporters have voted (you can vote only once unlike some other online polls) and 857 (90%) agree that Celtic supporters should bin the ‘Cheer Up’ sing aimed at the likes of McInnes, Gerrard and Levein while a hardcore 10% (92 votes) disagree with that.

90%-10% is progress. Very big progress and 100% should be the target. Just make it unacceptable behavior for any Celtic supporter – end of.

Then the spotlight goes elsewhere.

We have to go to Pittodrie and Ibrox in the next few weeks. Having put our house in order, let’s turn the spotlight on them.

TIME TO BIN THE CHEER UP SONG? VOTE NOW…

So should the Celtic support bin the Cheer Up song once and for all? We think that we should but let’s find out if you agree.