You are at:Home»Latest»Celtic, Hibs and The Wearing of the Green – “God save Ireland said the heroes”

THE WEARING OF THE GREEN

My son and I always have the same argument when Celtic play Hibs meet. I don’t see the need for a strip change while Sean tells me that there is a colour clash. If a referee cannot distinguish between green and white hoops and a green shirt he should not be in the job!

I had no difficulty recognising Dixie Deans scoring that incredible goal in the 1972 Cup Final and on a dark December afternoon that same year as I stood on the Kings Park terracing at Hampden I was in no doubt that it was Pat Stanton and Jimmy O’Rourke scoring the goals at the Mount Florida end to win the League Cup for Hibs.

However I guess I am fighting a losing battle in trying to keep the traditional colours on the field of play.

It is not just colours of course that connect Hibernian and Celtic. Every Celtic supporter knows that after Hibs won the Scottish Cup in February 1887 at Hampden they went to St Mary’s Hall in the East End of Glasgow to celebrate with their supporters in the west of Scotland. (It is intriguing to think that in 1887 if you had asked Br Walfrid, John Glass, Pat Welsh etc. who they supported their answer would presumably have been Hibernian!)

As they were about to leave the Hibernian secretary John McFadden suggested that the Glasgow Irish should consider organising their own club. The rest, as they say, is history.

When I was back in Scotland a few years ago I managed to pick up “The Making of Hibernian” by Alan Lugton. I would recommend this book to anyone with an interest in Celtic’s history. It is a bit like reading a prequel to the Celtic Story. Names like Dan Doyle and Tom Maley appear. 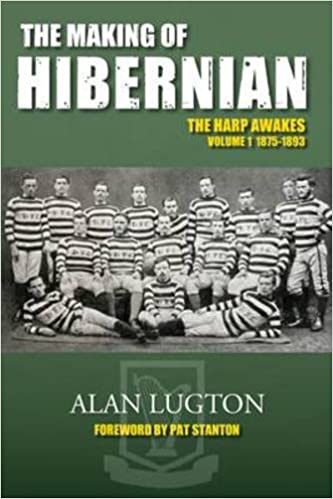 One of Hibs nicknames was “the Bhoys” and of course they were the first to wear green and white hoops. Celtic fans know the story of Michael Davitt laying a sod of Irish turf at Celtic Park in 1892, well he had performed a similar ceremony at Easter Road years earlier (incidentally that book has an interesting take on who stole that sod of turf from Celtic Park a short time later).

Hibernian had initially been refused entry to the SFA as they were Irish not Scottish. They lobbied until they were eventually admitted. That was a hurdle that Celtic would not have to face.

One thing that would be different about the new Glasgow Irish club would be the name. It appears that the name “Glasgow Hibernian” was strongly promoted but apparently Br Walfrid was strong in his insistence on the name “Celtic”. 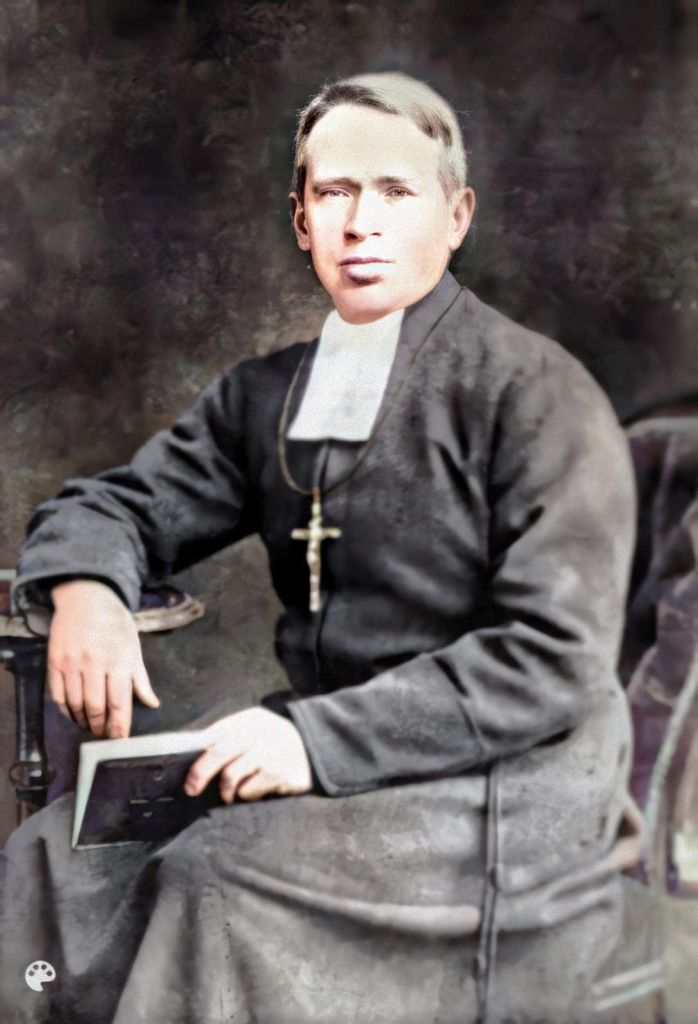 In recent years this choice is explained by saying that he wanted the new club to appeal to more than just the Irish. I have no doubt he wanted to make the club wide ranging in its appeal but I am not sure that is why he chose the name he did.

In those days I feel that to most people the name Celtic would have had much more Irish than Scottish connotations. Any Scottishness would have been more related to the Highlands than the local Scottish population.

I think his choice of name may have had a more pragmatic aspect. The name Hibernian was already well established. Hibs had helped organise clubs throughout Scotland and there were teams such as Dundee Hibernian, Coatbridge Hibernian, Carfin Hibernian and even Larkhall Hibernian!

Walfrid would have wanted to make it clear the new club was not just an offshoot of the more famous Edinburgh club.

He would also have seen the support Hibs had throughout Scotland and even in England. Although Hibs were more or less a “parish team” they had supporters wherever they played as the Irish people of the area would turn out to cheer them rather than the local side.

If Celtic could be successful they could surely expect such support and also had a bigger Irish population close to home. (At that time the media did not seem to have problems accepting that people might support a team for ethnic rather than geographical reasons).

The arrival of Celtic did cause problems for Hibs and for a short period they went into recess to re-build and restructure before returning to the main Scottish Football fold. In 1902 they defeated Celtic in the Scottish Cup Final – their last success in that trophy until they defeated the new Rangers in May 2016 – it was certainly worth the wait!  A newspaper of the time reviewed the 1902 Scottish Cup Final win in this way –

“It is a peculiarity of Scottish Football to find two Irish clubs contesting the final tie for the Scottish Cup; but if we remove these teams from the sport much of the life and attractive power of the game would disappear”.

The first time singing was heard en masse at a Scottish match was when Hibs won the Cup in 1887. Their supporters started singing a popular song of the time and the players joined in. That night the same song was sung heartily by everyone in St Mary’s Hall. It was also sung at early Celtic occasions, in particular the opening of Celtic Park. Most of you reading this on The Celtic Star will know the tune and the words…

Posted this photo earlier on its a image a took when up the tap dancer of the north stand. Basically trying to get a shot of the holy land that was the first Celtic Park (CP1). At the the time we were asking the club to buy the land but sadly it was not tae be, if only if only 😢 pic.twitter.com/ITDFHkiSfT