You are at:Home»Latest»Celtic In Driving Seat after two nil win over AIK

CELTIC produced a competent Europa League performance against AIK, securing a 2-0 win in the first leg of the Play-off round. Goals from James Forrest and a wonderful free-kick by Odsonne Edouard put Celtic in the driving seat in the tie which will be concluded in Stockholm next Thursday.

The visitors were competent enough and got to the interval with their goal intact. However they seemed to be given a massive favour from the Hungarian referee who “did a Beaton” by ignoring what looked like a clear handball.

Mikey Johnston was starring down the left and behind him Bolingoli was growing into the jersey. The back four looked infinitely more comfortable and Christopher Jullien impressed the larger than expected Celtic support. 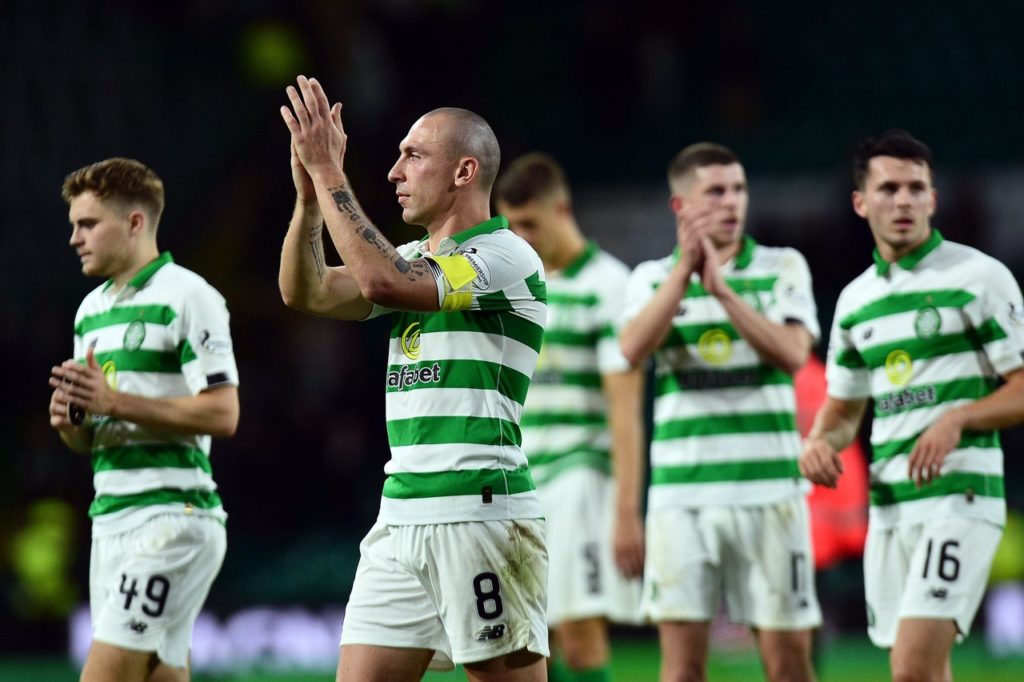 Yes, the thought did go through one or two minds that this back four with Craig Gordon in goals would never have lost four goals to Cluj.

The floodlights went off at the interval but it was no power-cut. The disco lights came on and there standing on the centre spot was new signing Fraser Forster, whose year long loan signing from Southampton was confirmed by the club during the first forty-five minutes.

He was given a very warm welcome home by the support.

James Forrest got in behind early in the second half and the AIK keeper must have thought he’d done enough to make yet another decent save, but his save bounced away and crept in at the back post.

Mikey Johnston won a free kick after yet another mazy run and it was very much on Leigh Griffiths territory. But Leigh was on the bench so Odsonne Edouard stepped up and curled it into the postage stamp corner.

The Stadium erupted and then joined in with the best yet rendition of “I Wanna be Edouard” – a pretty special few minutes in Paradise.

Two nil was a great score but it should have been more. Edouard brought out a double save from the AIK keeper, who had a very good game, and substitute Lewis Morgan got the third rebound away but his goal-ward bound effort was also blocked.

Bayo came on, he looks fast incidentally, and dragged a shot wide in stoppage time.

So it finished Celtic 2 AIK 0. If Celtic score in Stockholm, AIK will need to score 4. A decent night then, and Celtic look like avoiding the disaster of dropping out of Europe completely.

The Green Brigade had another significant message for the Celtic Board ahead of kick-off. Their graphic had Lawwell and Dermot Desmond in the front with Neil Lennon in the back seat of the car and the text said “Don’t sleep at wheel.”

Man of the Match was given to Kris Ajer by the club sponsors, probably though Odsonne Edouard edged it and that was a crucial second goal so he is The Celtic Star’s Man of the Match.

Previous ArticleCeltic team to play AIK, ‘why was that not the line-up last week?’
Next Article I Wanna Praise Edouard – ‘Odsonne is playing brilliantly. He’s leading the line superbly,’ Lenny