You are at:Home»Latest»Celtic Injury list update: Boyata back for trip to Ibrox, Armstrong out for a month, Leigh’s season could be over

DEDRYCK BOYATA is set to return the the heart of the Celtic defence for next weekend’s trip across the city to Ibrox, where Brendan Rodgers will be looking to maintain his 100% win record there.

The big defender limped off in the first half against Kilmarnock at the beginning of the month.

Yesterday Brendan Rodgers gave an update on the injury list an revealed that the Belgian defender is set to return to face Rangers who last night reduced the gap at the top of the table to just 6 points.

With Celtic’s game tonight against Dundee in doubt that would therefore be the situation when the teams meet as it is Scottish Cup duties for both sides this weekend, with Celtic playing Morton on Saturday.

“Dedryck will probably be back after the weekend. That that will be great news,” Brendan said.

“It will be good to have him back. He’s been top class, so it would be great if he’s back for the Rangers game. He’s looking good doing his onfield work.”

Rodgers has already stated that both Paddy Roberts and Marvin Compper are in the squad for tonight, weather permitting but it’s going to be a while before either Leigh Griffiths or Stuart Armstrong are back.

For Stuart Armstrong it will be towards the end of March before he will be ready to feature.

“Stuart has stepped up the intensity of his training. Maybe over the course of the next couple of weeks he could be back in joining the group.

“But I think it’s probably going to be after the international break.” 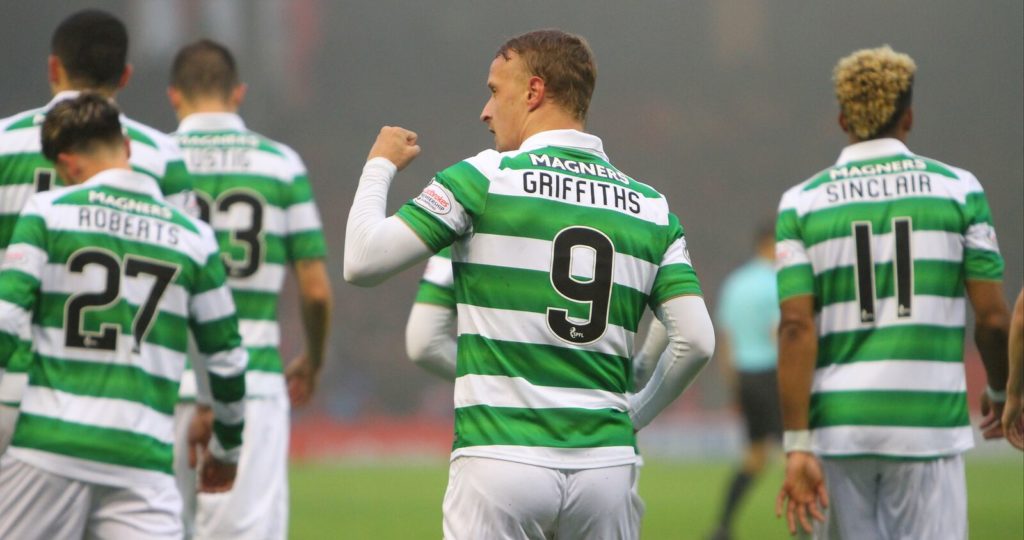 Griffiths remains sidelined with his calf issues and Celtic want him to be pain free and then fit before he is considered ready for action. It may well be that he is given an extended rest period and told to get ready for next season.

“Leigh was seeing a specialist over his calves the other week, but even when he gets back he needs to get fit.

“It could be an extended period, really,” Brendan admitted.

Previous ArticleAberdeen hold discussions with Celtic over Ryan Christie permanent transfer
Next Article Tonight’s match against Dundee is POSTPONED, due to The Beast from The East