You are at:Home»Latest»Celtic interested in Northern Irish defender as rebuild begins

Celtic are reportedly interested in signing Northern Ireland International Ciaron Brown. The 23-year-old Cardiff City defender actually scored against Celtic for Livingston in January; however, TeamTalk claim that Celtic are interested in bringing him to the club ahead of a colossal rebuilding job.

The player is available on a free contract with his deal expiring in Wales in the summer. Mick McCarthy is keen to retain him but the player is reportedly the subject of interest due to impressive performances since March as McCarthy masterminded a resurgence up the table. 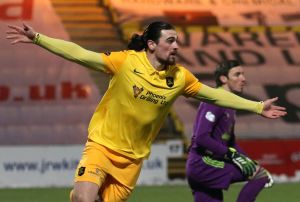 Celtic are desperately in need of defenders with loan flop Shane Duffy having already departed. Jack Hendry is expected to return from his loan spell at Oostende but Christopher Jullien remains sidelined and Kris Ajer is expected to be the subject of transfer interest. Brown made 30 appearances this season with his only goal contributions – a goal and assist, coming against Celtic.

Cardiff have an option for a further year but the player may be interested in testing himself at a higher level, with Eddie Howe’s potential Celtic move offering an enormous opportunity for players to come to Celtic and be involved in a massive rebuilding.

Celtic’s final game of the season at Easter Road earlier ended a miserable season for the club. As of this evening, the club are gearing up for the new season and the opportunity to knock the Ibrox club off of their newly found perch.