You are at:Home»Latest»Celtic links with prolific midfielder suggest someone might have to move on

The current squad is in a really good place right now, pretty much every position has at least two quality players competing for the spot and overall performances have been good.

With progress in Europe and a lot of domestic games to play it does mean the whole squad will get used at times, but it hasn’t really looked stretched over the past few weeks.

All of this does make you wonder if someone might be on the way out whenever a potential new singing is linked.

Mark Diemers has been linked with Celtic by Walfoot, the midfielder has been scoring a lot of goals for Fortuna Sittard and tends to play as a number 10 but can play in a deeper role too. There’s no evidence that any deal is remotely close just now, but it does suggest there could be a midfield departure in January.

The obvious candidates are Olivier Ntcham and Nir Bitton. You have to feel that both of those players are a lot better than Diemers right now, but they aren’t regular first team options and might want to move on.

It also depends on the board’s outlook on the current financial situation. There’s been plenty of interest in Ntcham in the past and he made no secret of wanting to move on. It would be better if he stayed, but if the board wanted to cash in on someone it would be much better to sell the Frenchman if that meant keeping Edouard and Ajer for longer. 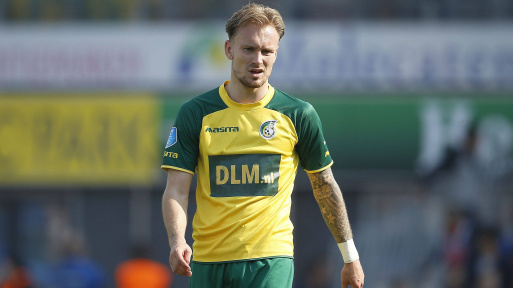 Bitton has usually been used as a deputy centre back so bringing in Diemers for him wouldn’t make a lot of sense.

It’s just speculation for now, but it’s worth keeping an eye on the Dutchman to see how he might fit into this Celtic squad just now.

Previous ArticleThe 72 hour wait is over, watch Celtic’s Unique Angle footage from Lazio game
Next Article Forrest still hasn’t got a song but he’s got a new contract ‘near enough done’