You are at:Home»Latest»Celtic look to extend midfielder’s contract to see off Premier League interest

There were a few reports going around lately that Nir Bitton could be on the move in January. He might not be seen as a regular first team starter, but his ability to play in midfield and defence make him a hugely important squad member.

He’s just turned 28 so it’s possible that this could be his last chance to earn a big contract or make a move. His Celtic contract expires at the end of the season, and it wasn’t really clear what the future had in store for him.

An exclusive report from Football Insider 247 has given an update, as they spoke to former Celtic player Jackie McNamara.

READ MORE: No regrets, but Lenny is here for ten in a row and the rest

The report does indicate that Burnley are sniffing around and may even have held some preliminary talks with a view to signing him in January. When you consider his age and length left on his contract, it’s unlikely that a large transfer fee would change hands.

Despite that, McNamara has actually claimed that Celtic want to keep him, to the point they have held their own talks about extending his stay in Glasgow. They also claim that he’s happy at Celtic so it’s certainly possible he would sign a new deal.

He’s made 10 starts and five substitute appearances so far this season, so it’s clear he’s an important part of the team and features fairly regularly. 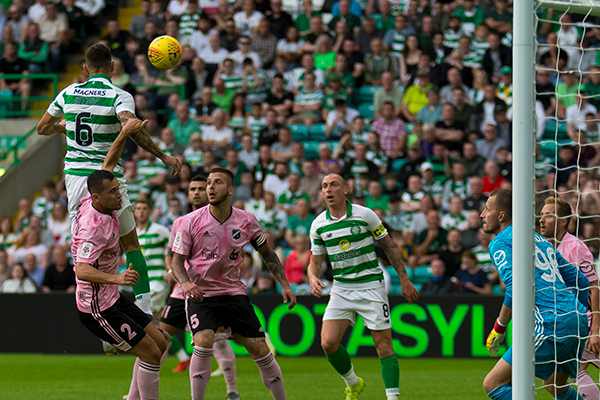 The problem might come if Burnley or another team can offer him a guaranteed starting spot. His biggest problem is that he isn’t first choice when everyone is fit in central defence or midfield, so he’s essentially relying on injuries and suspensions to get into the team.

Hopefully he does decide to stay, meaning Celtic can focus their entire efforts on bringing in another striker in January to allow Eddy to have a rest every now and then.

Previous ArticlePhoto: Celtic ace hints at comeback from injury with Instagram workout
Next Article Reports suggest Premier League side could use some of their £50m windfall to target Celtic’s Odsonne Edouard