You are at:Home»Latest»Celtic Make it Ten – Scottish Cup Wins – on this Day in 1923

The final of the Scottish Cup, played at Hampden Park, Glasgow, before 80,000 spectators, proved, as many a final tie has, rather a disappointment. The conditions were excellent, the sides were well matched, yet play never reached a high standard.

From start to finish the respective defences had the opposing attack held safely, and the game of perpetual check had little interest for the spectators. In the end the Celtic won by the only goal scored in the match, and on the run of the play they deserved their victory. In a goalless first half there was not much between the teams. As remarked, the defenders were on top practically all the time. There was now and again a flash of brilliance by the forwards, but against the determined tackling of the half-backs and the skillful defence of the backs they made little impression, and as a consequence the keepers were little troubled. 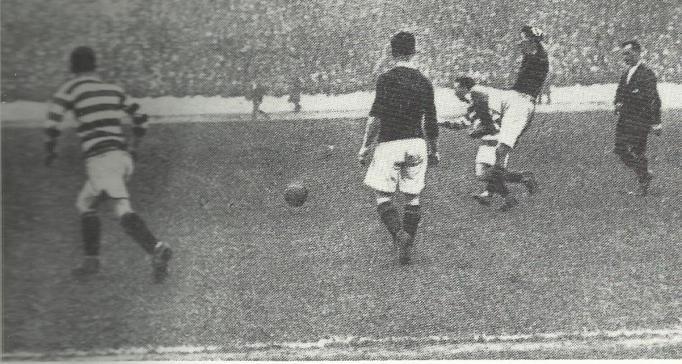 The second half was brighter, but ten minutes of almost constant attack brought the Hibernians nothing in shape of a goal, This had been a bad time for the Celtic, about the worst they had had in the game. Surviving it, they went on to win.

After twenty minutes’ play, the issue was decided. The Hibernians had thrown back a Celtic attack, but it came again, and a fine cross by Macfarlane tempted Harper from his goal, It was an awkward situation to deal with, for Cassidy was running in. The Hibernian goalkeeper appeared to have mistimed his effort, and, in addition, the bounce of the ball was awkward for him. 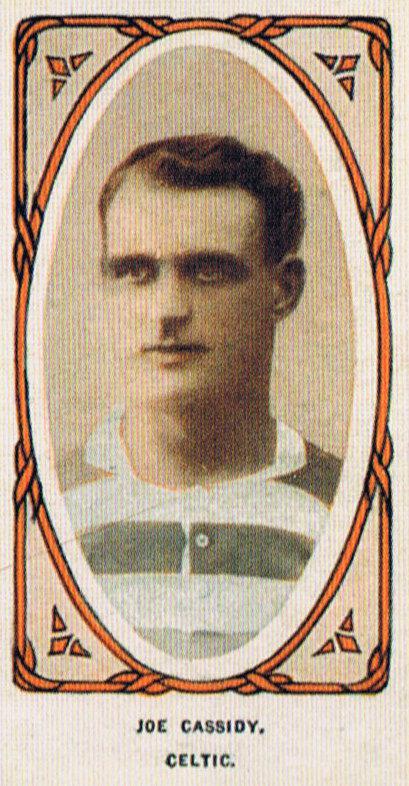 The result was that Cassidy saw his chance, and, ducking to the ball, he headed it into the empty goal. While the scorer’s effort was good, he should never have got the chance. A rally by the Hibernians found Shaw in difficulties, while later Cringan was lucky to escape being penalised, but for some time before the finish the result was assured.

The Celtic won because they developed an unexpected strength at half-back, and were quite as good as their opponents in the rear line. Cringan, a doubtful starter owing to recent injury, was a tower of strength.He had the Hibernian centre, McColl, well in hand all the game, and was able to help Macfarlane to check Dunn, the live man in the Edinburgh side’s attack. Further back, McNair played a wonderful game. If there were times when he showed signs of an old man, it was marvellous the way he took himself out of difficulties.

W. McStay was another powerful factor in the Celtic defence, and by keeping Ritchie well in hand he had not a little to do with the ultimate success of his side. Against the stout tackling and watchful tactics of the Hibernian half-backs the winning forwards never settled down to a combined game. There were flashes of brilliance now and then by the inside men, that was all. Gallacher and McLean were the best players who counted most, and Cassidy’s best effort was the opportunism that brought the winning goal.

With Ritchie and McColl for the most part ruled out by the strength of the men opposed to them, and walker an uncertain factor, though best when the side was a goal down, the bulk of the Hibernian attack was thrown on Dunn and Halligan. Both did their best under adverse circumstances, and Dunn was as good a forward as there was on the field.

The middle line wrought hard to break up the Celtic combination, and in large part succeeded, but were so much occupied with this that they neglected their forwards. Kerr sinned least in this respect, sending many good balls down the centre for McColl, only to find the Hibernian leader too closely in the grip of Cringan. The back play of the Edinburgh side was sound, without ever developing brilliance, and Harper in goal, if beaten for the first time in the season’s ties, did nothing to warrant the Scottish selectors losing faith in him for the big match with England.

At the close of the game the trophy was presented to Mr. Tom White, chairman of the Celtic, by Sir John Ure Primrose.

31st March 1923, Celtic win the Scottish Cup for the 10th time after a 1:0 victory over Hibs. pic.twitter.com/orhmQQTyaH

Previous ArticleVideo: Celtic’s Odsonne Edouard scores for France U21’s vs Iceland with a beautiful chipped finish
Next Article Another Celtic managerial candidate can be ruled out as several Premier League sides show an interest