You are at:Home»Latest»Celtic manage to overcome a turgid Rosenborg as Griffiths gets 3 points

On this day in 2018, Celtic managed to overcome a turgid Rosenborg side with a single goal late in the game. After facing Rosenborg already in Champions League qualifying earlier in the summer, the Hoops faced down a familiar foe who were extremely tough to break down.

While Celtic had the majority of possession as is usually the case at Celtic Park, Rosenborg’s stiff organisation and physicality took a lot out of the Celts. It fell to the divisive Leigh Griffiths to find the night from a headed cut-back from Dedryck Boyata after a long, floated cross from Captain Scott Brown. 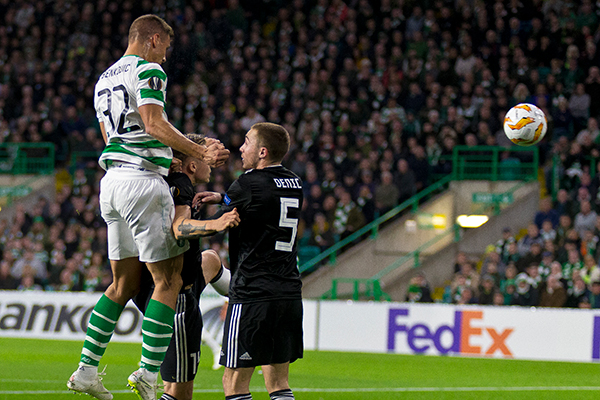 This, in the closing stages of the opening Europa League group game, was enough to see the boys steal all three points from a side full of endeavour. 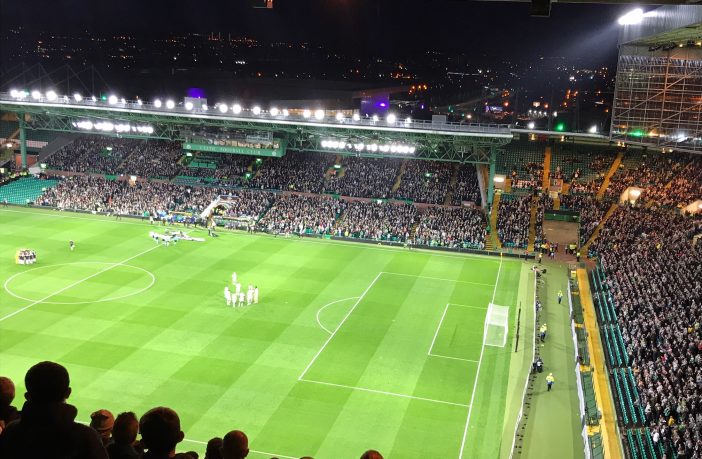 Leigh Griffiths came off the bench to pick up 3 points against Rosenborg in the Europa League. With Celtic running out of ideas and an increasingly vocal frustration from the crowd, skipper Scott Brown send a long ball into the edge of the Rosenborg area, Dedryck Boyata had stayed up from the previous attack and he cushioned his header into the path of Celtic’s number 9 who headed low into the corner to send Celtic Park wild.

Earlier in the day Griffiths had picked up 3 points for a speeding fine and he certainly moved with some speed as he spun away to celebrate with the Celtic support.

In the other game Salzburg won the battle of the Red Bulls by beating Leipzig 3-2 in Germany and both these teams will fancy their chances after watching this game back. Celtic were clearly the better team on the night but few of the starting eleven can say they were delighted with their own individual performance.

Only Kieran Tierney was excellent. Scott Brown was more subdued than usual, the two French boys were below par, Mikael Lustig, who plays to the manager’s instruction and not to the vocal wishes of the crowd, caused many a moan and groan and generally it was looking like another one of those nights. 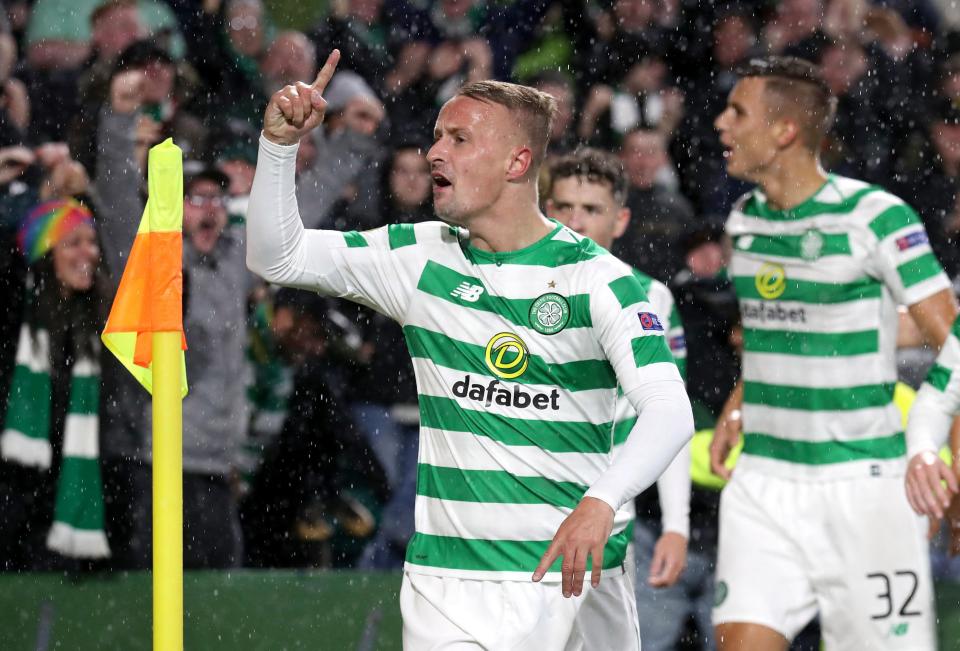 Tom Rogic and James Forrest – both were pulled after an hour with Brendan Rodgers opting for Mikey Johnston and Scotty Sinclair and that improved things – and Johnston could have grabbed the glory himself but after a fine cut-back from Tierney he blasted his effort inches over the top with the goal at his mercy. It was a real chance for glory for Mikey.

Earlier it took until 21 minutes before Celtic had a chance of note with debut Bhoy Benkovic heading on target. Then moments later Rogic but through and created an opportunity for Edouard but he shot over. Just before the interval the same two players had opportunities in a packed area but Rosenborg survived.

Rogic was first again to try to make the breakthrough in 47 minutes but again his luck was out. He was replaced in the doubt substitution ten minutes later.

Celtic Park were getting increasingly frustrated by the passive passing on a goalless night and it was ironic that it took an old fashioned long ball, a big defender heading it on and a striker being sharp enough to finish – it was an old fashioned Celtic goal rather than the pass pass pass stuff that was getting nowhere.

Celtic have three points, so does Leigh Griffiths. We do need to score more goals though.

Man of the Match – Kieran Tierney