It seems this club couldn’t have become much more of a laughing stock over the last few weeks if they’d tried. Dubai. COVID. Furlough. And, to top it all off, the Bhoys’ couldn’t even manage a victory against Hibernian or Livingston at home.

Granted, the usual suspects weren’t available; Broony, Edouard, Griff, Christie and Moi are all out, which gives the attack much less firepower; but still, as a side who have finished above Livingston in every season of their existence, you’d have expected the likes of Rogic, Johnston and Turnbull to have enough quality to see off the challenge of the West Lothian outfit.

They misfired yet again though, and having been played off the park for large spells of the game, Celtic’s stand-in skipper Callum McGregor has added more fuel to the fire by claiming that Celtic ‘didn’t understand’ their Livingston turnout as they ended their awful week with a lacklustre 0-0 draw at home to the fifth-placed side.

Speaking to Celtic TV with quotes attributed to the Daily Record, McGregor said: “It is just not good enough. We took far too long to get going in the first half and put ourselves under pressure. We didn’t really understand the game, in terms of trying to build out and giving them territory, that’s what they want.” 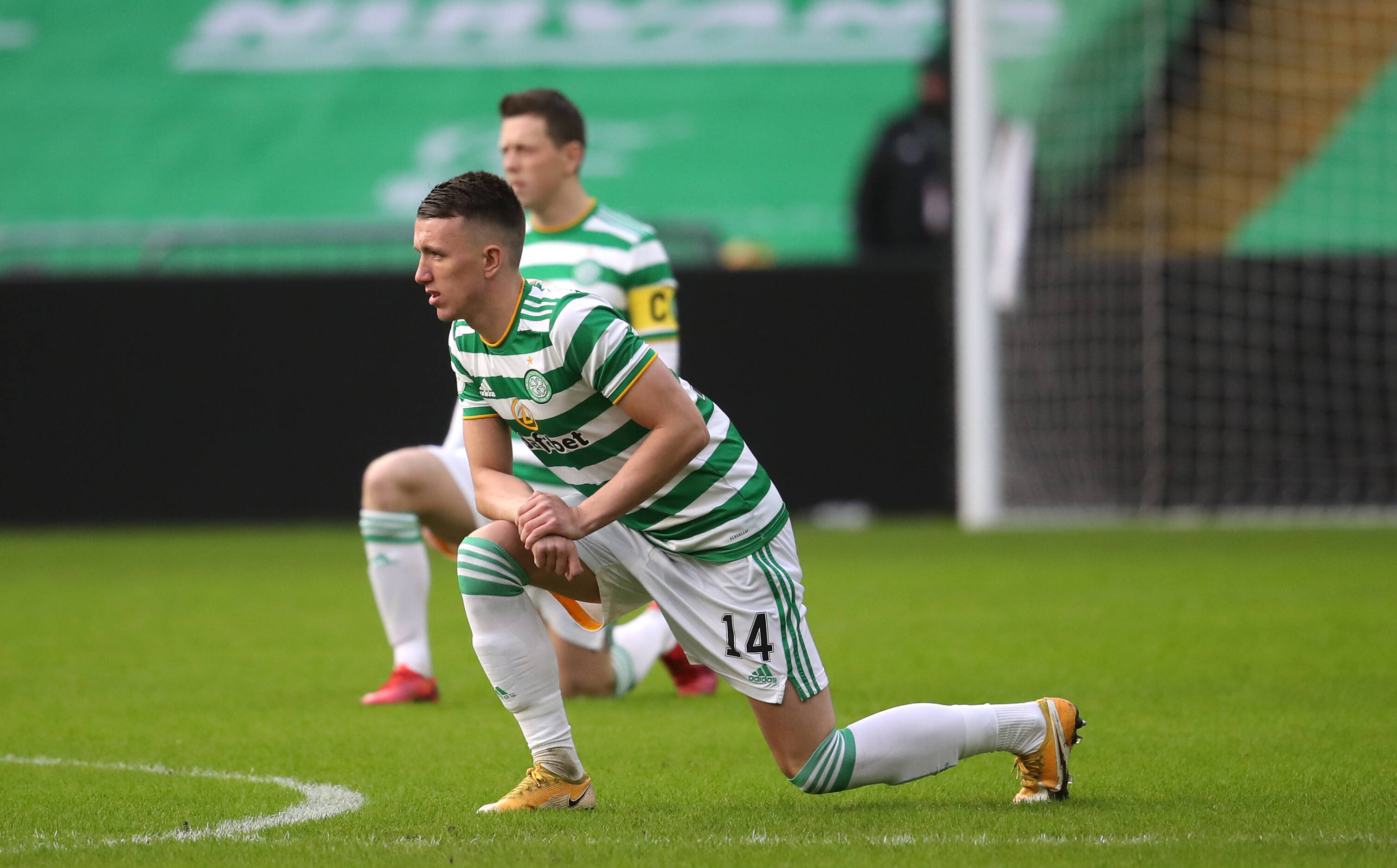 “It was really, really poor. Second half was a little bit better and we had a great chance to score but it’s a disappointing afternoon and we need to learn quickly. That’s what they want; they felt good about themselves, they won a lot of games recently and they’re on a good run. They understand the game and get it forward, they use their presence and the ball.”

Admittedly, Livingston did surprise me with how good they were; although given the pedigree that we have seen from some of the Celtic starting XI over the past few years, some game management should have been implemented to see them off.

“That’s all the basics of the game. First half we put ourselves under too much pressure with too many short passes, and we have to turn them in that sense. When you get the bits of play you get chances, so we are disappointed.”

“We did have chances, a big golden one at the end. Some of the guys that came in did alright, I thought Anthony Ralston did well. We have to learn quickly but we are dropping too many points, that’s for sure.”