You are at:Home»Celtic on This Day»Celtic On This Day – 10th November – David Potter’s Celtic Diary

Celtic Historian David Potter each morning on The Celtic Star looks back at key Celtic events and matches on this day starting on 10th November 1906. David’s latest book The Celtic Rising ~ 1965 The Year Jock Stein Changed Everything is out now on Celtic Star Books.

SATURDAY 10th NOVEMBER 1906 – Celtic beat Hibs 2-1 at Celtic Park in spite of the absence through injury of Quinn, McLeod, Hay and Loney – something that reveals the depth of talent at Celtic Park. Jimmy Menemy scores with a “rush through” and Bobby Templeton, playing on the right wing today scores with a shot “from near the touch line”.

SATURDAY 10th NOVEMBER 1928 – “Celtic have sent better teams to Pittodrie than yesterday’s but few that have included so fine a goalkeeper as John Thomson” says The Sunday Post of a close fought game at Pittodrie which ended up 2-2. Celtic were 2-1 up through an own goal and a fine drive from Paddy Connolly, but Thomson defied the black and golds of Aberdeen until very late in the game when Aberdeen equalised though a penalty kick.

SATURDAY 10th NOVEMBER 1956 – The Scottish League Cup won ten days previously for the first time is shown at Parkhead today to the 17,000 spectators who attend the game against East Fife. The Fifers now on the decline after their great days of the early 1950s are beaten 4-0 by a rampant Celtic side who score through Neil Mochan, Vince Ryan, Johnny Higgins and Mike Haughney with a penalty kick. 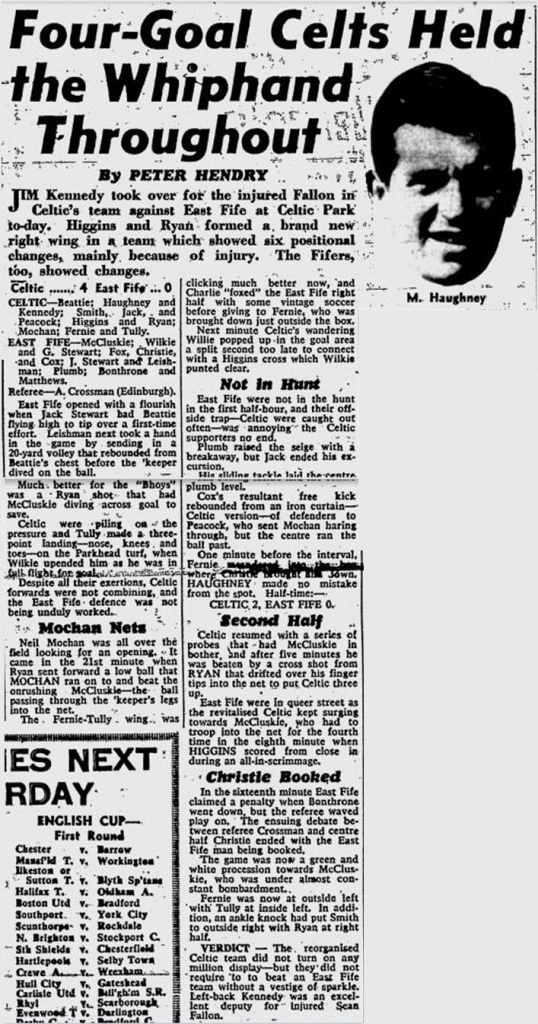 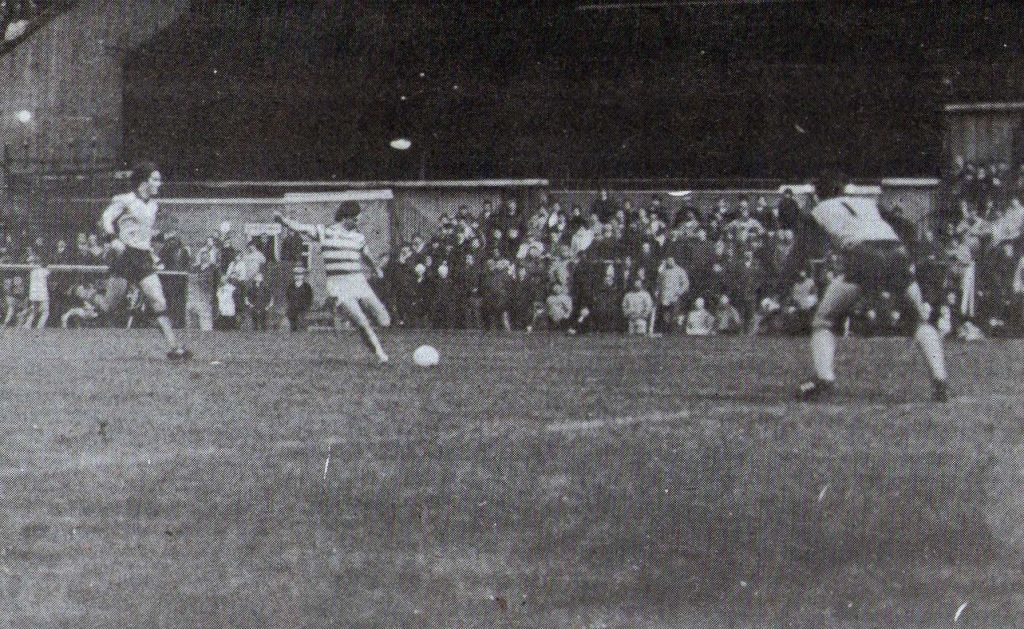 WEDNESDAY 10th NOVEMBER 1982 – A great night of football for the 15,400 fans at Tannadice Park in the second leg of the Scottish League Cup semi-final. Celtic are 2-0 up from the first leg, but Paul Sturrock scores twice to level the tie before Tommy Burns slips a lovely through ball to Charlie Nicholas to beat Hamish McAlpine and to put Celtic into the final.

SATURDAY 10th NOVEMBER 1990 – As so often happens in the wake of a defeat by Rangers (the League Cup final of two weeks ago), Celtic struggle to regain form, and today at Tynecastle they go down 0-1 to Hearts. It was a close game, and one could even say that it was an unlucky defeat, but it was a defeat nonetheless and things will soon get a lot worse. There is an air of depression about Celtic.