You are at:Home»Celtic on This Day»Celtic On This Day – 10th September – David Potter’s Celtic Diary

Month 2, Day 10 of Celtic Historian David Potter’s new diary on The Celtic Star which will run throughout the new season and will highlight key Celtic-related events relevant to each day, today covering 10 September… 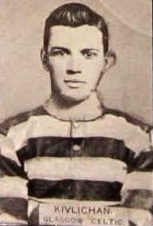 Heavy rain did not deter 25,000 people from coming to Partick Thistle’s new ground of Firhill to see the Glasgow Cup tie. Nor did the weather prevent the two teams from serving up a fine game of Cup football which Celtic won 2-1, the goals coming from the sharp shooting of Willie Kivlichan.

In what will turn out to be Celtic’s last big success for some time, Rangers are defeated 6-2 before 74,500 fans at Celtic Park. Malky MacDonald scores a hat-trick, Willie Lyon two (one a penalty) and Jimmy Delaney the other. Meanwhile Hitler, ominously, keeps threatening to take over the Sudetenland in Czechoslovakia. 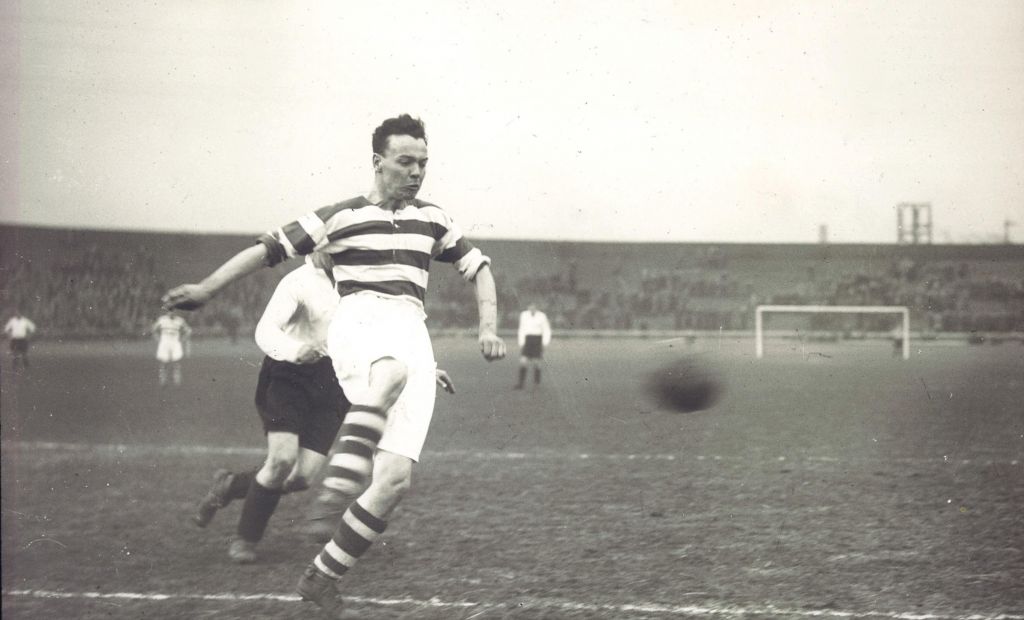 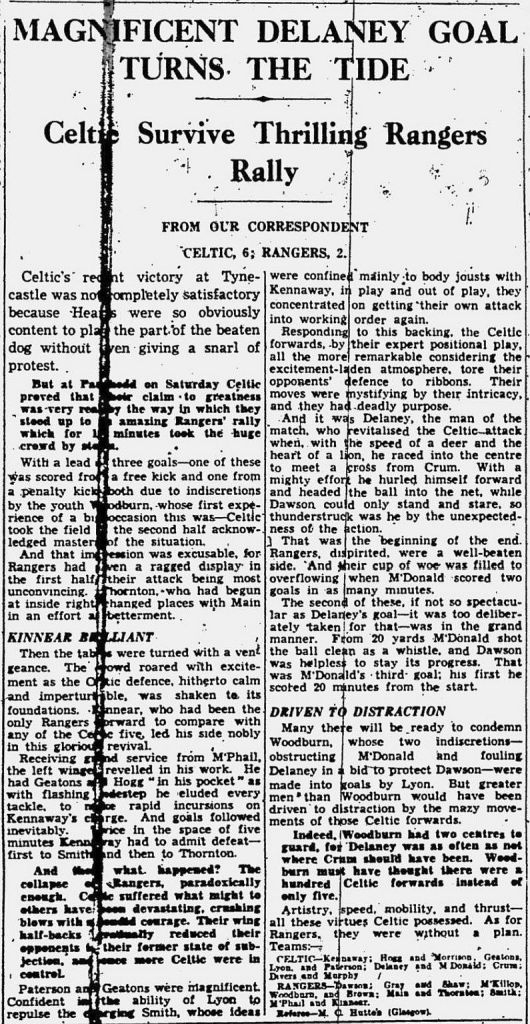 Games between Celtic and Clyde are never very good as a general rule, but this one was an exception as Celtic defeat the Bully Wee at Shawfield 3-0, with the goals coming from Steve Chalmers, Joe McBride and John Hughes. This was a League game, but Celtic had already defeated them twice in the League Cup. 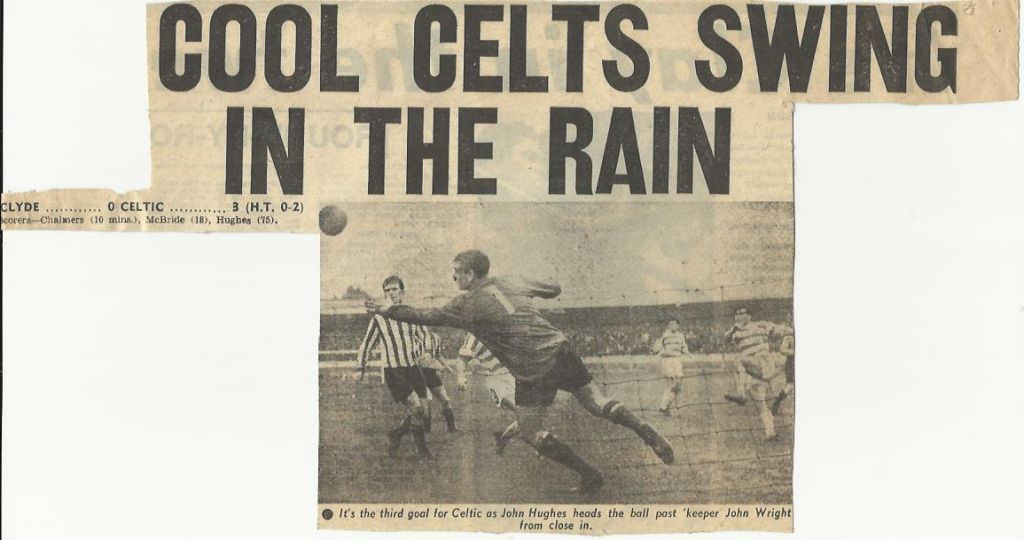 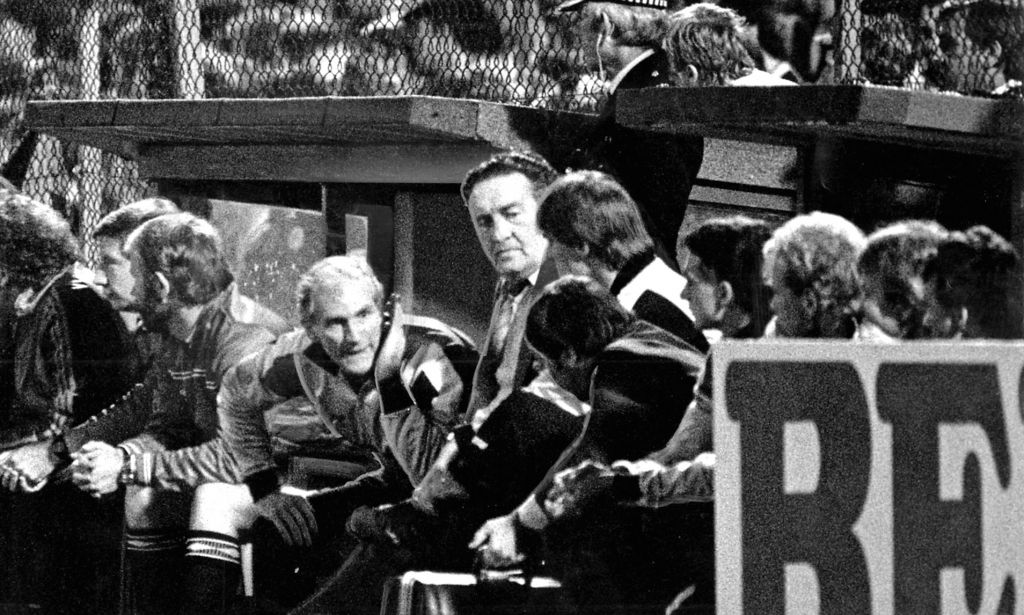 Jock Stein, now manager of Scotland, collapses and dies at the end of a World Cup qualifier between Wales and Scotland at Ninian Park, Cardiff. A late penalty gives Scotland a 1-1 draw which is enough to earn a play-off for qualification for the World Cup in Mexico. Stein was manager of Celtic from 1965 until 1978, winning ten League Championships, eight Scottish Cups, six Scottish League Cups and of course one European Cup. If Willie Maley was the “man who made Celtic”, Jock Stein was the “man who saved Celtic”, for they were on their knees before he arrived. 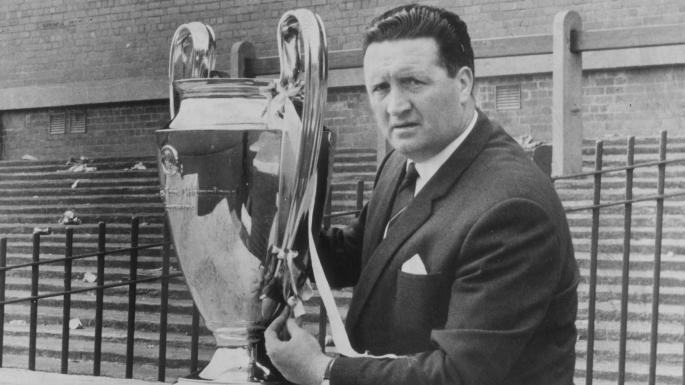 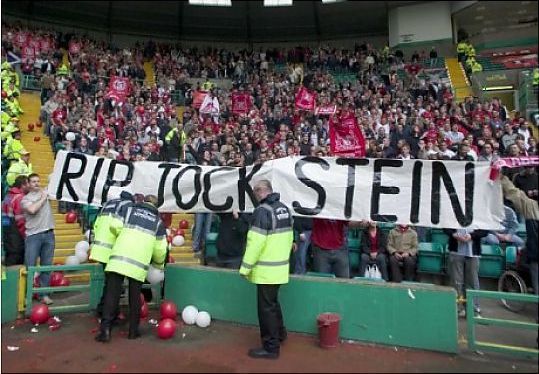 There have been better Aberdeen teams than this one in the past, but Celtic still have to work hard to get the better of the Dons as they resume after the International break. Maciej Zurawski and Stilian Petrov score the goals to the delight of the 58,000 crowd. 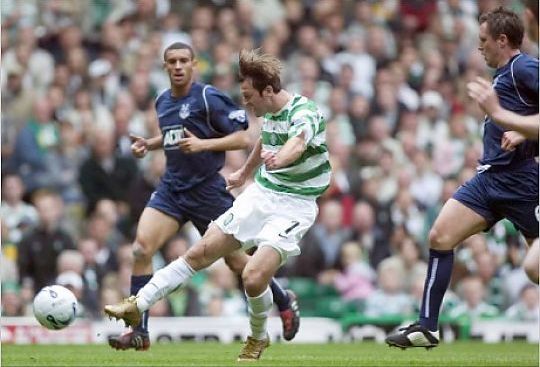 Maciej Zurawski breaks through the Aberdeen defence to put Celtic ahead.

60 years ago today, Celtic play Real Madrid in a friendly.

Phil O'Donnell with both goals on his debut. pic.twitter.com/keqDl3d3Pc

Celtic come from 2 goals down to win with goals from Collins(2) and Thom. pic.twitter.com/2ayrQ9vgS7