You are at:Home»Celtic on This Day»Celtic On This Day – 20th September – David Potter’s Celtic Diary

Month 2, Day 20 of Celtic Historian David Potter’s new diary on The Celtic Star which will run throughout the new season and will highlight key Celtic-related events relevant to each day, today covering 20 September…

A virtually capacity crowd of 60,000 see Celtic beat Rangers 2-0 in the Scottish League at Parkhead. The goals are scored by Bertie Thomson and Alec Thomson, Bertie’s goal coming immediately after Alan Morton missed a penalty for Rangers. 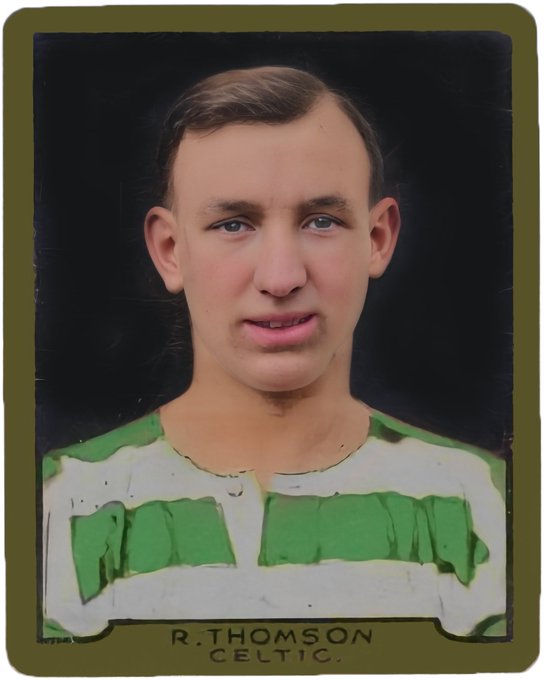 Rangers are rightly embarrassed by the behaviour of some of their supporters (“nitwits”, according to Alan Breck of The Evening Times) who profaned the silence for the young Celtic player called John Millsop whose funeral was held in Cambuslang this morning and was attended by both Celtic and Rangers players. Celtic won the game 2-1 with goals from Alec Rollo (playing on the right wing!) and Jimmy Walsh. 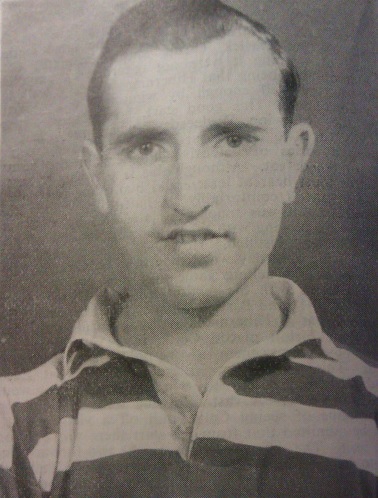 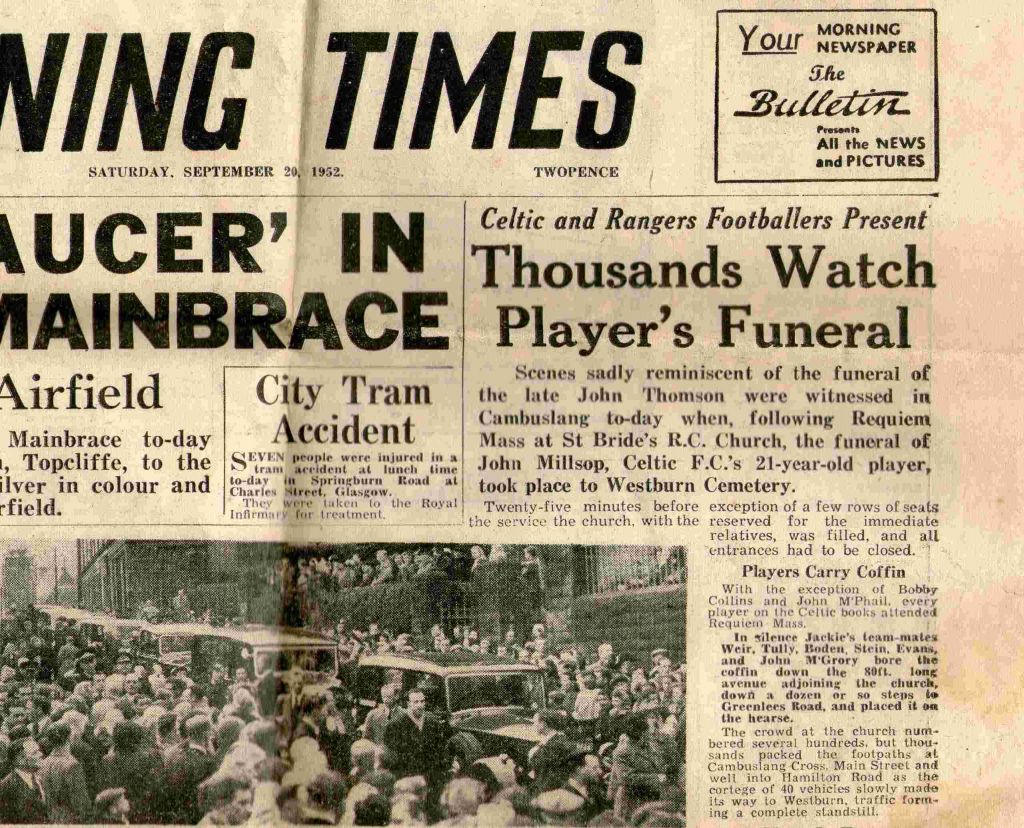 Celtic’s first game in the defence of the European Cup comes to grief tonight as Dinamo Kiev win 2-1 at Parkhead with only a Bobby Lennox goal for consolation. It really was a very sobering experience and one can only hope that some heads which have swollen to an unwarranted extent will now realise that hard work is necessary if success is to be sustained. Maybe big Jock made a mistake in standing still over the summer, and maybe he should have bought a player or two to add to the squad. But of course there is still the second leg in Kiev in a fortnight. 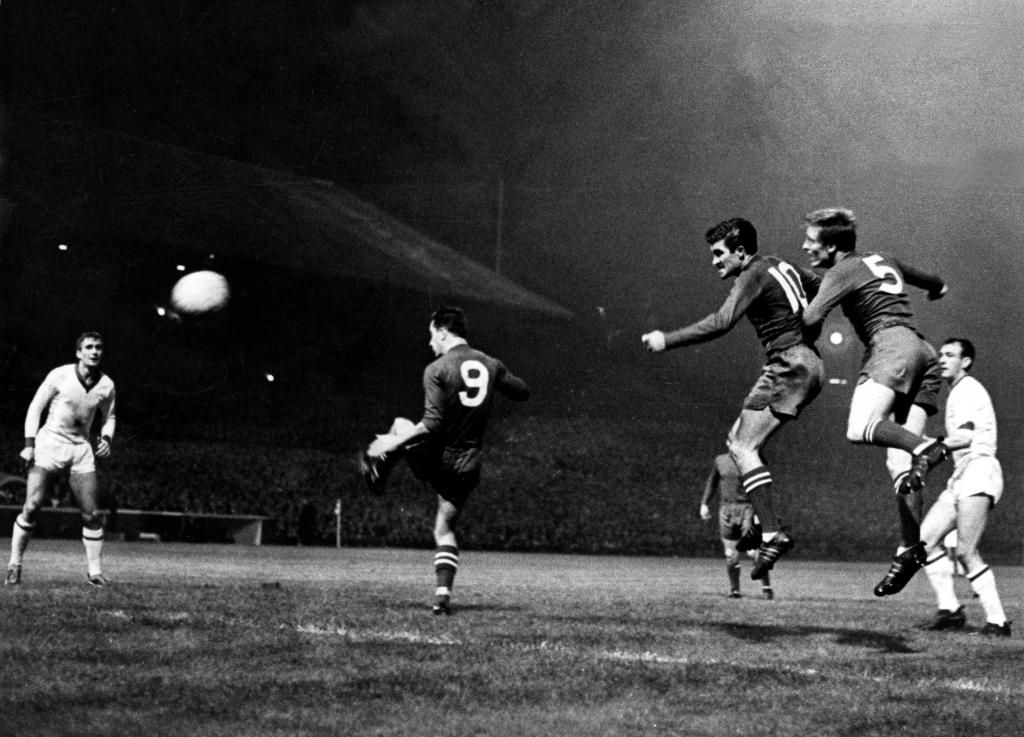 55 years ago today was the last time the Lisbon Lions XI ever played together in a competitive match.

Celtic lost 2-1 to Dynamo Kiev. This was the the Lions XI’s only loss.

Celtic visit Stair Park Stranraer to beat the local side 2-1 in the first leg of the last 16 of this season’s prolonged and complicated Scottish League Cup. 4,500 see Bobby Lennox and Vic Davidson score the goals after Stranraer have gone ahead within the first five minutes. This game, although played on a Wednesday night, is attended by quite a few Celtic fans from Northern Ireland, for whom this is almost a home game! 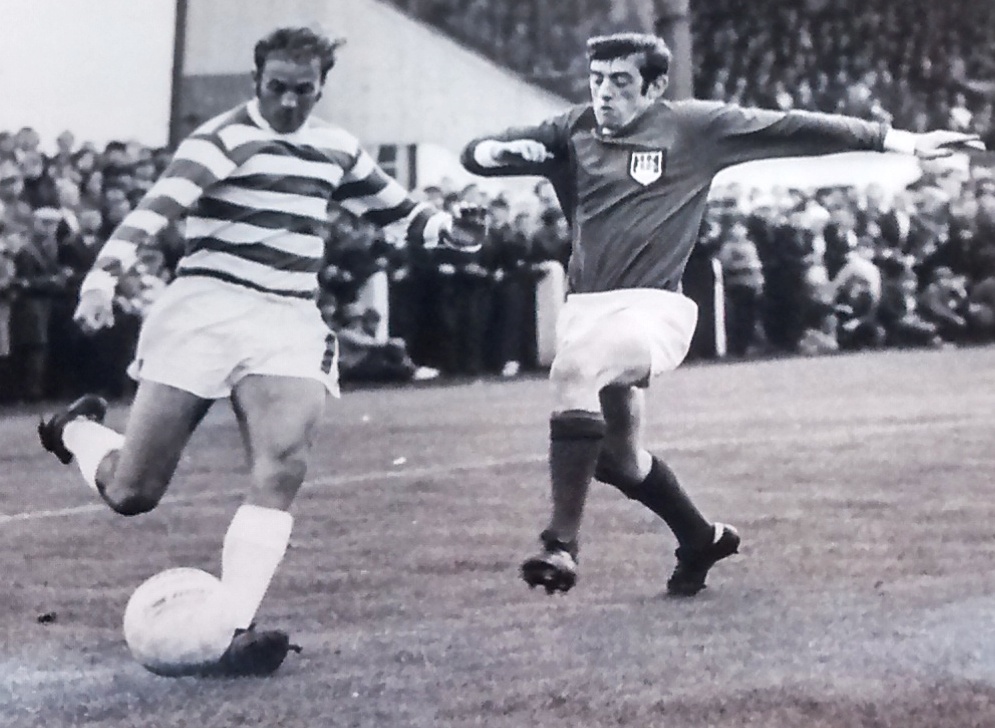 New Zealander Chris Killen and Dutchman Glenn Loovens today score Celtic’s goals in the 2-1 win over Hearts at Celtic Park. It is a much needed win, for on Thursday Celtic horrified their fans with a defeat from Happoel Tel Aviv in the Europa League. 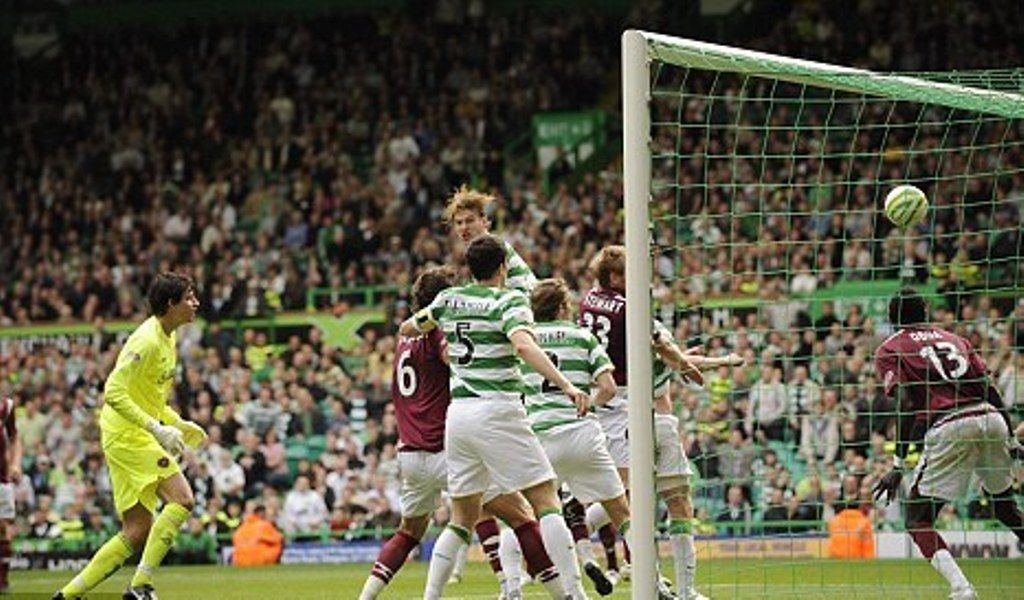 Harry Hood with the winner. pic.twitter.com/mpElZexPiB

Larsson with a cracking double. pic.twitter.com/K1qmaWG7Nl

Izaguirre blazes a penalty miles over for his hattrick.😂 pic.twitter.com/Zhak66bkw2

The King of Kings.👑 pic.twitter.com/bVg5ZAXeyA

“With that behind you there is a sense of being the best in the world,” Kyogo
Barkas on keeping the gloves – “I do everything I can to stay under the bar for as long as possible”
Joe Hart’s message to Celtic after shock defeat