You are at:Home»Latest»Celtic on This Day – After Easter Road Replay, the Centenary Fairytale was on

ON THIS Day, in 1988, Celtic travelled through to Edinburgh to face Hibs in a Scottish Cup 4th round replay. The game at Celtic Park three days earlier had ended goalless, which was particularly disappointing as this was the first ever match from Celtic Park to be broadcast live on the BBC, and it had attracted a huge audience.

“It was particularly disappointing because the game was watched by millions live on television,” Billy McNeill said afterwards.

“I had previously thought that this would present a fine opportunity for my skilled players to show a watching public just how fluently Celtic can play.

“Sadly it just didn’t come off and credit to Hibs. They quelled the threat carried by our more inspirational players especially Paul McStay and Joe Miller. 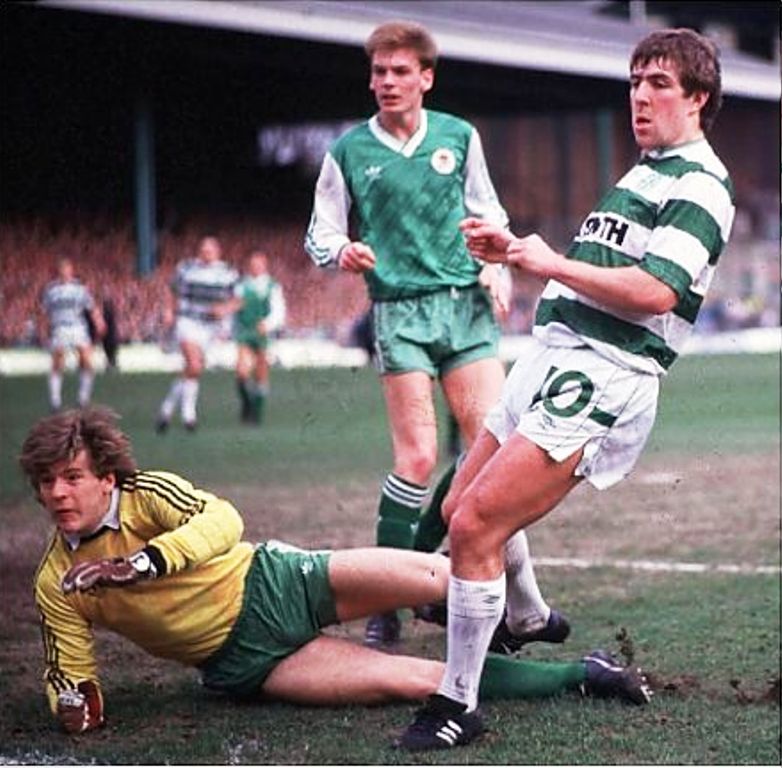 “I’m confident we can go and get a result at Easter Road. Despite not playing well on Sunday we still created several clear cut chances. If we had drawn Hibs away from home in the first instance I would have fancied our chances to progress further.

“Nothing has changed now as far as that is concerned,” The Celtic manager stated.

Tickets for the replay were hard to come by and Easter Road was packed to the rafters with a crowd of 24,000 there to witness the unfolding drama. Celtic traditionally had a particular fondness for the Scottish Cup and as this was our Centenary season, well, many supporters thought that is was written in the stars… 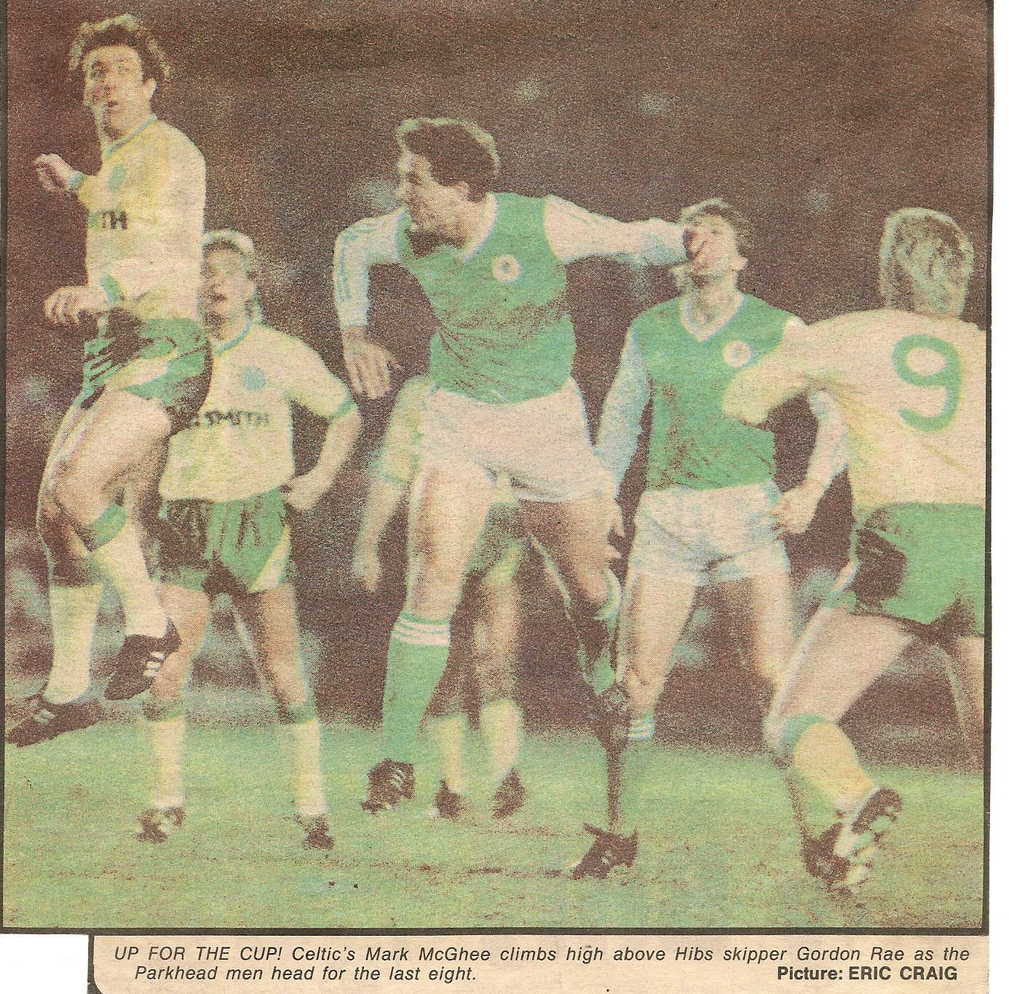 Celtic, playing in a yellow top and socks with green shorts, dominated the game with Paul McStay controlling the midfield but Hibs defended resolutely, while Pat Bonner had nothing to do whatsoever.

Celtic hit bar twice and Andy Goram (yes, him) had to pull off some big saves to keep Hibs in the game. Billy Stark hit side netting then had a lob cleared off the line but it remained goalless.

Then super-sub Joe Miller combined with Tommy Burns who squared for Peter Grant 20yds out. His shot came back off the underside of the bar but Billy Stark was the first to react to head home the all-important goal.

The fairytale was on… 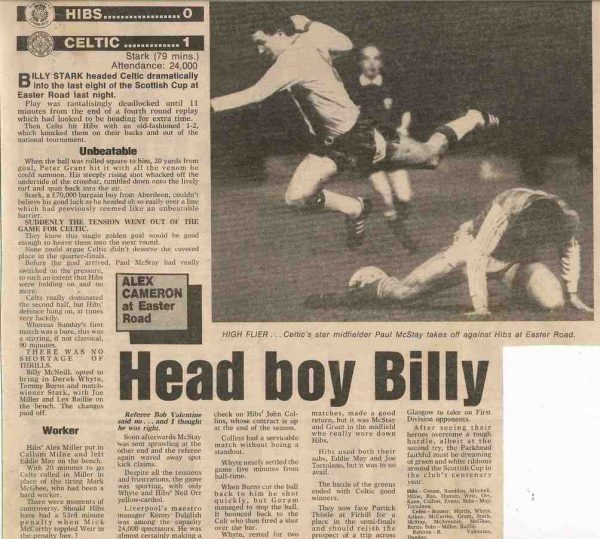 Previous ArticleJabba Declares War on BBC! ‘Rangers fans can DEMAND that the BBC start to respect them and their club,’ Traynor – watch the video
Next Article ‘We gave a good account of ourselves, but we want to go further in Europe,’ Celtic Star