You are at:Home»Latest»Celtic open talks to extend Ryan Christie’s contract

CELTIC have opened contract talks with Ryan Christie as they look to secure the Scottish playmaker’s future. The ex-Inverness midfielder is contracted until 2022 but Neil Lennon is determined to secure his long term future with improved contractual terms. Talks are underway as Neil Lennon looks to reward the talent with a new deal.

As reported by the Scottish Sun, Neil Lennon wants to give the 25-year-old new and improved terms in order to fend off potential interest. Christie has two years remaining on his current deal and a new deal would reflect the changed role from breakthrough star to fully fledged first team regular. 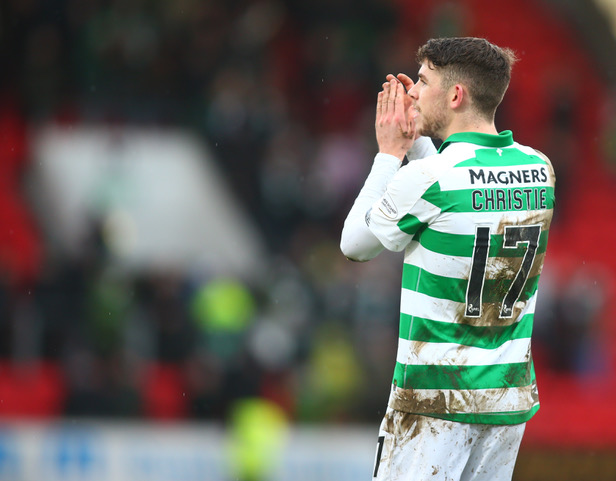 Christie was one of the standouts as the club won 9IAR, with 19 goals and 16 assists in 43 appearances, the 25-year-old was in sparkling form and will be hoping to continue where he left off when football resumes.

The Scottish Champions are keen to reward their best and brightest talents in order to fend off interest as the club attempt to win 10IAR. Christie signed from Inverness CT in 2015 and following loan spells with Caley Thistle and Aberdeen, he has grown into a first team regular with the Parkhead side.

Hopefully Christie and Rogic can compete for the attacking midfielder role under Lennon this season as the pair have the ability to unlock teams and with quality of this kind, Celtic will be a force to be reckoned with as we go for the Champions League group stages as well as 10IAR.

Previous ArticleVideo: A Reminder Of The Impact Leigh Griffiths Can Have At Celtic Park
Next Article Christie believes that top class opposition is perfect pre-season preparation