Peter Lawwell came in for plenty of stick from the Celtic support over his 17 years in charge of our club, much of it justified, often over the top – people are passionate about Celtic – and occasionally ill-informed.

Martin O’Neill on the other had is held in the highest of esteem with very few critics among the support. There is no question that the job he did starting just over twenty years ago in revitalising Celtic taking us from the 6-2 game all the way to Seville and ending with Black Sunday then a somewhat hollow Scottish Cup win. 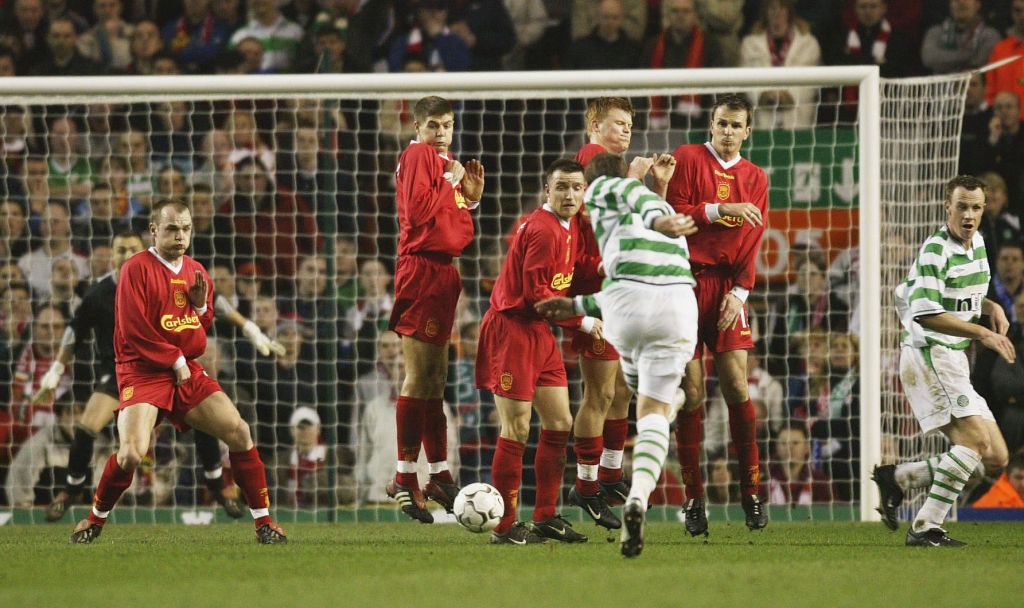 Dermot Desmond funded that extravagance, and what a time it was to watch Celtic, but when O’Neill left he told Celtic to get ready for life in the slow lane. Gordon Strachan was hand-picked as his successor and Peter Lawwell was now briefed from the Irish Billionaire to run a club that can live within its means.

Had that not happened then Celtic could have ended up continuing down the same path as Rangers FC with their reckless over-spending and unless Irish billionaire was prepared to fund the excess spending himself Celtic would have been doomed. 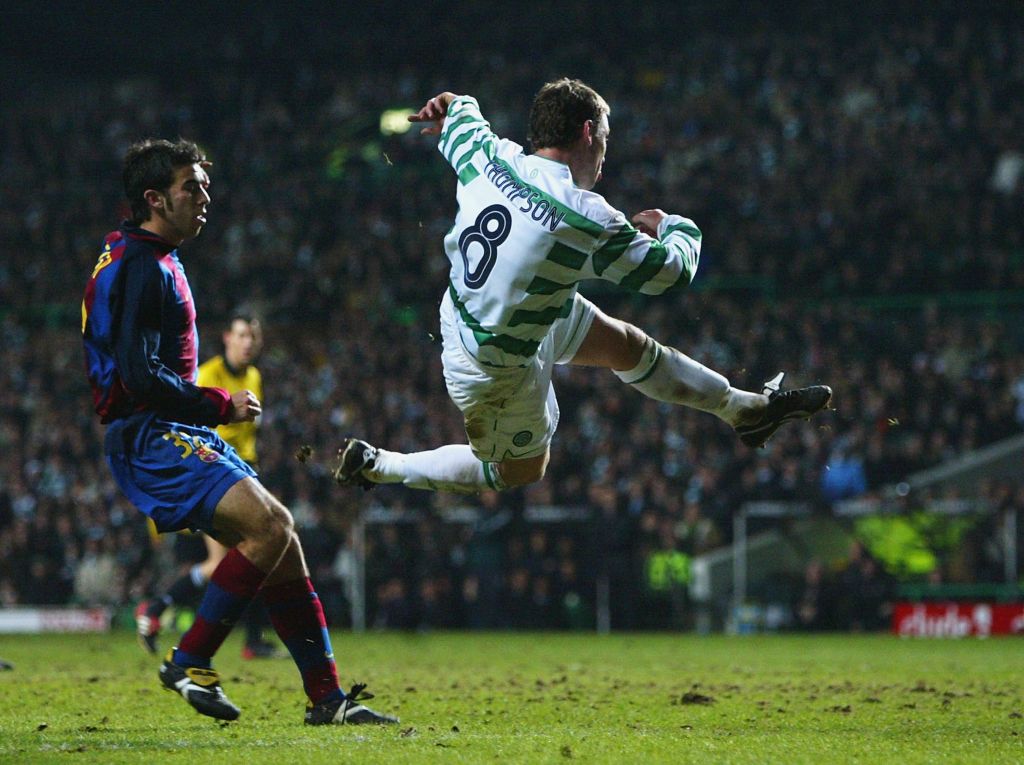 :Alan Thompson of Celtic scores the first goal during the UEFA Cup Fourth Round, First Leg match between Celtic and Barcelona at Celtic Park on March 11, 2004 in Glasgow, Scotland. (Photo by Michael Steele/Getty Images)

So the MON party was over and the slow-lane under Strachan and Lawwell looking back wasn’t so bad after all.  The history books will eventually be slightly more harsher on O’Neill and kinder on Strachan, even if today that’s a dangerous thing to be saying on The Celtic Star!

Why say it then? Well Alan Thompson last night tweeted that he’s serialising his new book A Geordie Bhoy, in The Sun and various articles have appeared on that newspaper’s website – and presumably in the print edition this morning – where the former Celtic midfielder talks about his time at the club. 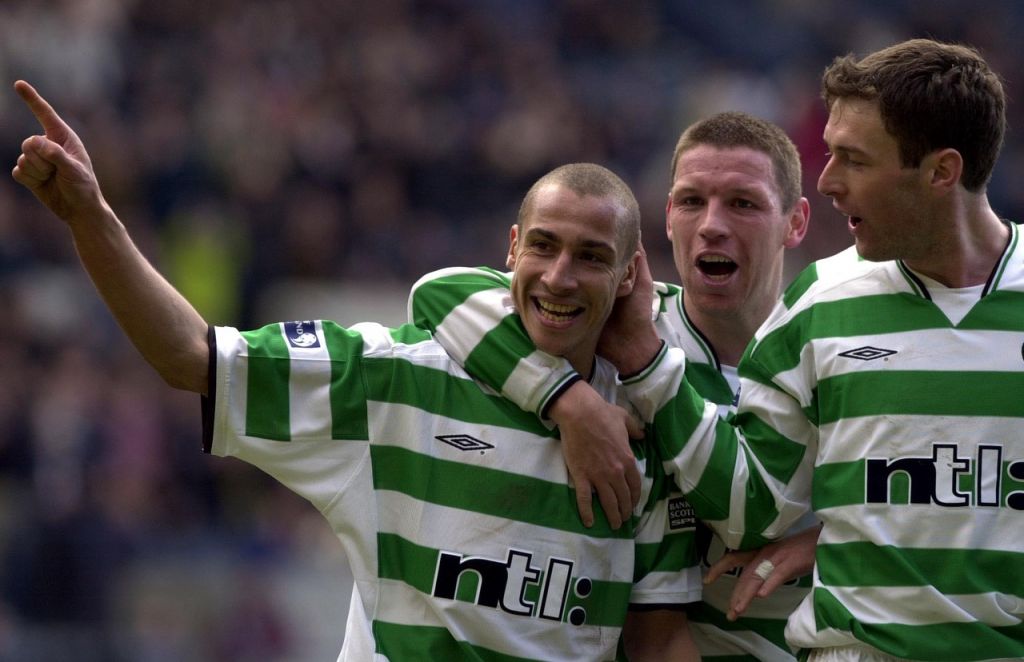 There’s an article about what was really said between McCoist and Lennon at the so-called Shame Game, another about Lennon asking Thompson in the Celtic managers office if he’d been taking cocaine – apparently the question was being asked on behalf of people further up the club ie presumably Peter Lawwell.  And with these revelations you can be almost certain that this book will NOT be available in the Celtic stores.

However the extract that really caught my eye was Alan Thompson’s revelations about the contract he’d been given by Celtic while Martin O’Neill was still the manager.  Thompson explains how things panned out for him after Strachan replaced O’Neill. 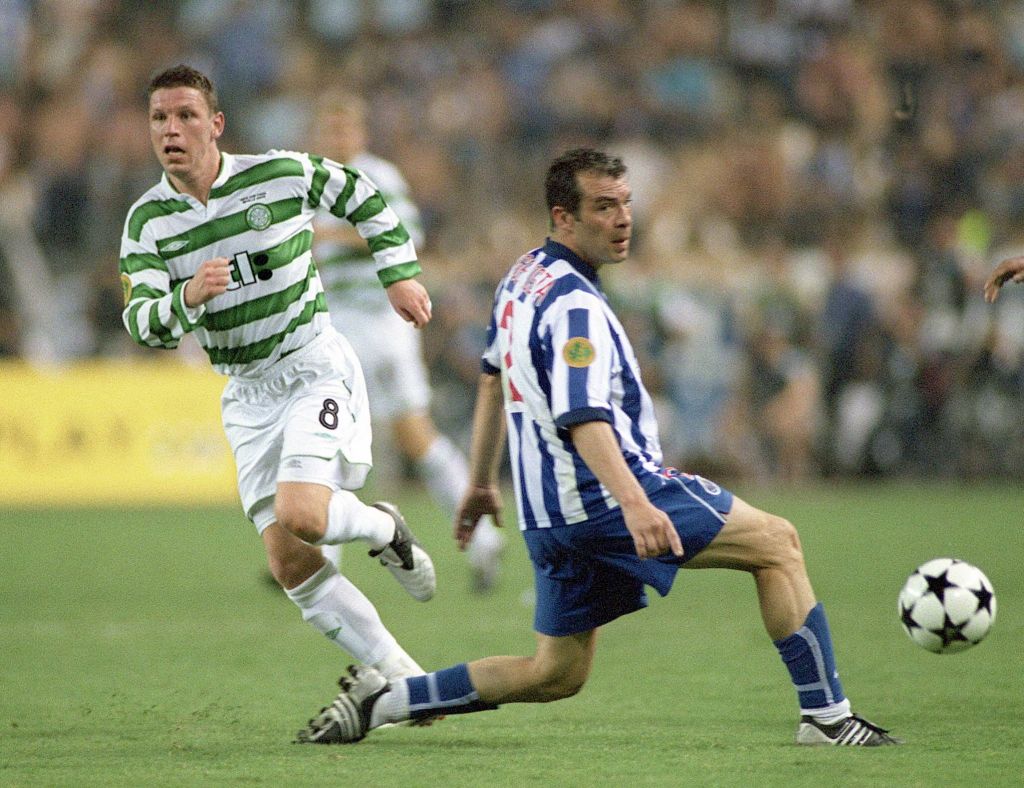 “It’s fair to say there were a few raised eyebrows when Gordon took over. As soon as the new gaffer came, he sat me down and told me the slate was clean and that I’d be given a chance to get into the starting 11. True to his word, that’s what he did and I was given a fair crack of the whip,” Thomson writes in his book, as reported by Scottish Sun.

“Although I was starting games for Celtic in the December of the 2005/06 season, I would say the writing was on the wall, that my time at Celtic was coming to an end as soon as I was sent off at Ibrox in the August.

“In the boardroom I knew that Peter Lawwell wanted to move me on because the last contract I signed was one of the more lucrative ones. The two-year extension Martin gave me was by far the best of my whole career. 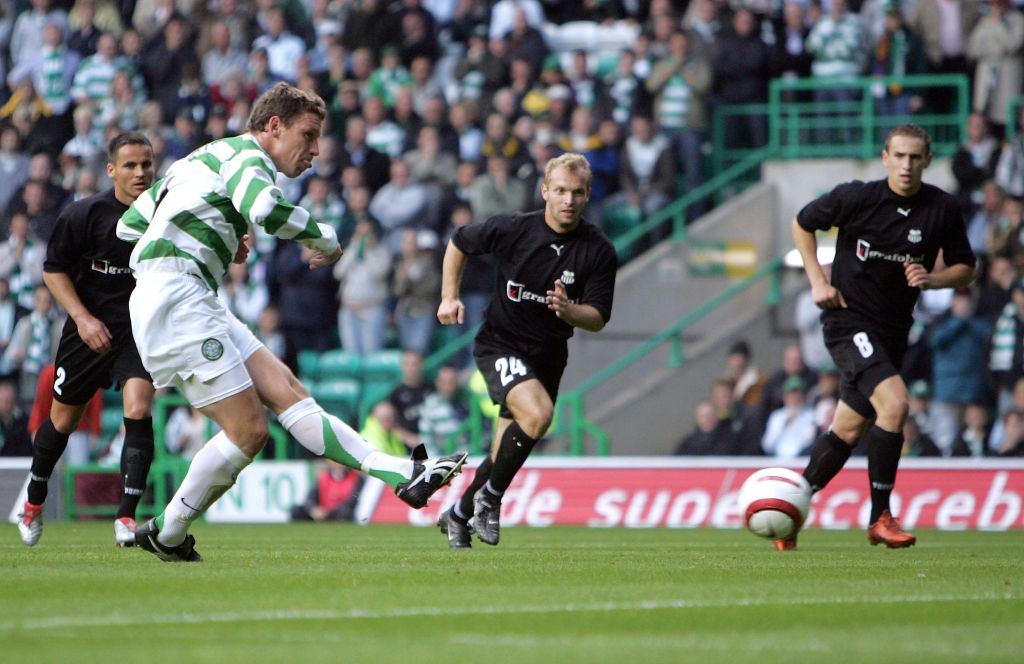 Celtic’s Alan Thompson scores from the penalty spot during the UEFA Champions League first qualifying round, second leg match between Celtic and Artmedia Bratislava at Parkhead on August 2, 2005 . (Photo by Christopher Furlong/Getty Images)

“And with the likes of Shaun Maloney, Ross Wallace and Aiden McGeady coming through I knew that Celtic would be thinking it would make business sense if I wasn’t here anymore.

“I’m sure there must have been a conversation with Gordon and Peter over my contract situation. I was tied to Celtic until the summer of 2007 and if I was surplus to requirements, it would free up an awful lot of money to get me off the wage bill.

“Not only was my contract incredibly handsome but I was also on a bonus of £10,000 an appearance on top of my basic salary. If I played two games in a week there’s £20,000 on top of what I was earning. Like I said, it was some deal,” the former Celtic Star stated.

“I’m sure they must have thought, ‘hang on a minute we’ve had the best out of this fella and don’t need to be paying him any more — let’s get him out’.  think the finance side of it was 50 per cent to do with my Celtic exit. I turned 32 in December 2005, so my legs weren’t getting any fresher.

“It really saddened me that my end at Celtic happened the way it did though. I felt I was kind of pushed out the back door like a thief in the night, and Chris Sutton was treated the same. Maybe Gordon made the correct decision in football terms but I feel that if Martin had still been at the club I’d have been treated better.” 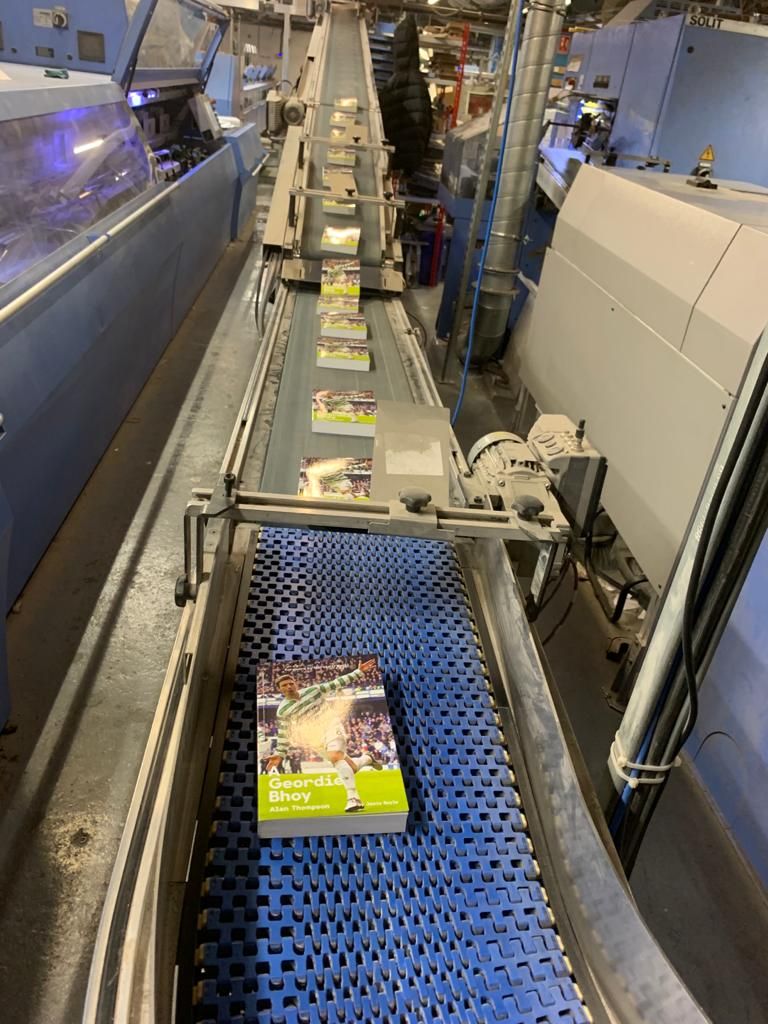 A GEORDIE BHOY with Alan Thompson is available from Amazon, eBay and Waterstones, priced £14.95 paperback, £4.95 Kindle.