You are at:Home»Latest»Celtic Park Bucket Collection for An Gorta Mór Memorial raises over £20k

CELTIC supporters dug deep on Saturday to contribute over £20,000 to help fund the long overdue memorial to the victims of the Great Hunger.

The collections was organised by Coiste Cuimhneachain An Gorta Mór (Great Hunger Memorial Committee) and had the support of Celtic FC, The Celtic Trust and various supporters groups and was widely promoted on Celtic fans media, including The Celtic Star.

The aim is simple – to provide Glasgow with a fitting, and long overdue memorial to the victims of the Great Hunger and with the help of the Celtic support that dream is much closer to becoming reality.

The planned Memorial has been designed by John McCarron and is called the Tower of Silence. Here is an artist’s impression of what it will look like – a striking reminder of the suffering of the Irish people who fled hunger and desperation to make their new home in Glasgow. The Memorial will be located at  St Mary’s Church in the Calton. 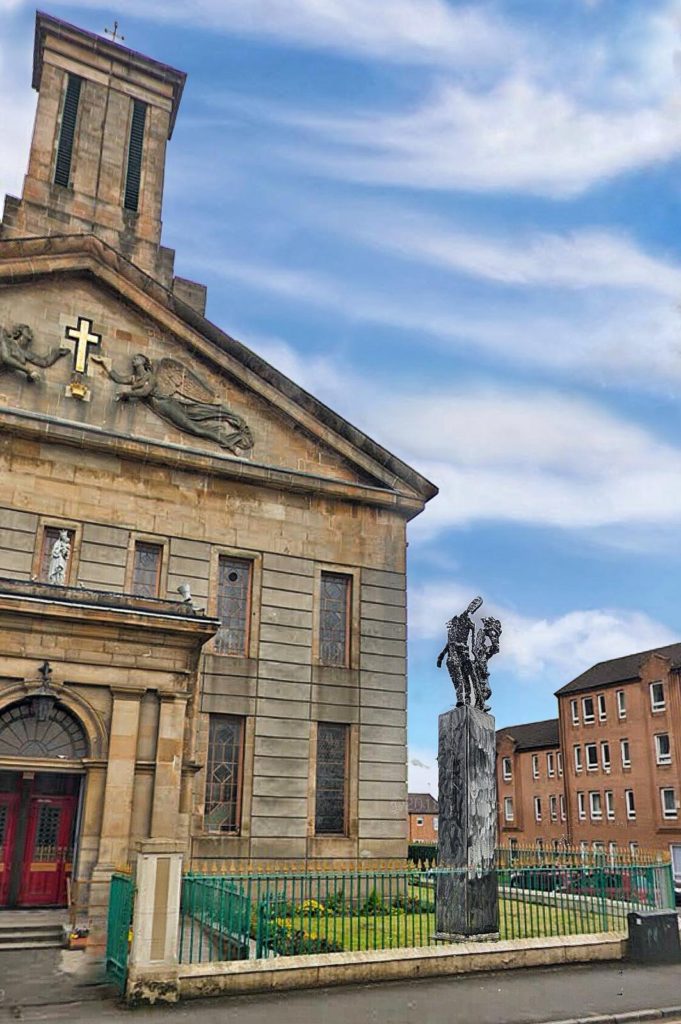 Speaking ahead of the Bucket Collection on Saturday before the Celtic v Aberdeen game, the An Gorta Mór (Great Hunger Memorial Committee) stated: “The bucket collection at Celtic Park is a great opportunity for us to raise funds as we enter the final phase of delivering a fitting memorial to the victims of the Great Hunger and the impact the Irish community has had on Glasgow,” the committee told The Irish Voice.

“With the final design – the Tower of Silence, by John McCarron – chosen for our site at St Mary’s Church in Abercromby Street we are delighted with the excitement which is building in the Irish community and with fundraising well underway we are already enjoying the support of the multi-generational Irish community in making our a plans a reality.

“Our volunteers will be stationed around Celtic Park before tomorrow’s match against Aberdeen and we are calling on all Celtic supporters travelling to the match to dig deep and help Coiste Cuimhneachain An Gorta Mór (Great Hunger Memorial Committee) meet our target for the construction of this striking memorial to acknowledge and remember our past.

“We Are Building It!”

With £20,100 raised in one day then An Gorta Mór (Great Hunger Memorial Committee) is well on its way to securing the funding required. If you would like to contribute you can do so via their PayPal account and you can find them on Twitter HERE and the official website can be found at https://angortamorglasgow.com

Give yourselves a huge round of applause! Thank you! #WeAreBuildingIt pic.twitter.com/u6HSV9u8ee

Previous ArticleA Year on from his Beautiful Sunday Debut, is Scott Bain Scotland’s new No.1?
Next Article Scott Bain’s Remarkable Journey – From the Building Site to Celtic and Scotland’s No.1