You are at:Home»Latest»Celtic Players and Support Robbed of 9IAR Celebrations but Our Day will Come

In some quarters Celtic’s historic 9-in-a-row appears to being classed as some kind of chancer, a thief in the night, profiting from a global pandemic to steal a league title by opportunism rather than hard graft. It is being painted that Celtic somehow wished to engineer an end to the football season as we were in some way terrified of a resurgence in form from the Southside of the City. 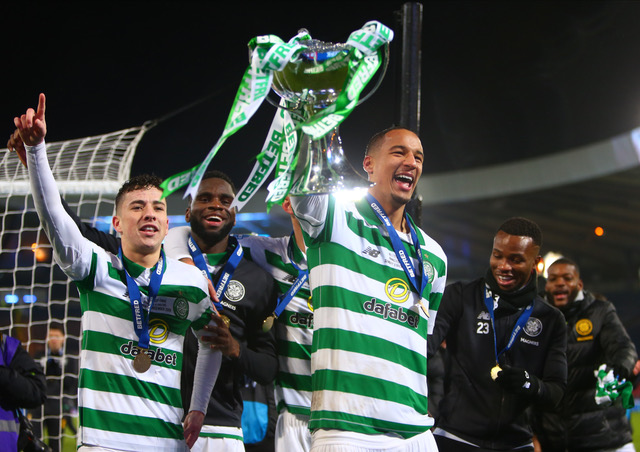 A resurrection of biblical proportions that would have cut us down in our prime, while at the same time Celtic would have to have capitulated, as Devon Loch did on the final straight while leading the 1956 Grand National.

Conveniently of course this narrative ignores a league position that saw us 13 points clear with 8 games to play and our nearest rivals having already surrendered the title in the media. The less football they play the better they seem to get.

When it comes to league titles, we’ve done it before and dare I say we’ll do it again, but what we’re unlikely to do is celebrate 9-in-row again. The opportunity for the Celtic family to celebrate this particular title together has been lost and we won’t get that back. That being the case the support haven’t grumped or groaned or called for independent inquiries. We’ve accepted that when negotiating alien territory, such as this awful pandemic, that changes and allowances have to be made.

We’ve quietly got on with it. It is after all a small sacrifice in the whole scheme of things. To paint Celtic as having any advantage other than that already gained by our own endeavours is revisionism at its finest.

Yet there are a few individuals I do feel sorry for in all of this, even if we’ve heard no word of complaint from them. 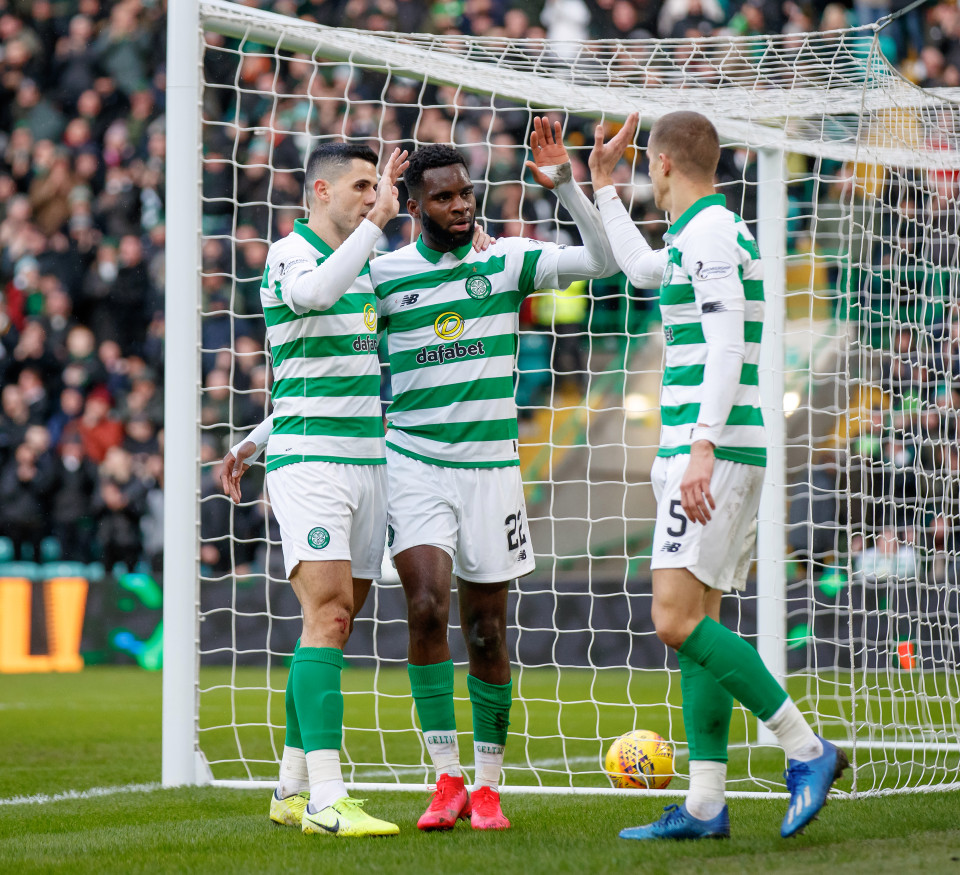 While many in the Celtic support and team have seen league success before, the likes of Jeremie Frimpong, Greg Taylor, Boli Bolingoli, Hatem Elhamed and Christopher Jullien have never experienced that. Players who have come into the Celtic side as the new boys and more than earned their first league titles have missed out on the best of it.

Yes they’ll get the well-earned and fully deserved winner’s medals but what they won’t get is the real reward for it. The appreciation of the support coming down from a capacity Celtic Park as they take their turn to lift the trophy, or as the final whistle sounds and Celtic are the last club standing. 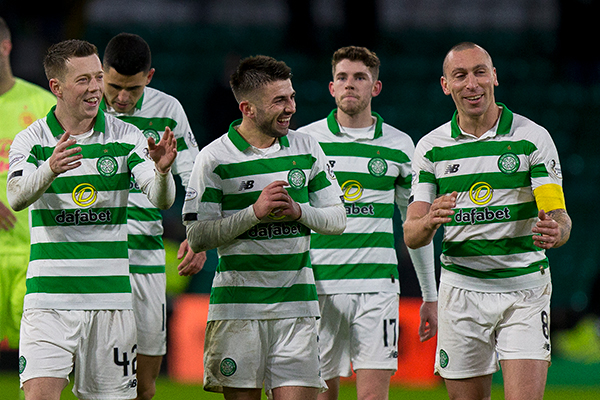 The opportunity to win that title on the field of play and then experience trophy day at Celtic Park has been lost. Those are the moments players feel the warmth of the support for all their hard work and sacrifice throughout the football season.

Even in today’s world of the highly paid footballers it is unlikely players look back on a league title and think of the winning bonus they received. What they recall and share is the days they won something and how it felt, what it looked like and what it sounded like with all that praise and thanks ringing in their ears. Jullien, Taylor, Bolingoli, Elhamed and Frimpong have been denied that opportunity.

As Neil Lennon said when speaking to the Daily Record – “Clubs voted on the resolution eventually. I am a football competitor, I want to do it in front of the fans, I want to do it with the players.

“That was taken away from us. That opportunity for the first time guys like Jullien,  Bolingoli and Frimpong. They didn’t get the chance to win their first medal in front of the home support which is what we all work for and strive for. 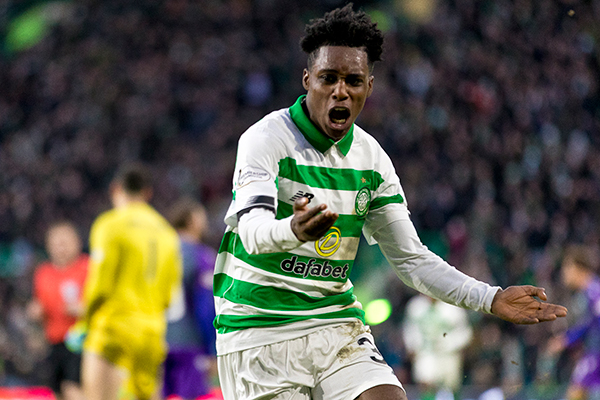 “But there was no way we were going to relinquish anything on the football field, we were very strong and coming on stronger.

“We wanted to do it in front of our supporters. That wasn’t possible, but it is a momentous day for the club.

“Supporters of a certain vintage will remember the first time Celtic did nine in a row. They probably couldn’t believe this could happen again.”

It is of course portrayed that Celtic missed out on nothing and gained everything from this season and that somehow this is how we wished the movie to end.  I certainly expect no sympathy to come the way of our support and that is fine we expect that, but spare a thought for those players who worked so hard to break through into a Celtic team that had already won eight consecutive titles. No mean feat. 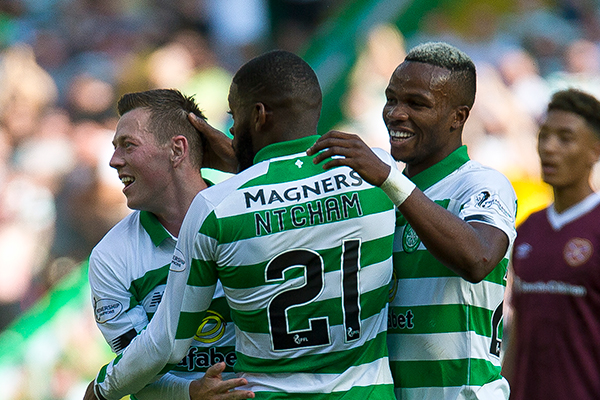 Then having got there and established themselves as part Celtic’s finest achievement since 1974, they had to celebrate in isolation away from the teammates they’d won it with and apart from a support that would have sung their names and their praises as they lauded them as the legends they became.

No-one in the Celtic support would expect anything less than a complete lack of sympathy for our fans. That comes with the territory in Scotland. They can’t even congratulate us through anything other than gritted teeth. But when it comes to Jullien, Taylor, Bolingoli, Elhamed and Frimpong they deserve a little more.

Congratulations on your first league title Bhoys. Once Celtic Park is full again we can all make up for lost time.

Previous ArticleVideo: How Andy Halliday will be remembered by the Celtic support
Next Article Brown hopes Celtic stars stay for 10IAR