You are at:Home»Latest»Celtic Rebuild: Lewis Ferguson? We Shouldn’t Hang About

If there have been attributes missing from this Celtic side, in comparison to the opposition we’ve faced over the course of the season, it’s safe to say Celtic’s technique and creativity haven’t been matched by some essential characteristics required in football, particularly Scottish football.

As such, as Celtic enter the transfer window this June scouts will surely be looking to players with physicality, aggression and power to add to the strengths we do have to create.

It is far too easy an answer to state Celtic have defended abysmally or that our conversion rate for chances created has been disappointing in comparison to previous seasons, both those things are clear, but it doesn’t mean that is all about central defenders unable to win initial headers and second balls or Centre forwards being profligate in front of goal, at least not entirely. 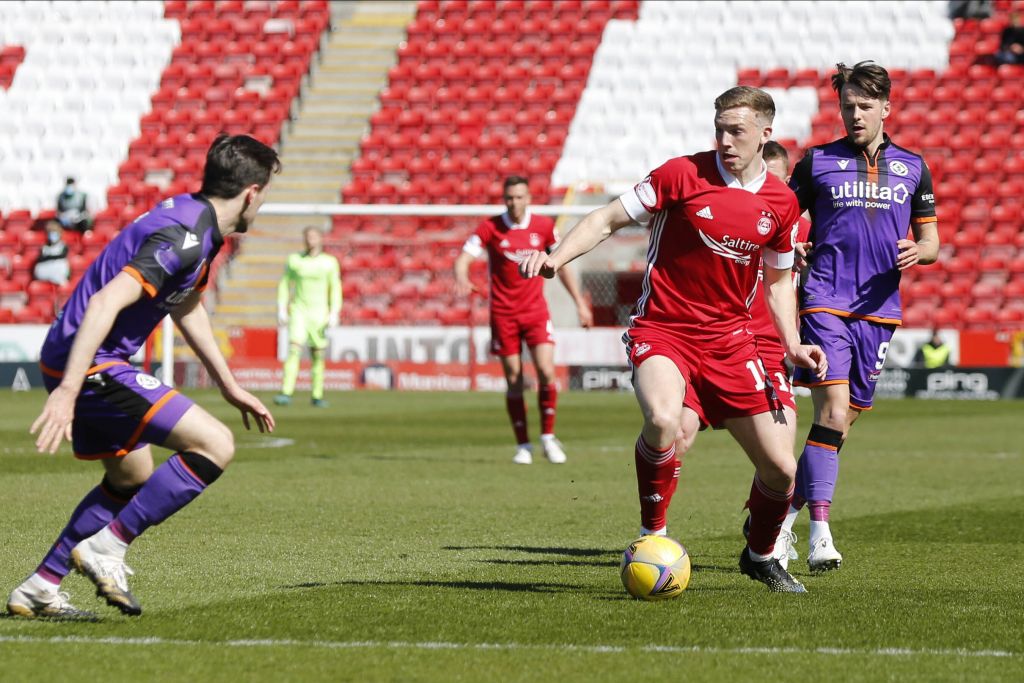 Indeed, the job to protect the defence, to not concede the fouls that lead to cheap free kicks and set piece chances for the opposition comes down to the midfield, as it does to ensure the ball is carried to the danger area and not through passing triangles alone, pretty patterns played out in front of opposition defences, as such that aggressive and physical midfielder has clearly been missing from Celtic this season.

Ismaila Soro has shown glimpses of what is required however does lack the discipline to know when to stand off and when to commit to the tackle, and needs a coach’s touch. Whilst the exiting captain eventually saw Father Time catch up, and the opposition run off him, to the point any aggression or physicality in his play became a moot point as he simply couldn’t get near enough to the opposition to engage his best attributes.

That’s not a criticism of Scott Brown that is simply a matter of age catching up. It is however a criticism of a coaching team who continued to leave a player exposed, damage his legacy and impact on Celtic’s ability to handle the physicality of Scottish midfields, with the likes of Callum McGregor, David Turnbull and Ryan Christie not exactly the sort of guys you’d expect to deliver a tackle as well as they do a through pass. 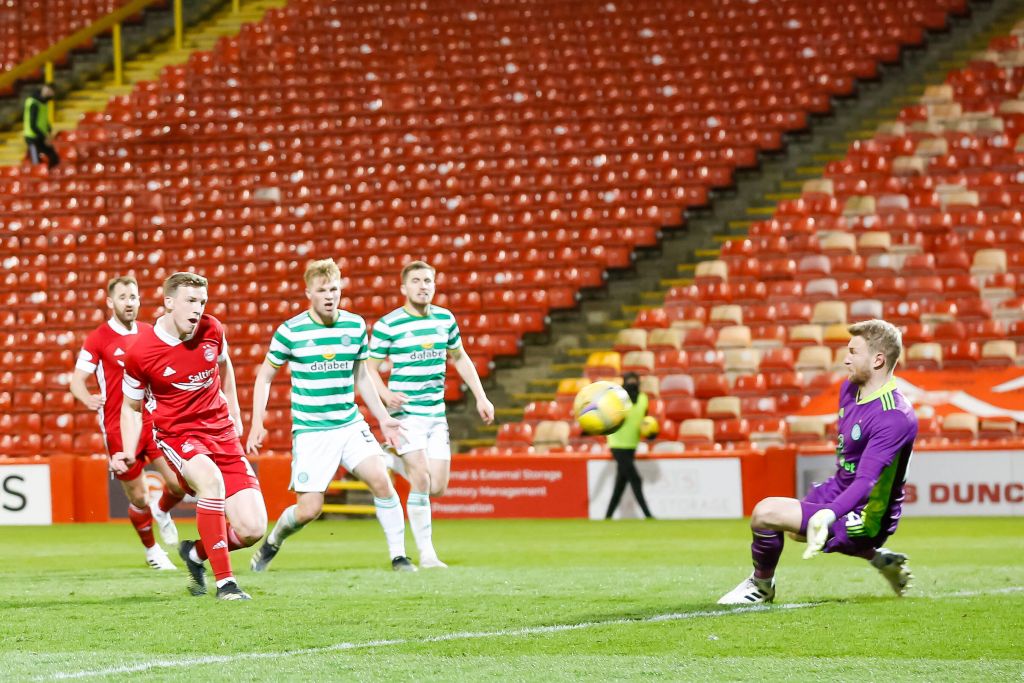 As Scott Brown moves on there will be call to replace the captain, but that would be impossible. Instead, we have to look to find players to replace the leadership, aggression, focus, physicality and that running power we saw from Broony in the early part of his Celtic career.

That won’t be one player. Those attributes will have to be spread amongst a raft of new signings, but there are two or three already performing in Scotland who could add some of those attributes to the Celtic midfield and one of those may cause some division and perhaps be a little controversial given his family’s ‘Rangers’ history. However, I don’t much care about any of that where Aberdeen’s Lewis Ferguson comes in. I’d sign him in a heartbeat because if we don’t, we know who might and he’ll be a thorn in our side.

Ferguson certainly doesn’t lack for fight as was evident in the Scottish Cup Semi-final when Tom Rogic felt the frustration of a winner on a losing side. In fact, Ferguson reminds me of a young Scott Brown and that Mohican that used to boot Alan Thompson up and down the park and go nose to nose with Neil Lennon. 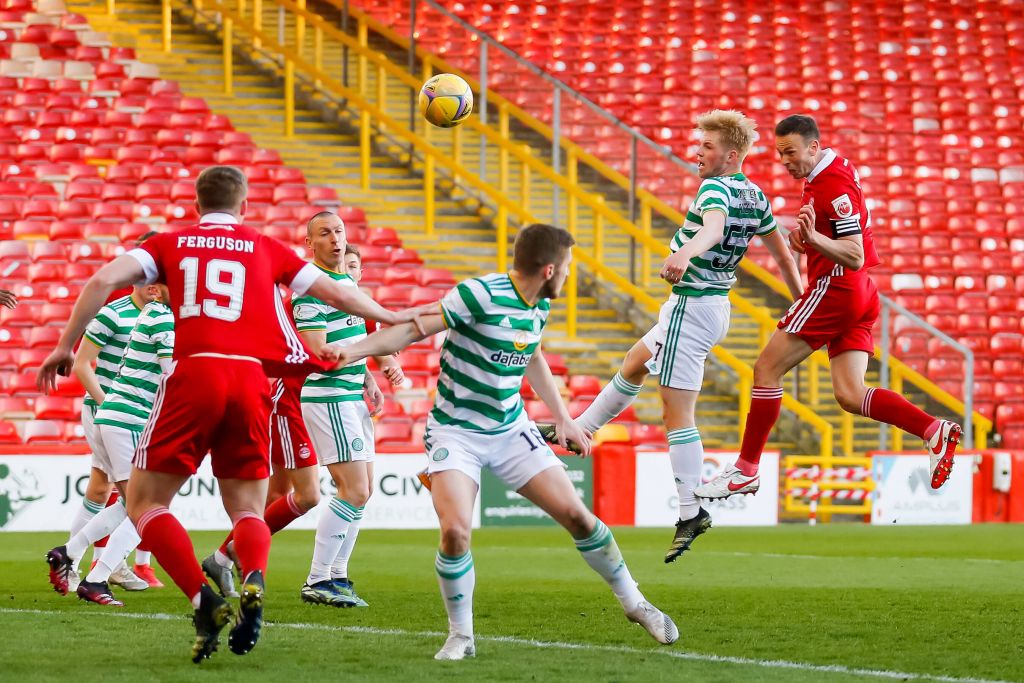 That Ferguson tackle on Rogic was even reminiscent of an Alan Thompson tackle at Ibrox a few years back, one where Thommo saw red. But that was two years ago and even then, I wrote at the close of the 18/19 season that Celtic should be targeting Lewis Ferguson. At that stage he was still raw and of course evidently lacking a little in discipline but I believed that could be channelled, indeed I hoped that would be under Broony’s guidance before an eventual passing of the midfield baton. Sadly we didn’t have the foresight for genuine succession planning.

It’s easy to think of Lewis Ferguson as that type of holding midfielder but in the two years since we raised the possibility of signing the combative midfielder, Ferguson has added more to his game. He is one of the leaders in the Aberdeen team and takes on field responsibility that belies his 21 years. He is a strong tackler and shields the ball well, and although he brings physicality, he also brings others into the game. 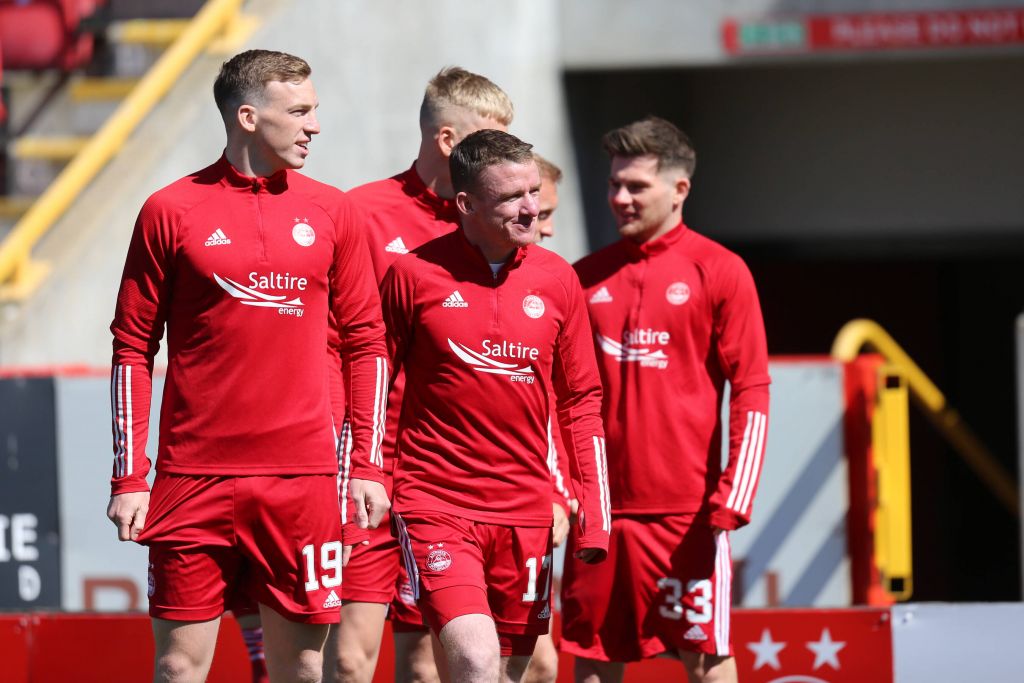 And he has added more to his game, he is now a regular goal scorer and times runs into the box now to support his forwards way better than I ever expected his game to develop. Indeed, much like John McGinn has now done at Aston Villa and for Scotland he could play further forward of a defensive midfielder with an aptitude for more attacking beginning to shine through, and being able to do both would give Celtic more options in midfield.

This season alone Ferguson has started 91% of Aberdeen’s games and in those games has scored eight goals and assisted four more, whilst in total with Aberdeen the player now has 21 goals and 22 assists in 122 games at Pittodrie.

Ferguson is is far from the finished article, as his 8 yellow and a red card would still indicate either his timing or his temper remains a work in progress. But with 11 caps at under 21 level, he will soon be knocking the door for international honours. Ferguson has also now added some European experience, albeit in predominately qualifying ties, with Aberdeen, and as with Scott Brown and when we missed out on John McGinn, Celtic would be signing a player who would probably come on leaps and bounds with better players around him. He’ll get that at Celtic and he may also get a top-class coach to boot in Eddie Howe.

Ferguson would also fit the profile age wise for re-sale value, and my belief is he’ll end up plying his trade in the top of half of England’s Premier league before long. We shouldn’t hang about, we should ignore the family history and we should sign him if we can. Ferguson clearly believes in his own ability and I don’t think the move would phase him.

READ THIS…Maybe Mañana, Maybe this Friday, Howe Managerial Delay is Not a Concern for ex-Celtic boss

Would Ferguson want to come? It would be a big decision for him but it shouldn’t be for us. Would Aberdeen sell him? If the price was right they would, and dad Derek has already stated Lewis is not the type of lad to be blinded by family loyalties. Of course, it could be construed as a controversial move but good young Scottish talent cannot be ignored and he’s one of the brightest young stars around. Keeping him in Scotland could only be to our advantage.

Lewis Ferguson may not replace every attribute that leaves Celtic’s midfield when Scott Brown does but when it comes to the physicality, aggression and determination, components our Celtic side has been missing this season, he certainly brings us attributes we desperately need.