You are at:Home»Latest»Celtic saddened to hear of the death of Archbishop Philip Tartaglia

A saddened Celtic FC have offered sincere condolences to the family of Philip Tartaglia after the news  of the death of the Archbishop was broken by the Archdiocese of Glasgow.

“We are saddened to hear of the death of Archbishop Philip Tartaglia who was a huge supporter of the club and regularly attended matches at Celtic Park. Everyone at Celtic offers their sincere condolences to Philip’s family and Scotland’s Catholic community at this sad time,” Celtic FC tweeted.

We are saddened to hear of the death of Archbishop Philip Tartaglia who was a huge supporter of the club and regularly attended matches at Celtic Park.

Everyone at Celtic offers their sincere condolences to Philip’s family and Scotland’s Catholic community at this sad time. pic.twitter.com/R9Hu9DJaoq

And Davie McLaughlin, one of the Tour Guides at Celtic also added his condolences and noted the contribution that the Archbishop had made to Celtic Graves.

Desperately sad news.
A huge supporter of @CelticGraves, where he blessed the Celtic cross erected in Dalbeth Cemetery in memory of @CelticFC‘s Founding Fathers, in 2013.

The ‘desperately sad news” of the Archbishop’s passing was broken by the Archdiocese of Glasgow and the full statement can be read below. 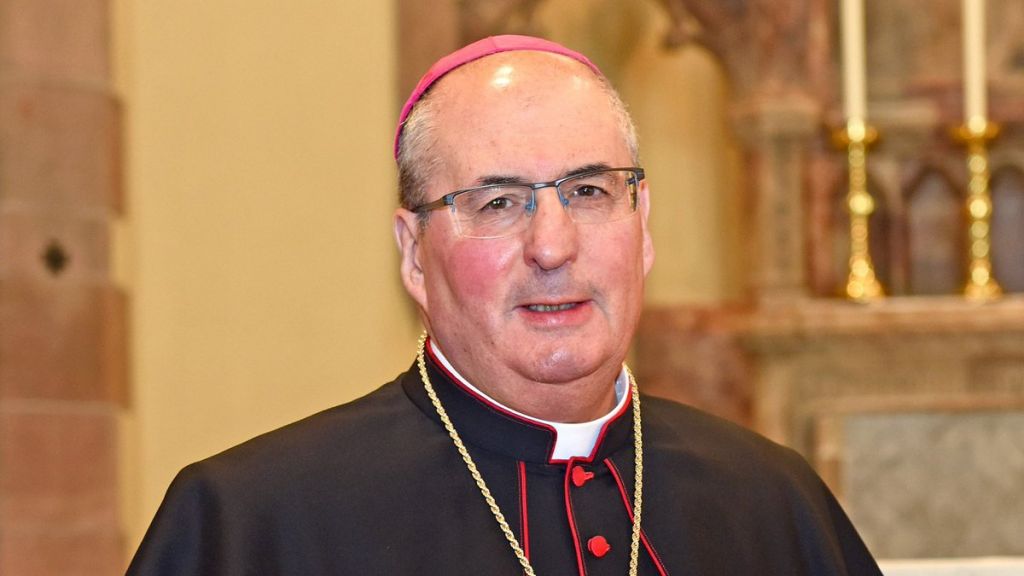 It is with the greatest sorrow that we announce the death of our Archbishop.

The Archbishop of Glasgow, Philip Tartaglia, has died suddenly at his home in Glasgow. He was 70 years old.

Archbishop Tartaglia, who had served as Archbishop of Glasgow since 2012, had tested positive for COVID 19 shortly after Christmas and was self-isolating at home. The cause of death is not yet clear.

The Archbishop had served as leader of Scotland’s largest Catholic community since 2012.
The Pope’s Ambassador to Great Britain, Archbishop Claudio Gugerotti has been informed.
It will be for Pope Francis to appoint a new Archbishop to succeed Archbishop Tartaglia, but until then the Archdiocese will be overseen by an administrator.

Please pray for the repose of the soul of Archbishop Philip, for his family and friends and people of the Archdiocese.

Philip Tartaglia was born at Glasgow on 11th January 1951. He is the eldest son of Guido and Annita Tartaglia and had three brothers and five sisters. After his primary schooling at St. Thomas’, Riddrie, he began his secondary education at St. Mungo’s Academy, Glasgow, before moving to the national junior seminary at St. Vincent’s College, Langbank and, later, St. Mary’s College, Blairs, Aberdeen. His ecclesiastical studies were completed at the Pontifical Scots College, and the Pontifical Gregorian University in Rome.

He was ordained Priest by then-Archbishop Thomas Winning in the Church of Our Lady of Good Counsel, Dennistoun on 30th June 1975. He then returned to Rome to study for his Doctorate in Sacred Theology.

On completing his Doctorate in 1980, he was appointed assistant priest at Our Lady of Lourdes, Cardonald, while at the same time becoming visiting lecturer at St. Peter’s College, Newlands, Glasgow.

He served as Rector until 1993 when he was appointed to St. Patrick’s, Dumbarton, as Assistant Priest before being appointed Parish Priest of St. Mary’s, Duntocher in 1995. In 2004, the Bishops’ Conference appointed him Rector of the Pontifical Scots College, Rome.
On 13th September 2005, Pope Benedict XVI nominated him Bishop of Paisley. On 20 November 2005, he was ordained Bishop in St Mirin’s Cathedral by Archbishop Mario Conti who he was to succeed as Archbishop of Glasgow.

On 24th July 2012, Bishop Tartaglia was appointed Archbishop of Glasgow and was installed at St Andrew’s Cathedral, Glasgow, on Saturday 8th September 2012, the Feast of the Nativity of the Blessed Virgin Mary. 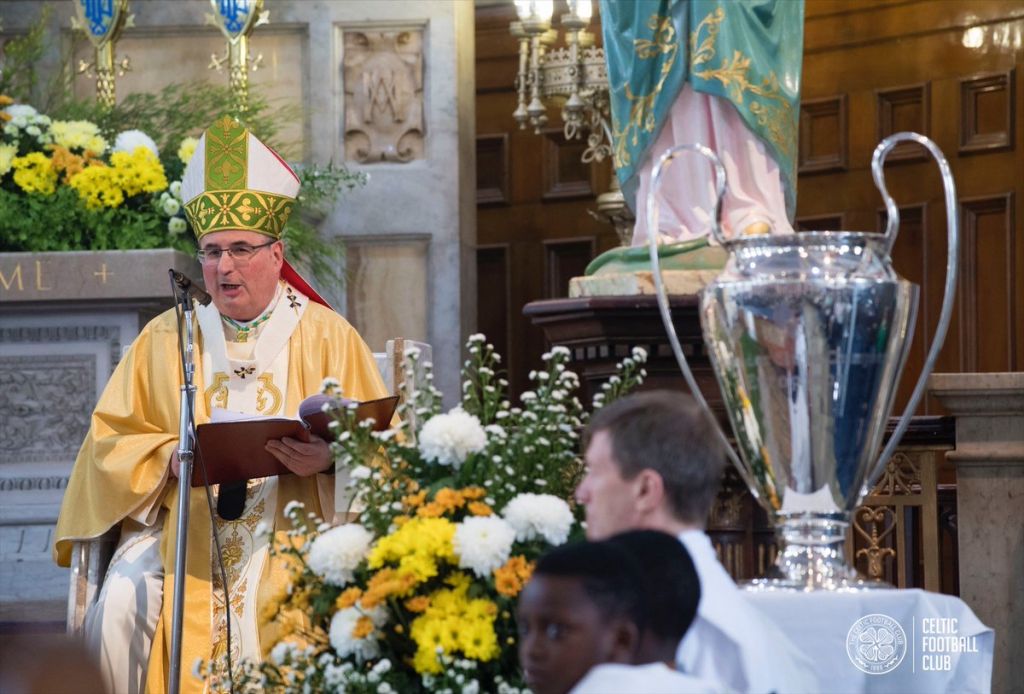 And Celtic Graves have also posted a message of condolence. “The Celtic Graves Society are saddened by the death of Archbishop Tartaglia, we send our deepest condolences to his family. May he rest in peace.”

The Celtic Graves Society are saddened by the death of Archbishop Tartaglia, we send our deepest condolences to his family. May he rest in peace. pic.twitter.com/LDe6CETTYr